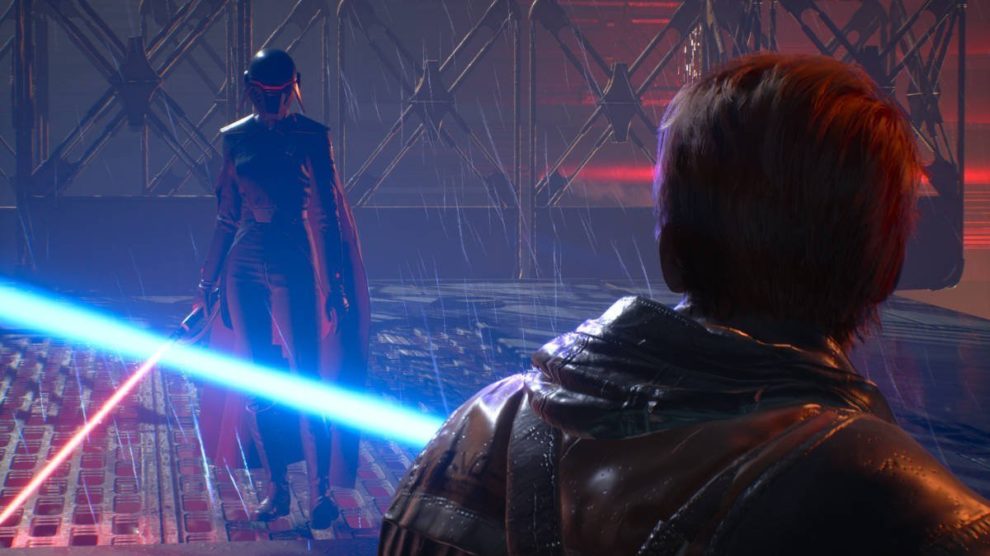 Star Wars Jedi Fallen Order is out today for PS4, Xbox One and PC. Read below if you want to know how long it took us to finish the story — no spoilers, just a time.

It took me around 25 hours to finish Star Wars Jedi Fallen Order on the default (Jedi Knight) difficulty. There are two harder difficulties, plus a considerably easier story mode, all of which will affect the time taken.

I spent a decent amount of time exploring, opening crates and finding Jedi echoes, but only ended up with around 85% – 90% completion in most areas. The ones I missed are likely those harder or more time consuming to find, so I would estimate another few hours if you want to find everything.

How many chapters are there in Star Wars Jedi Fallen Order?

The games doesn’t draw your attention to this, but if you want to gauge how far you are, the main quests are split into six chapters.

Press the menu/options button and go to Databank. Under Quest, you’ll see the chapter you are currently on and those you have completed. Each chapter is then split into acts; here is how many each has:

As mentioned, this isn’t like Uncharted or Gears of War where the chapters are promoted on-screen. If you’re not reading the data BD-1 scans, you would never find this, and each act really only serves to record a paragraph of story highlights. But it is a good way to track progress.

What happens after the final boss in Fallen Order?

Nothing story related, but very minor spoilers below as to what you can do and where you can go after beating Fallen Order.

Star Wars Jedi Fallen Order is a very story-driven experience, and you’ll reach a point where the end feels near. By all means stop there and backtrack to unlock more ponchos and lightsaber components, but don’t be afraid to push forward and finish the story — you can go back!

After finishing the story, Cal will respawn on the Mantis before his final encounter at the Fortress, the sixth and final planet unlocked. You can’t go back there, but the other five major planets are all available to continue to explore. 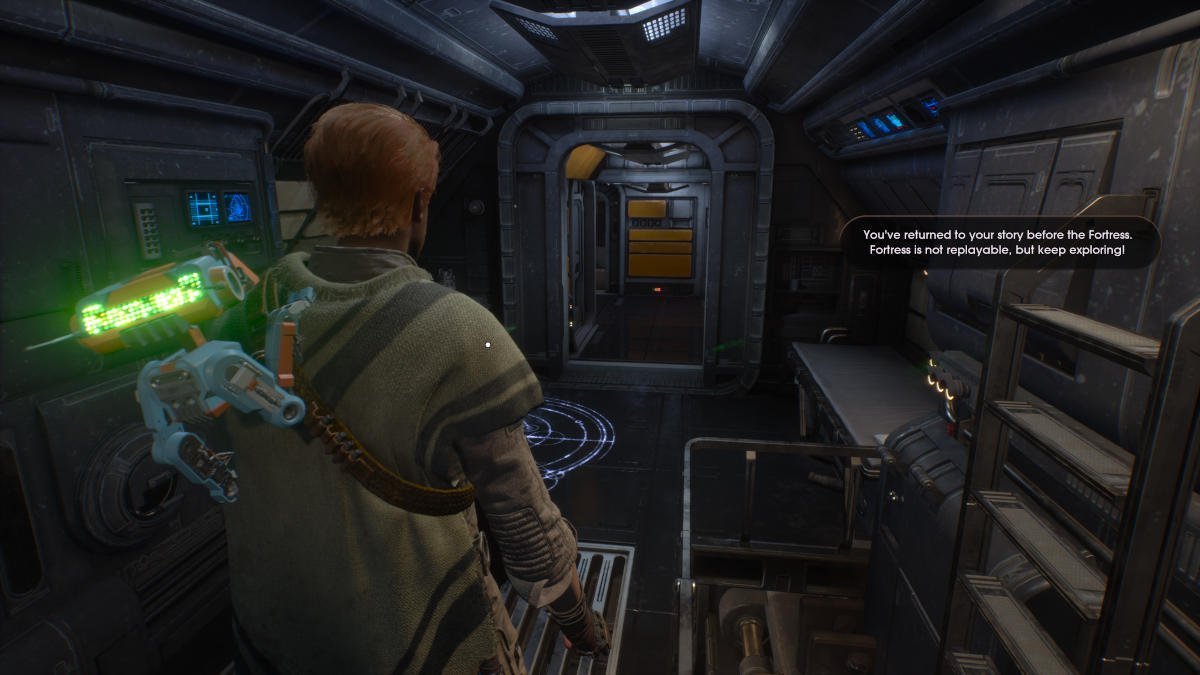 As mentioned, Star Wars Jedi Fallen Order is out today on PS4, Xbox One and PC.