Home » Features » Opinion » It’s not me, it’s you: Consoles and their local multiplayer failures

It’s 2001 and I should be studying for the HSC advanced maths exam. I sit shoulder-to-shoulder with my study partners, hunched not over a textbook held together with masking tape learning quadratic equations but around a television playing Wacky Races, a not particularly great kart racer on Dreamcast based on a cartoon from two decades before any of us were born.

We’ve resorted to this because our shared NBA Showtime and NFL Blitz discs have finally succumbed to a year of travel every other weekend, to the home of whoever’s parents were least sick of us yelling, rumbling and emptying their cupboards. We travelled as they did, spending weekends bashing on what remains one of the great multiplayer consoles, playing everything from Chu Chu Rocket to Powerstone to Virtua Tennis to (shudder) Sonic Shuffle. That wasn’t going to stop for some pesky exams or scratched beyond recognition GD-ROMs. In an unrelated note, I failed advanced maths.

Our group developed a love of local multiplayer games, like many in our generation the default of four controller ports of the N64 and Dreamcast was a more important innovation than 3D, console hard drives and internet connectivity. We carried this love of local through the years — Halo alone looked after that for half a decade — and in recent times the PC indie revival has picked up the slack as consoles abandon four people on a couch play in big releases.

This weekend gone by, we celebrated the imminent nuptials of the remaining bachelor in that “study” group, and while the VMUs beeped incessantly and the controllers needed to be half unplugged to be detected by the console, the Dreamcast did us proud once more. NFL Blitz 2000 is still a heck of a game and Sega Marine Fishing remains the best simulation of catching 80kg Sailfish on the market. I wish I could say that the modern descendants of the Dreamcast showered themselves in that same glory.

The Xbox One UI and architecture as a whole is a bit rubbish, but as a solo player who is logged in by the all-seeing eye of Kinect whenever I park my arse on the lounge, it has never bothered me beyond waiting for its sluggish menus. Attempting to do anything more, such as adding three more players to the mix is just too much to handle for Microsoft’s big box that couldn’t. After wrestling the interface to log three other users in as guests, we eventually loaded up the maligned Master Chief Collection. It handles local multiplayer just about as well as it does online. Each user had to once again choose a user profile, after which we were then informed that the currently offline console could not sync save files. Upon accepting that fact the console continued its valiant effort to sync with the Cloud without an internet connection available, like a child trying to pull its sippy cup with the Force.

Cancelling that endless stream of dialogues finally allowed the user to join the multiplayer lobby. Sometimes. Try as we might the most players we could get into the lobby was three, the fourth proved continually elusive and frustratingly without a discernible pattern to its failure. When we threw in the towel and just attempted a three-player game, it crashed on the loading screen.

The problem lay squarely with the incessant need to tie your every action to a profile, completely dismissing the possibility you may have one off users of your console. It gets worse when individual games want their own share of your metadata along with the console layer, requiring individual in-game profiles, cloud-based saves and worst of all not being satisfied with a single console profile but requiring registration with Xbox Live and a Microsoft account. 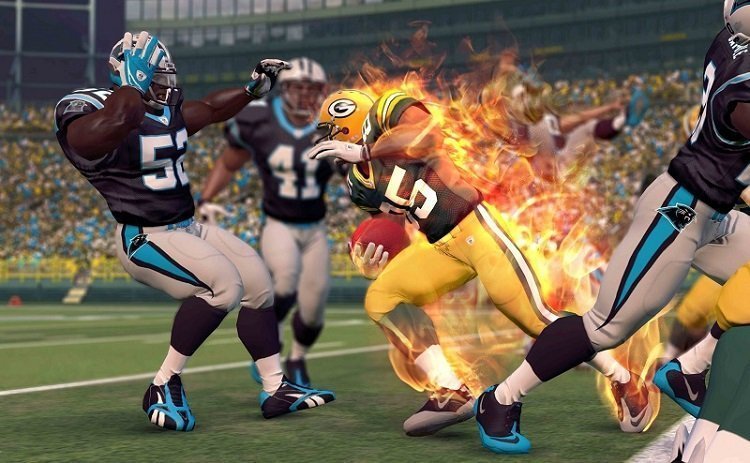 Games are increasingly like a public restroom: you’re either in or you’re out. There is no standing halfway through the door, and the discourse within is mostly scrawled profanity. For semi-committed gamers who are still prospective console buyers this generation, seeing my head sinking into my hands as the Xbox One fails at its most basic function is not a ringing endorsement. These are potential buyers, opening that door only for the console to jump from the stall and start crapping over the walls. Who wouldn’t walk right back out?

It was a performance that all but ensures they stick with board games for the foreseeable future. Secret Hitler doesn’t hard crash, Mysterium doesn’t demand profile maintenance a 4X sim would be proud of, Codenames doesn’t require updates every time we open the box. This Xbox One misadventure was hardly an isolated incident, at recent gatherings everything from the Jackbox Party Pack to Rocket League has failed us in some way while multiplayer-focused PC games like Videoball couldn’t even manage to support Xbox One controllers at launch. Don’t even get me started on Rock Band 4.

As an advocate of local multiplayer who only gets a few chances a year to impress it on friends increasingly disinterested in gaming, it makes it tough to convince them I’m doing anything other than wasting my time sticking with a hobby that can be so actively hostile to being enjoyed. In a world where online communities are increasingly toxic (or at best hyper-competitive), local multiplayer is one gateway to gaming that shouldn’t be abandoned. Plugging four controllers into a console and enjoying some games should be a simple process, Sony and Microsoft have made it far more difficult than it needs to be.