It's time to go to Ireland.

Assassin’s Creed Valhalla‘s Wrath of the Druids expansion is now available, and Stevivor sat down with Hugo Sahuquet (Narrative Director) and Stéphane Boudon (Content Director) to discuss the new content.

Taking place in Ireland, Wrath of the Druids pits Eivor against a druidic cult known as the Children of Danu. We used our opportunity to discuss differences between this expansion and the main title, Eivor’s relations, Raids and more.

Ben Salter, Stevivor: A lot was drawn from Viking history across England in Assassin’s Creed Valhalla. How does it differ in Ireland, and where does that allow you to take Eivor’s story in Wrath of the Druids?

Hugo Sahuquet, Narrative Director:  The historical context is very different from England, explored in the main game. As opposed to England, the Norse were already defeated in Ireland at the time of the expansion. This very particular context led the Norse to pursue a more peaceful and economical approach to their relationship with the Irish.

When the Wrath of the Druids narrative kick starts, the Norse (or Danes) have been raiding in Ireland for 8 decades and settled in Dublin for already 40 years. The Norse merged more quickly with the locals than in England. There was a new generation of Norse-Gaels emerging from Irish and Norse parents.

This was very interesting for us to explore after the main game, we felt there was something new to see.

Our main character Bárid mac Ímair embodies all this. Born from an Irish mother and a Norse father, Bárid is a Norse-Gael and king of Dublin. He is trying to change his people’s way and works towards a peaceful future with the Irish. Bárid is a lot more about politics and economics than war. So Eivor gets to see this new way of thinking and can agree with it or not. 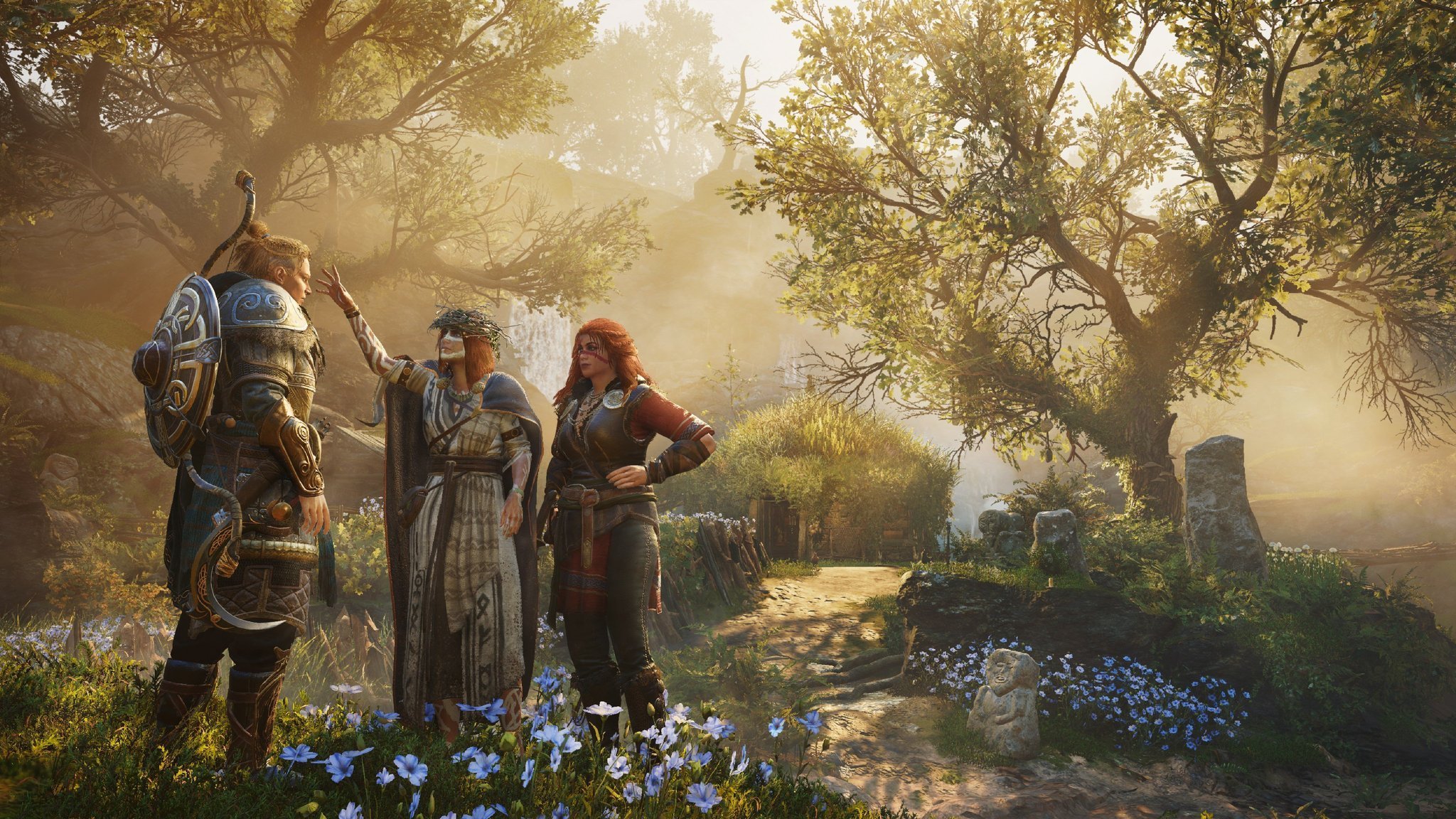 Bárid also says he is Christian while still believing in the Norse gods. He represents this merging of culture that happened in Ireland in the 9th century.

And there are a lot more historical elements that made Ireland so interesting for Wrath of the Druids, but we will explore that in your other questions!

Stevivor: We have been introduced to High-King Flann Sinna, who had quite a colourful rise to power in the real world. What does his relationship and dealings with Eivor entail?

Sahuquet: How Flann Sinna ascended to the kingship of Meath in 877 by murdering his cousin is not explored in the expansion, only his ascension to High-Kingship in 879 is. However, it did serve as a base for us to build his relationships with the other kings.

From the get-go, Flann appears to have a weak position as a High-King, so much so that he decides to rely on Bárid and his Vikings to help secure his position. That is a weighty decision to make for a High-King of Ireland, allying with Danes, and Eogan, the abbot of Armagh, warns him about it.

The Royal Demands, a new feature from the expansion, see Eivor working to earn the Irish kings’ support for Flann Sinna. This is coordinated by Ciara, whose tasks as a royal poetess were a lot more than singing and writing poems: poets historically had many political and diplomatic tasks.

It is the first time Eivor must deal with a king as powerful as Flann Sinna, who leads an entire country. This leads them to be noticeably more respectful than they might have appeared in England. Flann, before being a king, is also a proud warrior who can recognize and acknowledge Eivor’s abilities. This leads him to trust them more quickly than their cousin Bárid, who is a lot more about politics and intrigue. 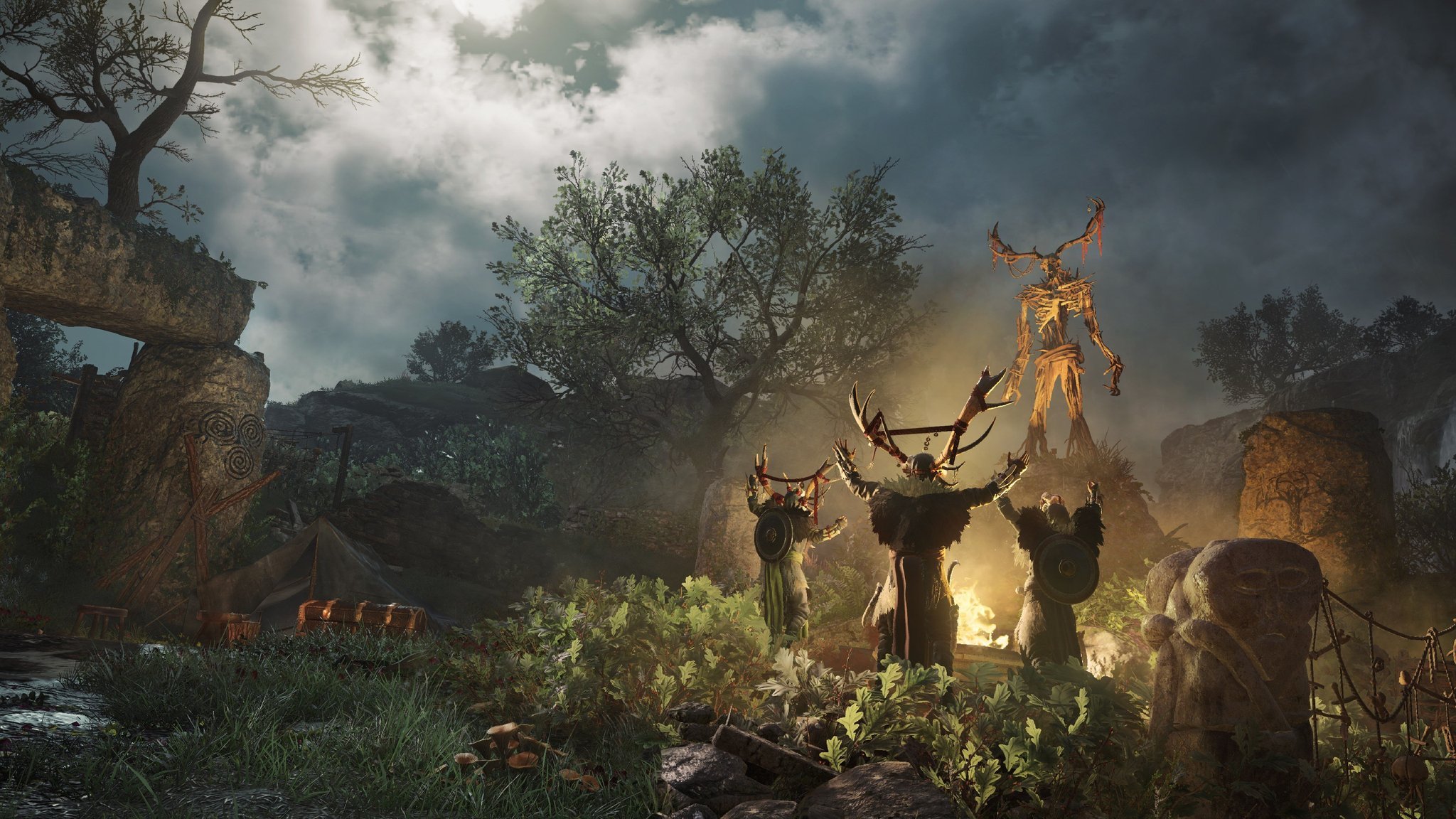 During the expansion, Flann says himself that he does not give his trust easily. In fact, the distrust he has for Bárid is the direct representation of the relationship the Irish and Norse might have had at the time. Vikings were historically used by Irish kings as mercenaries, but it does not mean that “trust” was an easy thing. Flann and Bárid/Eivor’s relationship and how it evolves during the expansion is a depiction of this.

Stevivor: It has been something of a family affair for Eivor, with Sigurd an important figure in their life so far and now the introduction of Eivor’s cousin, Baird. He seems like a pretty important fellow as King of Dublin – what does he make of Eivor and how do the two of them get along as cousins?

Sahuquet: Eivor and Bárid are very close. Bárid is a bit older than her, they know each other from their early childhood. Bárid’s family took Eivor’s in during a plague year when no one would. Eivor considers that their family owes them an immeasurable debt and in fact they say they owe them their life.

At some point, Bárid and his family left Norway to live in Dublin, and they never came back. Eivor even thought Bárid was dead. That is why when they receive his letter they are both surprised and overjoyed.

Bárid has a deep respect and admiration of Eivor. They are everything people wanted Bárid to be. A strong, fierce, and feared warrior. Even as a kid, he saw Eivor’s courage and bravery. But Bárid was not a warrior, he was a better with words than with axes. So he chose a different path that not all Vikings may recognize. In fact, his own son Sichfrith is very critical of his apparent weakness.

When Eivor and Bárid meet again in the expansion, many years after they’ve parted ways, the strength of their relationship still shows and they catch-up warmly. Still, they have clearly chosen different paths and they will both grow near one another because of it.

Stevivor: The narrative and quest structure seemed more intricately linked in AC Valhalla than previous games. Each region presented its own mini-story arc of sorts, and while power level was important, it felt more like a guide than a gate. How do you now add quite a lengthy expansion into that mix, and find a point where it fits for players of varying power levels?

Sahuquet: From the very beginning, the expansion was meant to be available from the early game. You only need to complete one of the first two arcs of England before being able to go to Ireland. The recommended level is 55. This poses significant challenges as we need to accommodate for different player levels and story progression.

On the gameplay side, we have a system that lets enemies scale up to the player’s level.  On the story side, since we are not the continuation of the main game, we need to make sure not to develop any narrative that could impact the main game or change Eivor’s perception of specific things.

For instance, if we talk about Isu or Odin, it may give Eivor insights that could conflict with the main game’s story. But we are still doing an expansion for Assassin’s Creed Valhalla, so these elements need to be there! Therefore, we need to be more on the suggestion side, tell stories between lines rather than on the frontline. 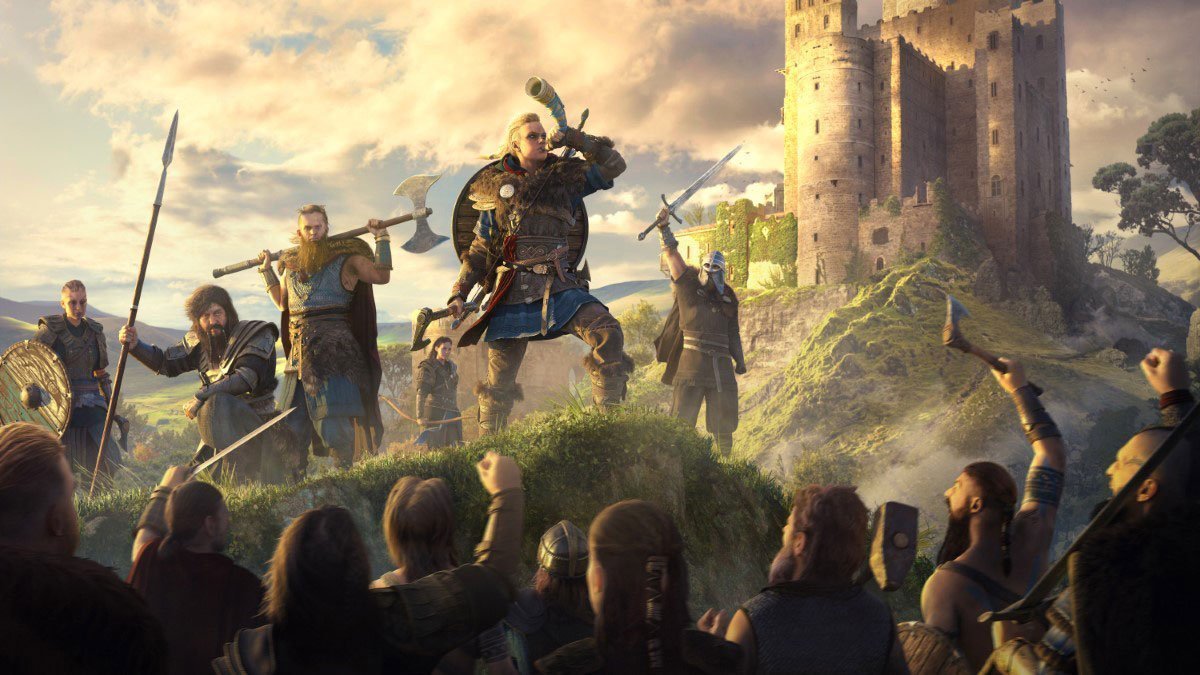 Stevivor: Raids were crucial to establishing a strong settlement in England. Do these play a similarly prevalent role in Ireland or do they take more of a backseat?

Stéphane Boudon, Content Director: With the economic turn of Dublin, now raids become a way to build the many trade posts of Ireland and improve them. These trade posts will constitute a vast trade network and will provide various Irish resources to the Dublin’s dock.

Azar, the Dublin economic chief will help you to exchange these goods for exotic rewards with overseas merchants. As you do so, the renown of Dublin will grow and will open new economic opportunities with new merchants.

However, raids are not mandatory to move forward in this new trading loop, but they will help you to build a faster and a more efficient trading network to make Dublin the most flourishing trading hub of Europe.

Stevivor: Eivor looks to have some new tricks up their sleeve, especially with the introductions of sickles. Has the balance of combat been changed at all?

Boudon: The balance of combat remains the same, we take a great care to keep the player experience balanced. Sickles come with their advantages and their flaws like the many other weapons of the game. For instance, sickles are very quick weapons, but their reach is limited.

Same goes for abilities, they come to complete the arsenal of the player while still requiring a good amount of skills and challenging players who want to use them. Furthermore, they open up possibilities for creativity if you want to combine them in the most efficient way.

Of course, some weapons like the Gáe Bolg are especially designed as endgame weapons and meant to provide a significant power to their users. They are gods works, after all!

Our thanks to both Sahuquet and Boudon for their time.