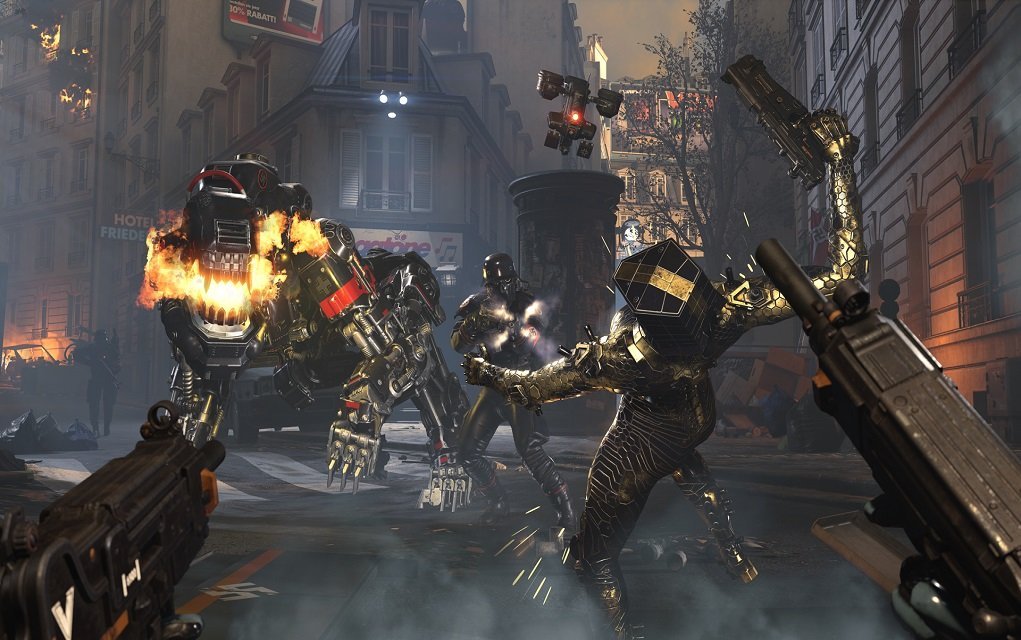 Go and punch a virtual Nazi in the face.

In a day and age where video games publishers insist their games aren’t political, it’s refreshing to have one really lean into it. This is the case with MachineGames and the upcoming Wolfenstein Youngblood.

“We don’t try to distance ourselves from that,” Executive Producer, Jerk Gustafsson, told Stevivor. “We understand creating a game and developing a game where the U.S. player and protagonist fighting a Nazi regime that’s taken over the world is, of course, in many ways political.

“And there are aspects of that throughout the game, through our lore and everything we try to communicate with the story. First and foremost, as the player, you set out to fight the evil of the world; you want to liberate the world from this evil. In our games, the Hitler regime and the Nazis represent that evil.”

To Gustafsson, fun comes through experiences with “purpose and a meaning”, and freeing the world of Nazis certainly qualifies… and, almost unbelievably, mirrors situations arising in the world today.

“We read the news, and everything that goes on in the world, a lot of things become political. And things happen nowadays, as well,” Gustafsson continued. “We don’t shy away from the fact that we are creating games about liberating the world from the Hitler regime and the Nazis that won the war in our alternative history.”

Wolfenstein: Youngblood heads to Windows PC, Xbox One, PS4 and Switch on 26 July. We previewed the game recently at E3 2019. Expect more with Gustafsson ahead of release.