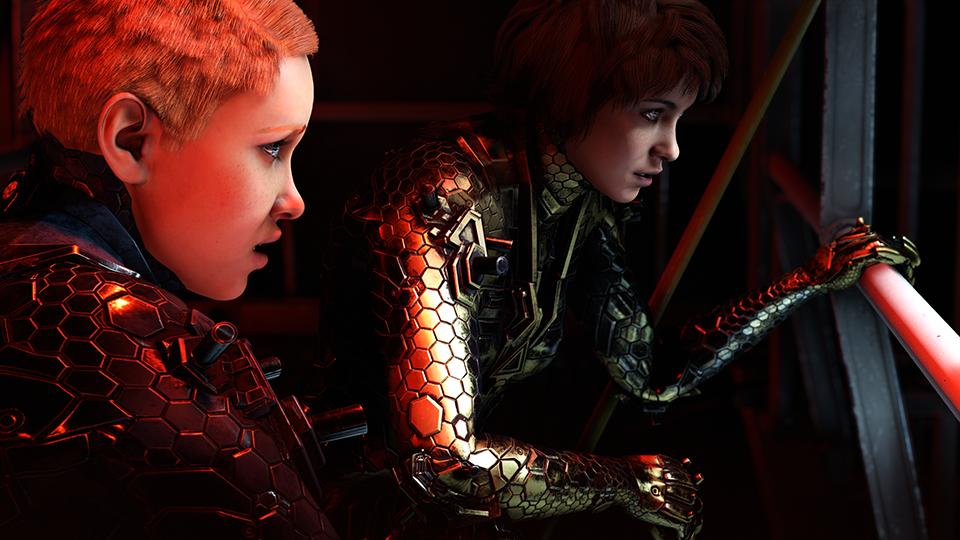 Perhaps the biggest difference between Wolfenstein Youngblood and MachineGames’ previous entries in the franchise is that this one will let you play through it all in co-op as BJ Blazkowicz’s daughters, Jes and Soph. Like Wolfenstein is embracing co-op, MachineGames had to as well, fusing itself with fellow Bethesda studio Arkane in order to do so.

“We have always had a very good relationship with our colleagues at Arkane,” Executive Producer, Jerk Gustafsson, told Stevivor. “After they released [Dishonored:] Death of the Outsider, we decided that we wanted to do something together. Our plan at the time was to do something more akin to [Wolfenstein:] The Old Blood; something in between our bigger titles.

“When I talked to the Arkane guys, we decided that we wanted to not only work together — learn from each other — but also try to broaden our experience and broaden our portfolio with different ways of approaching the media.”

“We have never really a serious attempt of going online in any way, and we thought it was a good opportunity to do it for a first time,” Gustafsson asserted. “Adding another player in to the combat of Wolfenstein, which we have … done so many iterations on and worked a lot on over the years, we always thought it will be redefined to add another player in to the mix and see what happens. And Arkane gave us this opportunity so I’m very happy that we took it.”

Gustafsson said that now, nearing the end of development and very close to the game’s launch, it’s not really a case of MachineGames and Arkane, but something altogether new.

“Since we have collaborated in the sense that we have, we see it as the Youngblood team; as the Cyberpilot team. There are people from both studios as part of each team. It’s been a proper collaboration from the ground-up basically; everything from the initial design to level design, to whatever. Basically all the processes of game, all parts of game development.”

Wolfenstein: Youngblood heads to Windows PC, Xbox One, PS4 and Switch on 26 July. We previewed the game recently at E3 2019. Expect more with Gustafsson soon.