Stevivor recently had an opportunity at E3 to sit down with Patrick Fortier, Gameplay Director on Deus Ex: Mankind Divided to check in on how the project is shaping up.

Stevivor: How does the game start off?

Patrick: Mankind divided takes place two years after the events of Human Revolution. The world is a different place; there’s clearly a divide between the general public and the augmented people and it starts with some alienation, segregation and then ghettos and then government getting involved in it and turning the complex into an actual ghetto city for augmented people outside of Prague. There are other such complexes around the world too.

So, we’re really living through this area this time period of mechanical apartheid we’re calling this segregation between augments and naturals. Adam Jensen is back, compared to what he was in Human Revolution where he was like I never asked for this he’s being thrown around and he doesn’t quite grasp whats going on. This time he’s trying to lead the charge, trying to get some real answers. Who’s pulling the strings? What’s going on with the Illuminati? He’s officially part of Task Force 29, which is this anti-terrorist group formed by Interpol, but he’s also working with another more clandestine organisation that thinks that maybe the task force has been infiltrated by some Illuminati agent so he’s kind of working both groups for his own purposes to find his own answers.

Stevivor: Tell me about the new weapons.

Patrick: The whole game is built around these four pillars: combat, stealth, hacking and social interactions.

The combat pillar is one that we wanted to tweak and rework a little bit. We felt that it wasn’t quite on par with the stealth in Human Revolution so we put a lot of time into making things a little bit more visceral having all the little details that make the difference in the camera positioning. Where the gun goes the muzzle flash the sounds, the look, all these little things that make it a little bit more reactive.

The cover systems been reworked you can do take downs from cover, every things more fluid. A lot of the new augmentations lend themselves really well to the combat also. You can use them on the fly which is not to say that you need too. We’re not orienting the game towards that we’re just trying to make it on par to really deliver the true option. When we say you play how you want to play and you choose what you want to do. It becomes a real thing because there both equal and its really up to you to decide if you want to go one way or the other or probably a mix of both, most people try to do a little stealth when they can and combat when they get in trouble and get back into stealth again later. We’re really trying to support that.

Stevivor: I know you’ve addressed this already, but obviously the boss battles last time stealth wise didn’t work out even though they were fixed eventually. How are they going to be approached this time? Is full stealth an option?

Patrick: What you started seeing in the directors cut is very much the direction that we want to follow through with with this game so when we say from beginning to end you can go through the entire game and not kill anybody there’s no little asterisk. There’s no except. Its the real dead throughout witch is not to say things don’t happen to characters narratively speaking but you’re not the one, we leave it up to you to pull the trigger or not or use a weapon or not. There’s freedom to fully play out the play style that you choose. 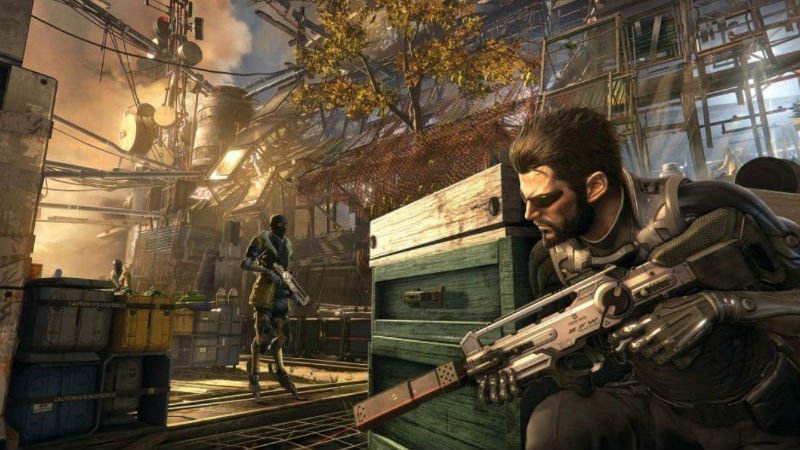 Stevivor: A while ago before this game was properly announced Square was talking about Deus Ex universe. Where does this game fit in to that?

Patrick: I think it fits in the idea that anything we do in Deus Ex is always looking at building beyond the scope of the game. Its about understanding our world and understanding where its going. Heading forward knowing who the characters are and how they react in different situations even though some of those situations will never occur within the context of the game. We are always building this much for whatever we end up using for the slice of each game so I think in that sense we’re always building the world and the universe.

Stevivor: How do you balance stuff like being able to do whatever you want basically. You’ve got a lot to take into account as far as what a player might do?

Patrick: Its a tough balancing act. We’re doing it throughout the cost to get fully augmented. I don’t know if you saw in the demo you have the tesla that can take down like four guys at once. That’s a fully upgraded tesla so that means you’ve invested a lot into it. If you want it to work like that then you’re still limited by the amount of ammunition you get for that weapon so you cant just go around and do that all the time there’s a real cost associated with it. Other augmentations are energy bases where they consume some energy like the titan shield and things like that.

It’s always about striking the right balance between energy consumption and ammo consumption. We see the augmentations really as creative tools for players. When we come up with something new we rally want to see how does it mix and match with the other augmentations and how can it support both combat and stealth with the same tool. For example, the icarus dash: you can smash into people and knock them over for combat but you can also dash straight into cover to remain stealthy. So the same augmentation can have a very different purpose for different players.

Stevivor: Are there parallels in the story with our world you’re trying to show?

Patrick: I think so. We’re not pointing the finger at any one or particular situation but its all over our world isn’t it? Reasons to segregate, separate and create walls and divisions between groups of people for religious reasons, ethnic reasons all kinds of reasons and its a difficult theme and that’s why we like to explore it. That’s one of the beauties of this franchise, that we can tackle some of these topics and rely on the intelligence our player so say we’re not going to insult you and dumb it down. We’re going to go straight into these real issues. 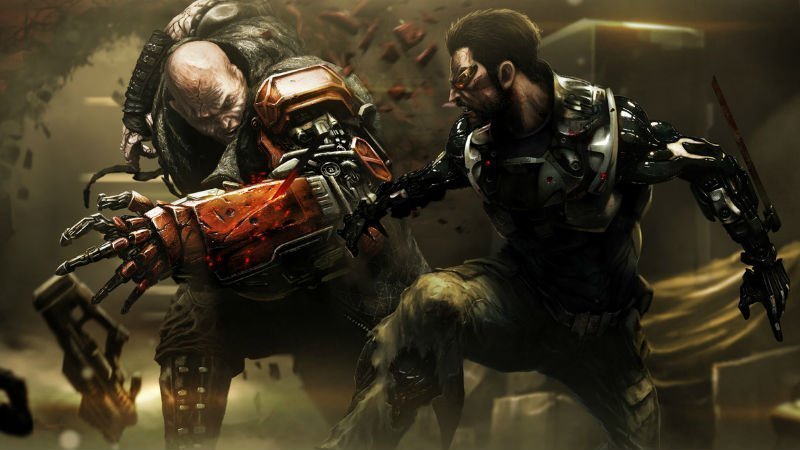 Stevivor: Is there anything else you can tell us?

Patrick: I think in every department it was a big learning process to do Human Revolution and the team kind of learned how put all those parts together. I feel its a little different than some of the other triple A games out there in the sense that is still hand crafted. Its not like this departments doing this part when he’s in the city and they’re doing that. We have to be really tight because we’re a smaller team and we have to communicate about everything because very single asset has to tell the right story it has to go in the right direction. We justify everything.

Its about how do we push that further from Human Revolution now that we know how to fly a little bit can we take off and tackle some new challenges? The levels are constructed in a more 360 degree way instead of like sections of little boxes. We’re looking at what if you can really enter this area. You can go throughout the front door or go through the window, through the roof or through the basement and its up to you to decide what you want to do. That’s challenging in terms of the AI as well. If you start fighting it still needs to make sense and follow the pacing. Narratively its all about freedom and choice and consequence but now we want to put that throughout the whole game not just in the major branches in the story. Some of the choices that you make early on in the first hour of the game can actually have repercussions on which ending is available to you at the end. Its a really intricate thing.

Our narrative team loves that challenge. Every time we add something else they see all the repercussions of adding that choice and it mean this can happen or that could happen and it all trickles down. Its an incredible tree. They have an excel thing with all the consequences mapped out and its kind of a nightmare for them but that’s what we crave that’s what we think adds a lot of value that you act and make actions and you actually get throughout them and see what comes out of it.

Stevivor: Lastly, have you ever heard from Warren Spector about the last game or this one?

Patrick: We did actually.

Warren Spector came to see the game yesterday. He spoke to the devs and said when he saw it it really felt like Deus Ex. He said my baby is all grown up now so we were blown away. So yeah, it feels good.

Deus Ex: Mankind Divided will be available in 2016 for PS4, Xbox One and Windows PC.