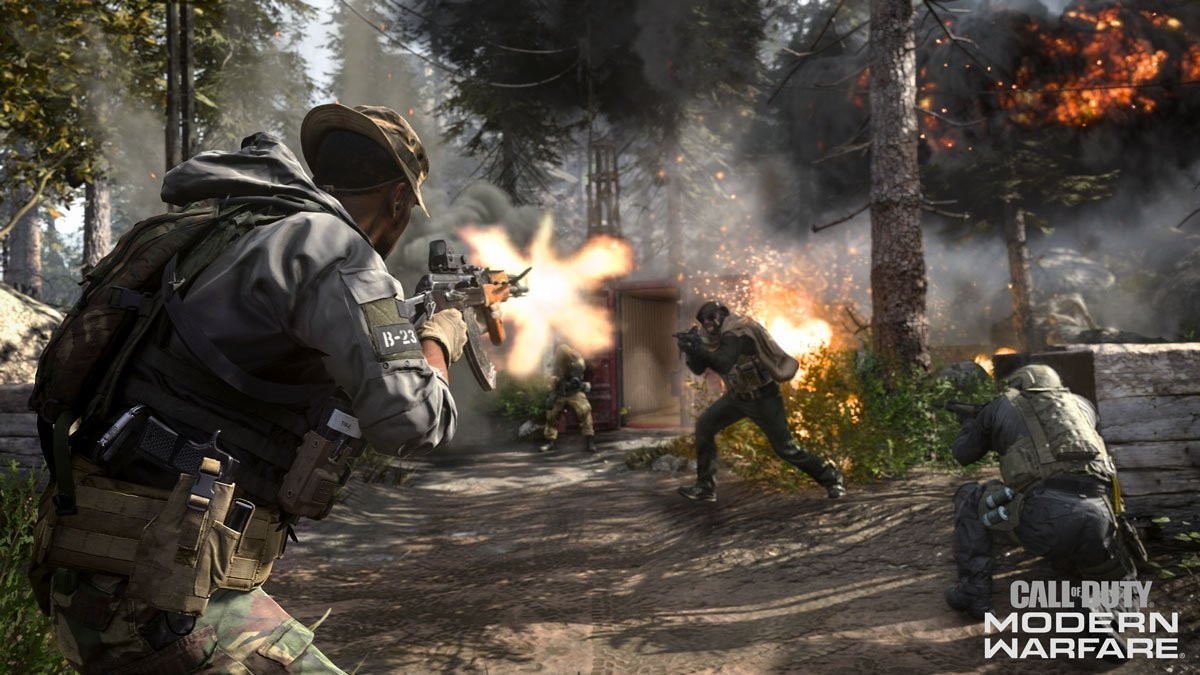 The Call of Duty Modern Warfare closed beta is on now for those on PS4, providing a chance to get a taste of the game before the beta opens up to all players on PS4 later today. If you’re not on PS4, not to worry — from 19 September, all pre-order players on both Xbox One and PC will gain access, followed by an open beta across all platforms on 21 September that tests cross-play support.

In light of all those dates, we sat down with Infinity Ward’s Dino Verano at Tokyo Game Show to discuss the finer points of the betas alongside Modern Warfare itself.

Ben Salter, Stevivor: Modern Warfare seems to be making a more concerted effort to link all three game modes. What does bringing the three of them together allow you to do compared to the previous COD games?

Dino Verano, Producer, Infinity Ward: So, what we feel this allows us to do is kind of tie everything together into a singular experience. Right? Actually, our studio head, Pat, talks about this a lot, he says that he doesn’t want people to be like, “Oh, I’m more of a campaign guy. I’m more of an MP person. I’m more of a co-op person”. He wants people to identify and feel like they’re all Modern Warfare people. Right? He wants it to feel like it’s all one singular game, one singular experience, and you play Modern Warfare.

Stevivor: It’s touted as the most realistic Call of Duty game Infinity Ward has made. Is that largely due to the influence of real world professional operators? How much of the movement and tactics are based on what they actually do?

Stevivor: I know a lot of people were surprised at how bleak some of the content shown at E3 was. Some of it was actually quite confronting, was pushing that boundary, an intentional choice in returning to Modern Warfare, and where do you draw the line in the search for a story that could fit within the real world?

Verano: I believe that it is an intentional choice to tell a story that is provocative, that is kind of thought provoking, if you will. Right? We wanted to tell a story that was not so clear cut, and not so two dimensional, and not this idealized portrayal of war. Right? We’ve talked to people from all around the world and done all sorts of surveys. We’ve heard time and time again that people want characters that are morally complex. They want storylines that are complex where it’s not always clear what the right and wrong thing is to do.

Stevivor: It’s one thing to search for realism in a campaign. We have captured development and emotion to lead plays through it, but how do you bring that same authenticity to multiplayer and spec ops?

Verano: One thing that kind of links campaign with multiplayer and spec ops is the way that the characters look, feel, move, the way that the guns look, feel, perform, move. We’ve taken a lot of great care to really take inspiration from the real world and pull these into the game. So, if you’re going in multiplayer, one example that I like to use is depending on what gun you have and what kind of ammunition it uses, we have real ballistic physics., right?

So, if you’re shooting a nine millimeter through wood, per se, it’s not going to penetrate and behave the same way as, let’s say a 50 caliber or a 556. It’s completely different and the way that the larger caliber arounds penetrate through material, and how much damage they do, how much they actually drop off, and how fast they go is all determined by real world ballistic physics. Again, the way that the players look, move, handle, feel, all of these things tie together into making something that’s a big cohesive piece.

Stevivor: With 4K and HDR, we’re hearing a lot about how great games look, but I actually find it’s how they sound that makes the difference in fully engaging me in the moment. In both single and multiplayer, how far have you gone to capture authentic sounds?

I’ve seen him do his demo. He shoots the weapon out into the mountain range and you can hear the reverberation of the sound bounce off the mountains, come back and hit you in the face, and you even hear the bullet shells that come out of the weapon, hit the ground, or hit the wall next to you, and then hit the ground. It’s really an incredible amount of detail and it really gives the player a sense of immersion. It makes them, especially, if you have a good set of headphones or great speakers, it really feels like you’re in the world with the sound design.

Stevivor: A lot of shooters are trying to be bigger at the moment, but you have gone the other way in some aspects of Modern Warfare. The Townhouse level we saw at E3 is an example of smaller space that really intensifies action by scaling it back. How has this shaped overall level design and what new opportunities does it present?

Verano: So, it really, especially, with the new tech and the new engine, it really brings the ability to be able to be up close and personal, to really tell a very intimate story, and have something really scaled like Townhouse was.

A lot of older games that we’ve made have staircases that are enormous because it just makes it easier to design and work around, but the fact that you have such fidelity in this game, you really can get up close and personal to the cover. You can get up close and personal to the ally that you’re covering. It’s really interesting and it’s allowed us to do things that we really haven’t before. Now, of course, Townhouse is just one small level in a huge campaign, so they’re going to be many different encounters of all shapes and sizes as well.

Stevivor: Another example of going smaller is Gun Fight, if we get a hundred players, I think 2V2 is onto a winner. How did this mode come about and how do you ensure weapons remain balanced on a small scale?

Verano: So, of course, we do have larger experiences. Right? 2V2 is something that we wanted to create to have something that is a bit more intimate, that is a bit more accessible. You start out with preset load out, so you’re on an even playing field with everybody. It’s very easy to kind of just pick up and play. It’s got this just incredibly rapid pace. It’s been an incredible amount of fun. We’ve actually been jumping up and down. We make a lot of noise in the studio when we’re playing it.

Of course there’s tons of stuff that goes into balancing. Right? Everything from the preselected load outs that we pick that cycle through randomly to, “Hey, does it make sense to be able to shoot through this shoot through that? What different approach angles can you take? Does one side or the other have a bit more of an advantage?”.

Stevivor: The longterm player base might be quite different. As for the first time in a Modern Warfare game, all players will continue to have access to all maps. Does the removal of the season pass change your approach to personal load content?

Verano: One thing that it really does for us is it allows us to keep players together. Right? So, instead of being splintered into different matchmaking groups because some people have maps and some people don’t, I think this is a really great opportunity for us to keep our community whole and be able to play together, match make together, and really enjoy the game long post-launch.

Stevivor: The other big change is crossplay support. How does this actually work across all platforms?

Stevivor: Perfect. We’re only now starting to see games support, crossplay, but fewer the size. Is testing crossplay in real world conditions the primary focus of the open beta?

Verano: I wouldn’t say that it’s the primary focus, but it is a big part of what we’re doing beta for. A beta is to try and test everything. e Wreally want the game to get out there and it’s not just technical things too. It’s how does the game feel? What are the actual players?

We’re very close to the game. Right? So sometimes it’s difficult to look at things, to kind of take a step back and take a holistic view on things, but betas are a really great opportunity for us to try everything out from both a technical standpoint, a design standpoint, a gameplay standpoint. It’s really a great opportunity to be able to see what people are liking, what they’re not liking, what needs to stay, and what needs to change.

Thanks to Mr. Verano for his time.