Stevivor
Home Features Interviews Far Cry New Dawn is a lot of firsts for the franchise,... 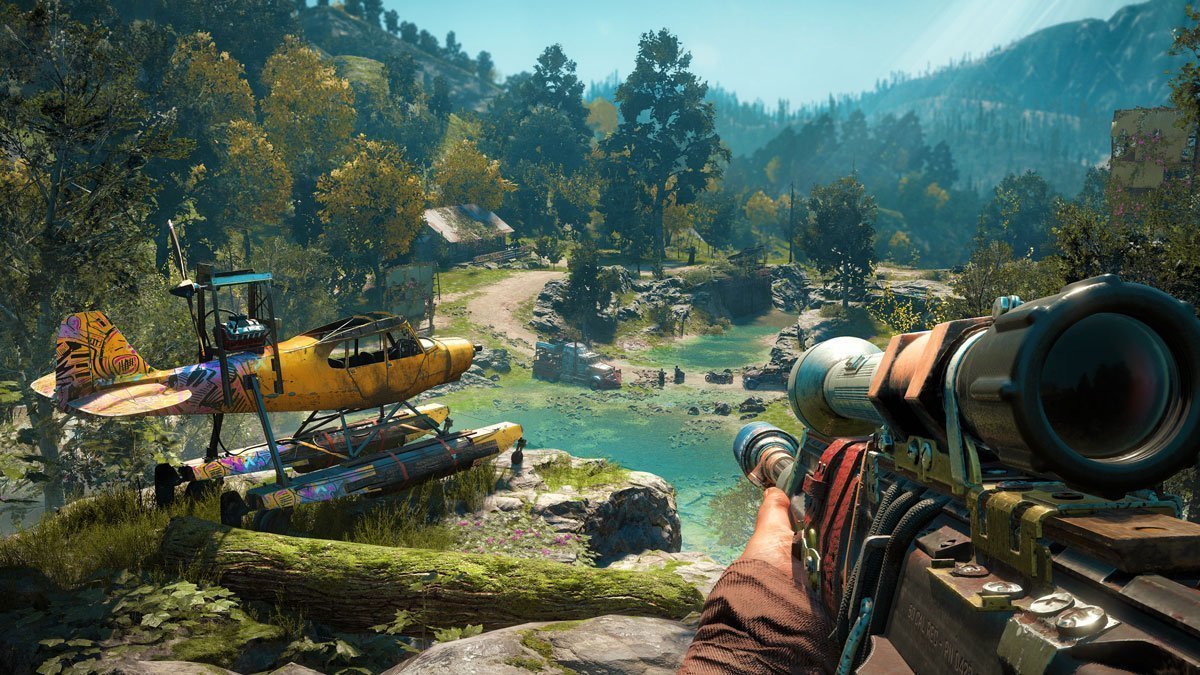 James Nadiger, Associate Narrative Director of Far Cry New Dawn, told Stevivor that the game is new territory for the franchise in more ways than one.

“It’s a standalone sequel to Far Cry 5,” Nadiger began. “It’s got a new story. It’s the first time we’ve done a direct sequel to a Far Cry game. It’s the same place, with the same people, and that’s exciting for us.”

Following from the catastrophic events of Far Cry 5, our protagonist — either a male or female depending on your choice — is thrust into a post-apocalyptic world that’s less Mad Max and more of… well, Joseph’s idea of a Garden of Eden, lush and beautiful, full of survivors who’ve adapted to not only survive, but thrive. That set up required a lot of preparation on Ubisoft’s part.

“Even though it’s a more seemingly fantastical setting, we do a lot of research. We consulted with a couple meteorologists who specialise in making models of possible doomsday scenarios to varying degrees, from one bomb to all the bombs,” Nadiger said.

“We figured out an apocalypse that was right for us. What we found, overwhelmingly, was if you were able to live in a place where nature came back, and you could farm the land and hunt animals, you could rebuild a pretty decent life for yourself,” he continued. “It would still be sometimes hand to mouth day to day, but if you put in that work, you could survive. But if you weren’t in a place, and you didn’t know how to grow things, or you couldn’t build things, then you would have to take those things.

The end of Far Cry 5 worked perfectly for New Dawn, with the latter in development during that of the former.

“The post-apocalypse is a place we wanted to take Far Cry for a long time,” Nadiger said. “We think it suits our type of game really well. And then [with Far Cry 5] we were also creating a place in Hope County and a cast of characters that we’d be excited to visit again, but in a fresher, in a really different circumstance.”

Because the games were made relatively in tandem, with Nadiger confirming that “so much of the work started before 5 even came out,” changes to New Dawn including a 4-tiered, RPG-like combat levelling system and the ability to effectively reset outposts for higher rewards on subsequent clears wasn’t “a premeditated response”.

The ability to carry over from a previous Far Cry also provides Ubisoft with the ability to continue a narrative in a very particular way.

“One of the things we were excited to do in New Dawn is that we got an opportunity to tell a generational story,” NAdiger said. “You can see it on the survivor’s side. Nick and Kim Rye are there, but they’ve taken a backseat, keep the home fires burning. And it’s [their daughter] Carmina that steps up, because this is her world now.

“Then you’ll see a mirror of that on the New Eden [the cult from Far Cry 5] side, where Joseph is still the father in many ways to these people, but you’ve got his son, who maybe sees himself as the heir apparent, who has to live up to that, but also feels that he has more to offer. Those kinds of interactions are super fun to play with.”