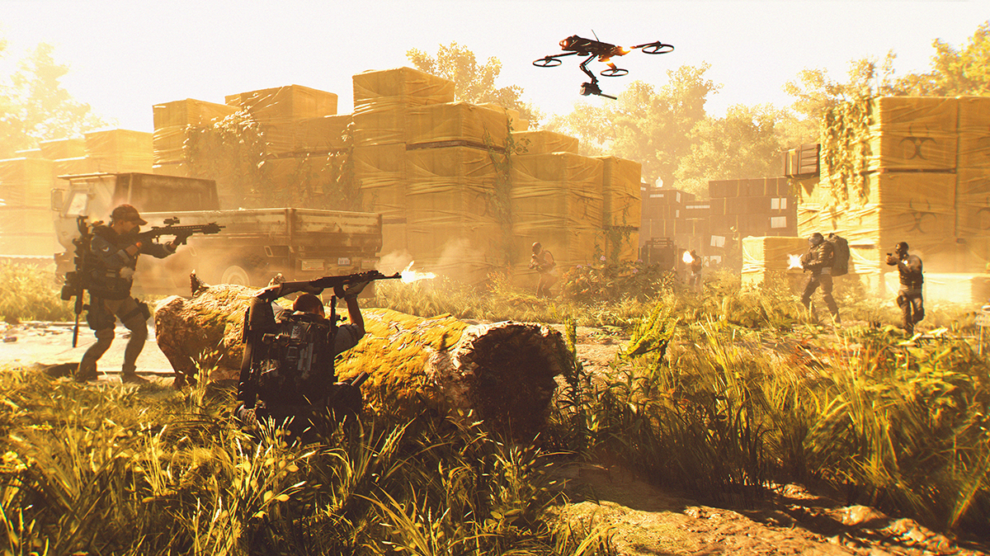 The Division 2 Game Director, Mathias Karlson, recently sat down with Stevivor to have a chat about its endgame and where new Dark Zones will fit into that picture.

“We’re really committed to making sure that once you hit the endgame, right after release, what we launch with is going to be a rich buffet of activities ranging from PvE content, culminating in getting to the raid, as well as PVP and as we [mentioned] earlier today the occupied Dark Zone is what refreshes the Dark Zone experience for you.”

So Occupied Dark Zones, a no-holds-barred, no normalization take on DZs, will form the ultimate high difficulty endgame for players, but what of the regular difficulty? In The Division the Dark Zone split the map in two, and the further north you ventured the tougher the enemies became. How would this translate into the three separate areas of The Division 2?

“It really wasn’t an accident that we decided to do this way,” Karlson said. “First of all, by not splitting the map in two, you really get this kind of big nice continuous area in the middle.”

“In terms of all the entry experience, the intro experience of the three, that will be part of your levelling game in your campaign,” he said, referring to the introductory missions you receive to explain the lore of each quarantined zone as you level up.

“You get that stepping behind the wall for the first time at different points when you play for the game towards max level. So in that sense, yes, they’re higher level. But all of them will always be valid for you to play at any current power level that you’re at.

“So it’s not that one is where you need to be just because you’re at a certain level of gearscore. They will all be valid. You basically be building a bigger bag of three, one, two, three Dark Zones to play in at any given moment.”

The Division 2 heads to Windows PC, Xbox One and PS4 on 15 March.

Hamish Lindsay was sent to Malmö, Sweden as a guest of Ubisoft. All travel, accommodation and meals were paid for by the publisher.