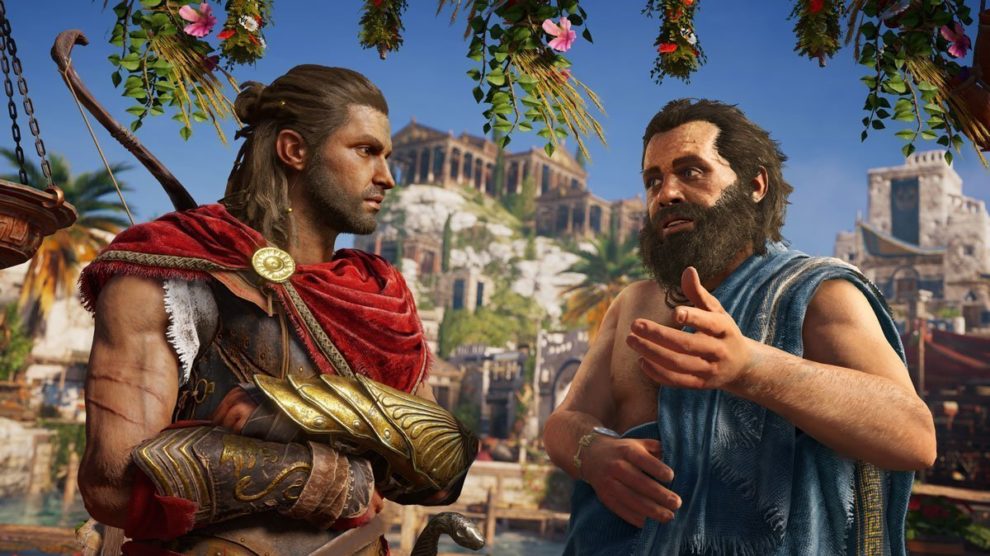 Assassin’s Creed Odyssey is all about hard choices, and Ubisoft’s Scott Bingham was happy to discuss them — including a Telltale-like decision results UI that almost made it into the title.

In our time with the title, we’ve seen how decisions can impact the story – at E3 2018, choosing different dialogue options with a female NPC could lead to romance… or, rather darkly, convincing her to take her own life. There are myriad decisions in the game, and Bingham thinks you should approach those in character. Once the decision is made, it’s out of your hands – no resorting back to a previous save to see how it could have went otherwise.

“Personally, I think that’s the way to go: make the choices and live with the consequences,” Bingham, Script Writer on Odyssey, told Stevivor. “Of course, you can totally see how things would have played out otherwise. But I think it’ll more interesting [to have] conversations with other people discussing the decisions they made.

“Big choices. Small choices. Some choices that are small, you think they are… but then then they turn out to be huge.” 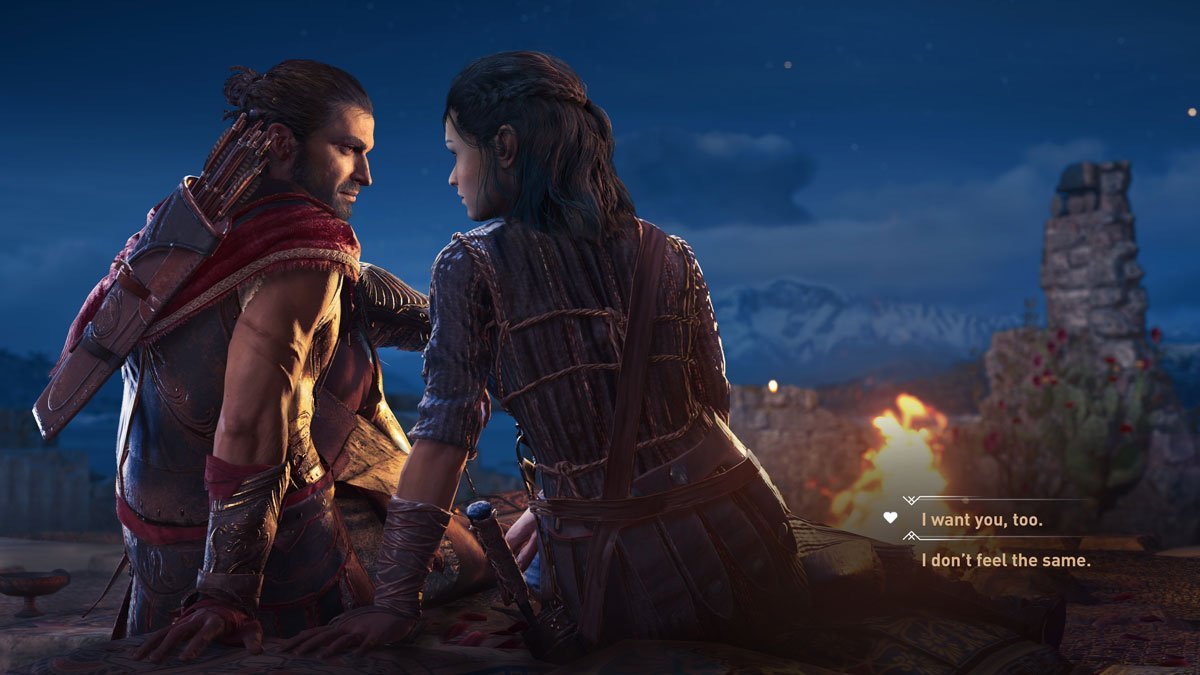 Bingham said Ubisoft Montreal has been very conscious of how decision-making impacts the game, even going as far to consider the implementation of tools that helped you track your actions.

“At first we toyed with the idea of a Telltale-style [in-game UI element], letting the player know at the time of the choice that the choice they made will have an impact,” he said. “[Or a screen] at the end of an episode like, ‘37% of players chose to do this.’ There was a time when that would show up on the screen. But we felt it took away from the immersion.

“It kind of pulls you out of the story, and reminds you, ‘Oh, I’m playing a video game.’ Also, we didn’t want those choices to take away from the impact of other choices. Because if those choices have impact, it felt like all the others meant nothing.”

While Ubisoft Montreal polled preview players at events like E3 2018, Gamescom and a preview event held in its studio, Bingham said he wasn’t sure if the developer would be recording the decisions players make when the game is released into the wild. That said, it would technically be possible to see how many preview players have selected Alexios, and how many Kassandra, at the beginning of the game.

Assassin’s Creed: Odyssey heads to Windows PC, Xbox One and PS4 on 5 October.