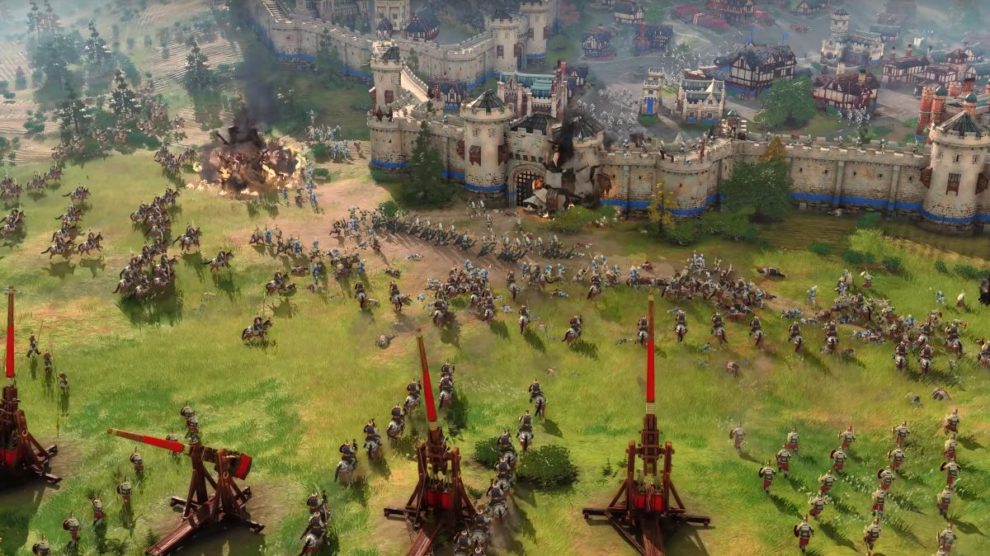 “There was a lot of debate about whether Age [of Empires] 4 would be set in space,” Shannon Loftis of Microsoft’s new World’s Edge studio told Stevivor at X019 in London. “It is not. It’s actually in the medieval, but extended to either side.

While it’s good to have that confirmed straight off the bat, I was curious: was a space setting ever actually considered for Age of Empires 4?

“We discussed a lot of different timeframes before,” Age of Empires‘ Creative Director, Adam Isgreen, added. “The reason we came back to medieval times is because it resonates so well with so many people and there are so many stories to tell in that timeframe that we haven’t told before in a new way.

“I know we’re not talking about the campaign [yet], but we’ve taken a completely different approach to campaign and celebrating history and integrating that into the game. I’ve never seen a game [that]; I don’t think any other game could do [that].”

Age of Empires 4 gameplay was shown off at X019 thanks to a new trailer; it’s below. We’ll have more on the game in the coming days.