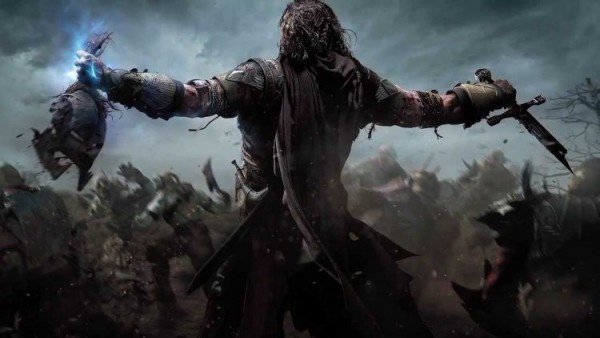 Since starting the game up, I’ve been trying to figure out just what it is about Shadow of Mordor that has me so enamoured. I know one thing: it’s not the game’s Lord of the Rings setting. I’ve never been a massive fan of the lore or the universe.

So, could it be the refined Batman: Arkham style combat, then? The game’s Assassin’s Creed-inspired exploration? Perhaps it’s the Nemesis System — a mechanic that, for once, manages to deliver on all of its promises. Or, is it simply that Shadow of Mordor manages to combine the very best of action-adventure games from the last generation while avoiding their pitfalls?

Another likely explanation is that 2014 has been a pretty terrible year for gaming. From cross-gen releases to HD rehashes and the disappointing hype machines — Destiny and Watch Dogs — 2014 has been a letdown of epic proportions. But to attribute Shadow of Mordor’s successes to just those factors would be taking away from everything it does right. 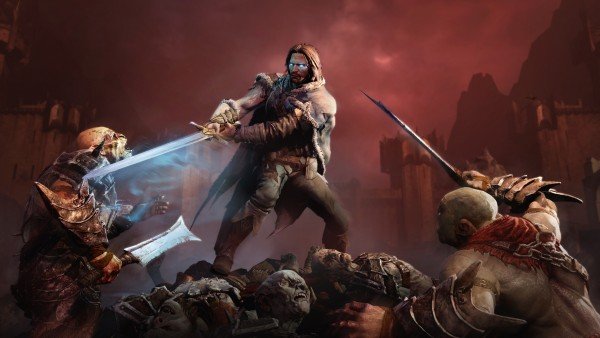 When I really think about it, it’s the treatment of player death that’s the reason for my love. Death in Shadow of Mordor is unlike death in any other video game. Thematically and mechanically, death is the true star. Sorry, Talion.

Within Shadow of Mordor‘s opening minutes, death’s presence is at the forefront and remains throughout, first when the Uruks attack the Black Gate and then again when Talion and his family are slaughtered by the Black Hand of Sauron. A number of games feature the death of a major or playable character: God of War, Call of Duty 4: Modern Warfare, Murdered: Soul Suspect, BioShock 2 and The Darkness just to name a few. Many use the character’s death as the reason for his or her quest and their source of power, much like Talion. The ‘Came Back Strong’ trope has been and is used frequently in literature, TV, movies and games, but where Shadow of Mordor’s treatment of the trope differs is its greatest strength and point of contrast.

Death in video games is rarely permanent. Extra lives, save and checkpoints or resurrection at the hands of an item or other player are about as commonplace as health bars, hit points and high scores. Even when the ‘Came Back Strong’ trope is in play, each and every subsequent death is an absolute failure and dead end as far as narrative and gameplay is concerned. The nature of a video game death is largely absurd at this point. It’s a stumbling block; a minor inconvenience. But in Shadow of Mordor it is fundamental and integral to the experience. Death changes everything and the pairing of it with the ever-evolving and constantly updating Nemesis system creates something truly unique.

Each time Talion dies, including the first time, it has an effect on the world of Mordor: the Orcs who inhabit it, Talion himself and even the player. We’ve been taught by rote what death means when gaming. Essentially, it is the game telling the player to try again and do better. Shadow of Mordor does the same, but explicitly. There are no save or checkpoints, nor is there reloading. When Talion dies, the world of Mordor continues on. The Orc who murdered Talion remembers him and knows he killed him. Talion knows he has died again and the player is reminded that time has passed and that death has consequences. Not all of them bad, mind you.

Upon respawning at a Forge Tower, Shadow of Mordor provides the player with a range of visual and auditory feedback relating to the death just suffered. In the bottom left of the screen, the player is granted +100 XP for having been ‘Denied Death.’ Then the HUD shows that Talion’s Power meter — the level of which determines how many upgrade tiers have been unlocked — has also been increased. Being murdered makes Talion stronger which makes sense, again both thematically and mechanically. Talion has been brought back to life by the Wraith and is on a quest for vengeance, so it stands to reason that being stabbed to death by pointy things and then ripped back into the land of the living would be a hellishly painful experience. Not to mention the furious anger at the Orc stupid enough to try and hinder Talion’s quest.

Talion speaks with the Wraith whenever he spawns, often questioning how and why he continues to live when his family has moved onto the afterlife. The Wraith offers no explanation other than he “was called.” The Wraith also frequently reminds Talion that the deceased ranger is “not of this world.” When Talion questions their methods in seeking vengeance or the tactics used to defeat their enemies, the Wraith suggests that Talion is beyond such concerns. He has died and as such should be free himself from petty morality. The parallels between the Wraith and Talion have enough meat for an entirely separate unpacking, but suffice it to say the similarities between the two “men” add an additional layer to the theme of death.

The Wraith is long-dead and is Talion’s passenger, accomplice and enabler. Without the Wraith, Talion is just another in a long line of murdered Rangers. When paired with death, he becomes something else entirely. The Orcs refer to him as Gravewalker. The name holds power and although the Orcs often disparage Talion and boast about killing the Gravewalker, they are visually taken aback when Talion appears, clearly frightened before charging into battle. They fear death, especially at Talion’s hands, and that’s because he has become the embodiment of it.

Occasionally, Talion will murder a Captain only to find him mysteriously resurrected sometime later. The captain’s appearance will have changed; his eyes milky, his skin grey (well, more so) and his hair missing in chunks. One such captain returned to life four times while I was playing; each subsequent time, the Captain’s face was more scarred and mangled until our third encounter, where I killed him using fire. Upon his fourth return, his entire head was shrouded in a rough cloth with only eye and mouth holes. He was absolutely gruesome. More than that, he was bloody tough. All of the deaths he’d experienced had made him stronger and more powerful. The fourth time I fought him, he managed to kill me. I can’t remember the exact line, but as Talion lay dying this Orc captain said something like “Through my death I give you death, Gravewalker.” It was a powerful moment and one that epitomised Shadow of Mordor’s core tenet. 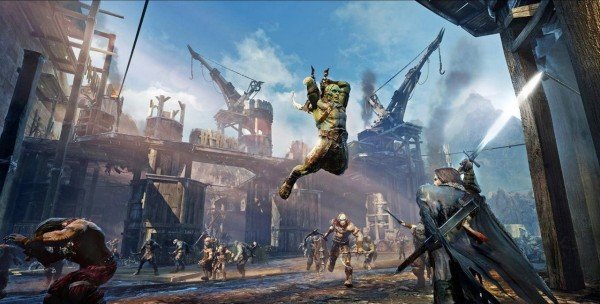 Visually, Shadow of Mordor is quite good — especially for a cross-gen title — but Mordor is a land of death. Grey, brown and black is the colour palette of choice and it creates an oppressive, pervasive sense of dread. Death could be waiting behind any of the numerous grey, brown and black corners so treading lightly is often wise. The environment pushes the player to experiment with all of Talion’s abilities, but also encourages reckless abandon. Shadow of Mordor wants the player to die because in doing so they’ll learn more about the world, narrative and enemies. Death is the one true constant in Mordor.

Finally, Talion longs for a true death. He wants to join his wife and son and move on past the world that took everything from him. He’s willing in the tasks thrust upon him because he thirsts for vengeance, but he’s also being dragged unwillingly into the fray by the motivations of the Wraith which become clearer throughout.

Most video games deal with death as a simple annoyance. There are no lasting consequences nor does it impact the player’s personal narrative or any of the gameplay. Middle-earth: Shadow of Mordor challenges the status quo. In part it works so well thanks to gamers’ expectation of what a video game death means. It’s shocking and surprising to die in a game and have that truly mean something. It brought me closer to Talion and tied me closer to his story. It also created some impressive rivalries between Talion and some of the Orc captains, which is Mordor’s greatest strength. Every person who plays will have a unique personal narrative which ties directly to the nature of death and the Nemesis system.

When something so fundamentally understood as a standard is challenged or tweaked by a developer there’s potential for something truly special. Monolith has challenged one of the few true cornerstones of gaming and it’s resulted in the best game I’ve played in years. If dead isn’t really dead, what then? In playing Middle-earth: Shadow of Mordor, you’ll find out. I implore you to.

Our full review of Middle-earth: Shadow of Mordor will be published soon.

Unpacked is Stevivor’s newest feature where we dissect an element or elements we loved or loathed in a recently-released game. 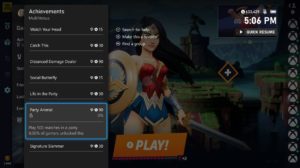