With The Sims 4 fast approaching, we thought we’d give you a double-whammy of coverage leading up to its release next week. First up is Leo’s take on the game from E3. Next week, Luke will provide his thoughts on the game from a preview event that took place just this week. -Editor

The Sims are coming back. You may not be able to trap them in swimming pools and watch them slowly drown, but you can work to get them into a hyper emotional state — like laughing hysterically for example — which will lead to their untimely demise. Seriously.

I asked The Sims 4 producer Ryan Vaughan about these new emotional states and how easily your Sim could die from being emotional. “The death states are a unique emotional state for The Sims and you really have to push them there.” I queried how frequently we’d see these death states when playing and Vaughan reassured me. “We’re doing a lot of tuning right now to make sure they’er never just falling over dead because they’ve gotten themselves into that state. It’s something you have to actively pursue,” he explained.

Brilliant. The Sims may purport be about trying to live a fulfilling and happy life, but everyone at one point or another uses it as a creative torture simulator. Now with the ability to make your Sim literally die laughing — amongst other emotional states — the real sickos in our midst will have their time to shine. It’s not just me is it? Don’t answer that.

To make your Sims all the more believable, The Sims 4 features all new emotions, creative tools and customisation options. When creating your Sim, rather than using a bunch of sliders and preset options you’re instead able to sculpt and stretch your Sim simply by clicking. Once you’re happy with their look you can choose a walking style, all with humorous results. After creating your Sim visually it’s time to create their personality.

Selecting an aspiration and then additional traits allows you to tailor your Sim’s personality. “Bro” was a highlight especially when it was revealed that a Sim’s personality plays a huge role in how they actually interact and exist in the game world. Emotional states are a new feature that feed into and off of a Sim’s personality. The male Sim in the demo I observed was a Bro, so when he was pushed into the new “very angry” state he could channel the anger into new actions like “Peeved Push-Ups” and “Sit-Ups of Fury”. Undertaking these actions in this state gives your Sim a boost and lets them level up more quickly. 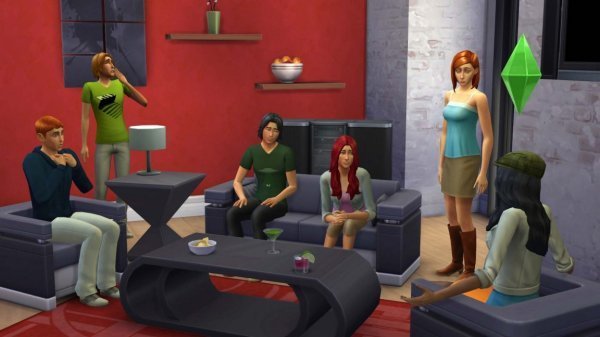 Vaughan told me how excited he was about the game world in The Sims 4, “There have been a lot of revolutions in the game over the last four games and I think some of the big stuff you’re going to notice in The Sims 4 are the environments. The ability to go outside of your house and meet other Sims and form relationships.” The new areas available to explore outside your Sim’s home include Magnolia Blossom Park.

The park is filled with other Sims and objects for your Sim to interact with. Any of the vegetation you see in the park can be collected and then planted at your Sim’s home where a new tree/plant will grow. ” I really love how our new neighbourhoods work. In The Sims 3 you actually had to start a new game if you wanted to travel between worlds. In The Sims 4 you can not only travel between neighbourhoods, but travel between whole different worlds,” Vaughan added.

The Sims 4 will also allow all players to share their content quickly and easily. Anything that has been created by any other player — and they’ve enabled sharing — can be downloaded by anybody else. EA will also provide curated content for players to download. To make creating your own home simpler and easier you’ll be able to grab entire rooms you’ve created — including furniture — and move or copy and paste. Walls, windows and foundations are adjustable with one simple click. 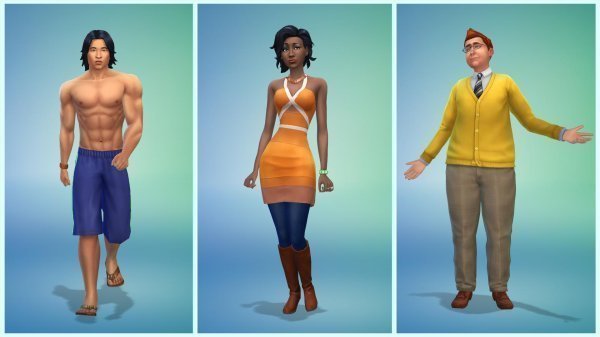 In the end, The Sims 4 is a game that is trying to cater for a wide market and as Vaughan told me, “We’re making a game that has to work for a lot of different playstyles, some people just get into the game and build houses. Other people try and get their Sims to the top of every career, so its a challenge to suit everybody’s taste.” So far it looks as though they may have succeeded.

Oh, and I asked Vaughan if The Sims 4 continued the franchise’s tradition of allowing same-sex relationships and his answer was happily in the affirmative.

The Sims 4 will be available for PC 4 September.