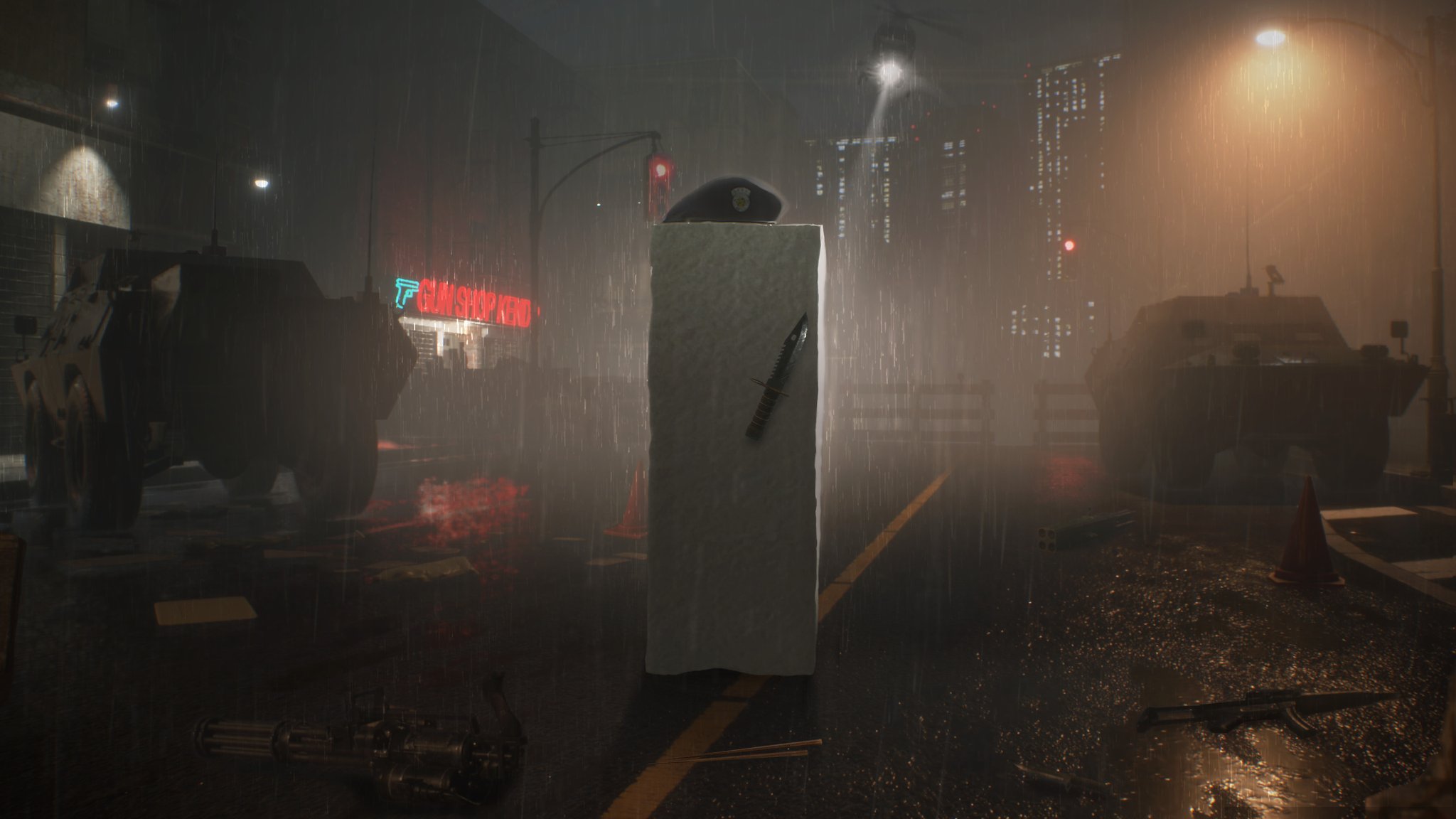 Knowing what Tofu is saying is half the battle.

“The Tofu Survivor” is the final unlockable campaign in the Resident Evil 2 2019 remake. It can be played after completing “The 4th Survivor” (starring Hunk) once, which itself is unlocked after beating Leon and Claire’s campaigns once.

In the original 1998 game, “The Tofu Survivor” is a joke mode, with the character model originally intended to test the game’s collision detection. Tofu, the character, is voiced in both games by Katsutoshi Karatsuma, who was a programmer on the 1998 title. Tofu only speaks Japanese, and a strange form of the Kansai dialect spoken around Osaka, which is different from the standard Japanese that originated in the Tokyo area. Read about Kansai-ben here.

Below are some of the lines Tofu says and their approximate English translations. Note that some of these are very difficult to translate to English directly, so approximations are used.

Resident Evil 2 is available now on Windows PC, Xbox One and PS4. If you’re feeling particularly sadistic (and you’re in Japan), you can buy Tofu tofu.

Alex Anielhttp://www.bravewave.net/
Alex Aniel is the author of the upcoming 'An Itchy, Tasty History of Resident Evil: 1994-2006 (Vol. 1)', due in 2019. He also acts as Business Development Manager at Brave Wave Productions, an award-winning video game soundtrack record label.