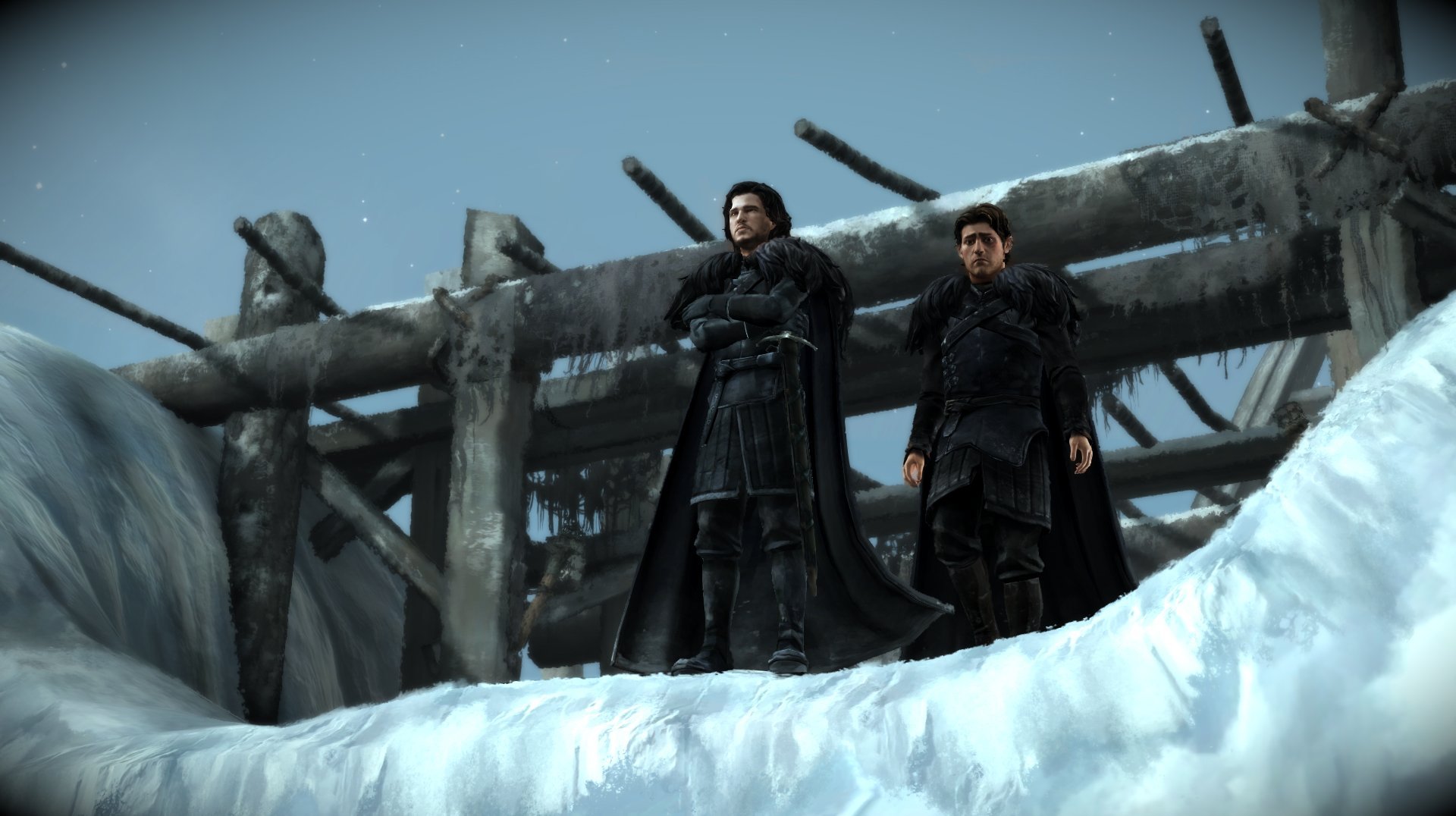 Spoiler warning: There are going to be some general Game of Thrones TV show spoilers here, but only light spoilers about Telltale’s episodic game. If you haven’t played the game yet, you should be safe reading this unless you want to go in completely blind.

This mid season review follows on from Stevivor’s review of Game of Throne’s first episode, which you can read here.

This week Telltale released episode three of Game of Thrones, marking the halfway point of the season. The Forrester family is in a dire spot, crippled by the Red Wedding and now seeing their best chance at salvation die along with Joffrey. There have been battles, disgusting surgeries, awkward action scenes and difficult decisions throughout, this is most certainly a modern Telltale game, but there have also been pleasant departures from their well establish formula to keep you on your toes, a place you should always be in Westeros.

Telltale has done a solid job of integrating major events of the show into their story without anybody in the game series playing a starring part. The Red Wedding left House Forrester at its knees, as it did many houses loyal to the Starks, an aspect of the fiction I had seldom considered before this story. The major characters don’t feel bolted in to the game and play believable cameo roles; it isn’t a stretch to see Tyrion Lannister exploiting animosity between two small houses for his own benefit or Cersei waging petty war with Margaery Tyrell by tormenting her handmaidens. Even the events at the end of the first episode were completely in character for Ramsay Bolton. They all exist in the world as they should, having major influence but playing minor roles.

The original characters take centre stage but for the most part their story is far more interesting than they are as individuals. That may be a by-product of the Telltale system, where choices more often create the character than make a meaningful impact on the story. Of your playable characters Gared Tuttle has had the most interesting path, finding his way to the Wall where he is constantly challenged to put his past behind him. He can be anyone from a saint-like figure of forgiveness to a vengeance obsessed wildcard. Rodrik Forrester is far more subdued but his decisions feel like they matter the most to the future story, a testament to his place as Lord of Ironrath.

Asher Forrester seems limited to playing the cheeky rogue with various levels of sass and choosing between freedom and family represented by his sellsword companion and his uncle. Mira Forrester plays like a relationship management game balancing Margaery and her own family. Their supporting cast are of various quality, Lady Elissa is a poor Catelyn Stark clone and all of the council at Ironrath fit various stereotypes but others are more nuanced and interesting (such as Asher’s buddy Beskha) while Lord Whitehill and his son Gryff, despite both being as stereotypically villainous as one can be in this world, still bring a smile to my face before saying or doing something that makes me anticipate their demise all the more. I love to hate the Whitehill family.

Telltale’s Game of Thrones is doing a good job of escalating the stakes with each episode, though despite two attempts they haven’t managed to replicate the shocking impact of the first episodes ending. The climax of episode two felt particularly out of place but it hasn’t harmed the overall story. Episode three teases dramatic twists on every front; Essos, The Wall, Ironrath and Kings Landing. It also does the best job of subverting the expectations I have of a Telltale game, the traditional time slowing, ‘choose who lives’ moment features a nice swerve while the major battle of the third episode offers you several chances to show mercy or dispense justice.

From a technical standpoint Game of Thrones has improved from a rocky start. I didn’t notice any graphics filter or slowdown issues in episode three while the action sequences look more impressive and they even managed to animate a dragon. Hair still clips through shoulders and outfit changes seem beyond the characters of the world, it was strange to see Mira and her fellow handmaiden dressed for the royal wedding in the same outfits they wore when writing the invitations. Also by episode three the ‘what did others choose?’ screen finally started appearing on the Xbox One, a feature I didn’t think I would miss until it was gone.

While I still notice the “game” aspects of Game of Thrones, trying to pick where choices may or may not matter, I’m increasingly being drawn in to the world and the story in a way I haven’t since the first season of The Walking Dead. The technical deficiences are less of an issue and Telltale are doing enough with their formula to keep things interesting. Fans of the TV show should really jump in and those who have enjoyed recent Telltale games will find a lot to like here. Episodes come out every six weeks and the game meets the standards of A Song of Ice and Fire in just about every way.

I can’t wait to see how it turns out.