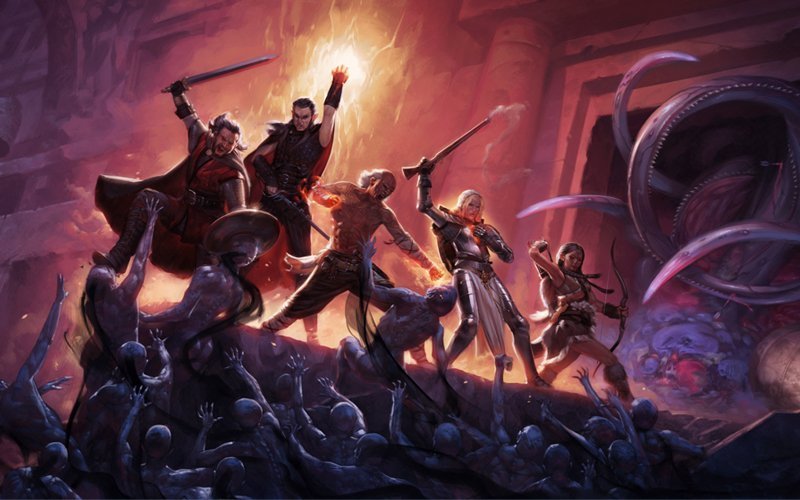 Obsidian Entertainment is delving into an expanding niche market I was unaware of until recently with Pillars of Eternity. It’s old school and that’s the point, making no apologies for using older techniques and gameplay mechanics that have slowly been considered outdated. It celebrates gaming ideas of the past and presents them in a format that’s playable today.

Booting up some of the first PC games you ever played today would be a very bad idea, unless you were very recently born or have only just started playing games on Nanna’s computer box; otherwise, they’d almost certainly not work, or worse. If they did boot up, the chances of your eyes spontaneously combusting from the sheer awfulness of their visuals is almost incalculable… that, and the shock of exploding eyes is certain to put you in a coma. Thankfully, around $4 million USD was raised via Kickstarter for Pillars of Eternity. Because of the campaign, you won’t have to take on such dangerous and seriously life-threatening risks to enjoy gaming the way it was in the good old days.

If the isometric view doesn’t give it away, maybe taking a closer look at many of Pillar of Eternity’s assets and gameplay mechanics will. The game is a love letter to Baldur’s Gate. Though things may look similar, everything has been created from scratch to bring to life what is essentially Baldur’s Gate without the clunky bits. It’s a new game for a new time with all the advantages that come with it. Make no mistake: this isn’t another Baldur’s Gate: Enhanced Edition, it’s an entirely new IP that borrows heavily form the game mechanics of the old favourite. 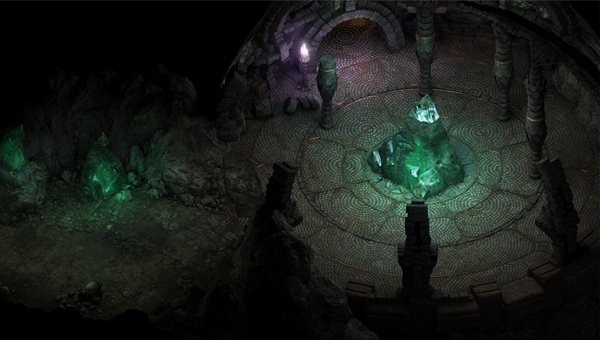 Pillars of Eternity focuses on exploration, deep tactical combat and a rich story. Without using cutscenes, that rich story comes in the form of text. Lots of text. In fact, it’s hard to explain the amount of text without creating a huge pile of my own so lets just leave it at lots.

To go with this deep story you can create a very customisable main character, complete with a class and extensive background story. During your travels you will encounter other characters you can interact with and possibly recruit. While conversing with the other characters you will be answering questions about your character deciding even more of what makes your character who he or she is by expanding on their past. Think choose your own adventure-style Dungeons and Dragons.

Combat is a familiar, pause-able, real-time affair paving the way for lots of strategy. If you’re not familiar with real-time-with-pause-style gameplay, it’s exactly what it sounds like. If you’ve played Baldur’s Gate or Diablo you should have a good sense of the style; if not, maybe you’re familiar with the VATS functionality of Fallout. Wizards have access to wands they can use if they run out of mana or for early in the game when they don’t have many decent spells. Teaming up with different classes is the best way to defeat enemies and will allow for more complicated strategies. 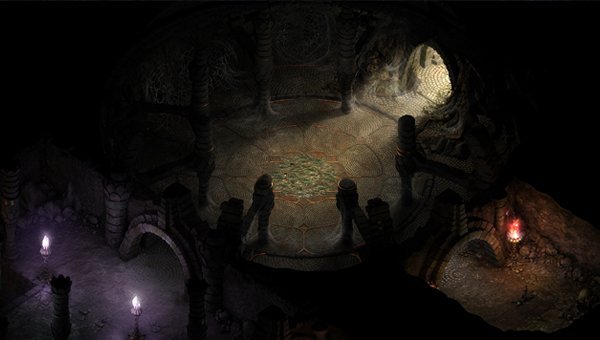 Other characters you meet in the game are dynamic and, as you would expect, all have their own personalities complete with various strengths and weaknesses. Decisions you make in battle or during the story will affect what your companions do. For instance if you’re travelling with two characters and one needs to rest to regain health the other may leave your party if they’re a particularly no-nonsense kind of person. When presented with this option you have to make the decision whether to stop and rest before taking on more enemies at the risk of losing a party member or just keep fighting and hope you’re strong enough to make it through.

Your class, equipment and who is on your party make a big difference to how you progress through the story. At certain points you will be offered an option to deal with obstacles in your path. If a brick wall blocks your way, you can choose any number of things to negotiate said obstacle. If one of your companions is strong enough, as an example, you could push it over. If not, you could simply use a chisel to break through a la The Shawshank Redemption.

Pillars of Eternity is unapologetically old school. With the gaming industry pumping out seemingly endless titles that tend to be a little samey, it’s nice to see some inspiration coming from further in the past rather than last years big hit. Sure the style isn’t original but the narrative is. If you’ve ever spent time playing Baldur’s Gate this is an opportunity you wont want to miss. Pillars of Eternity has just entered its beta phase and will Launching on Windows PC, Mac OS X and Linux later this year.