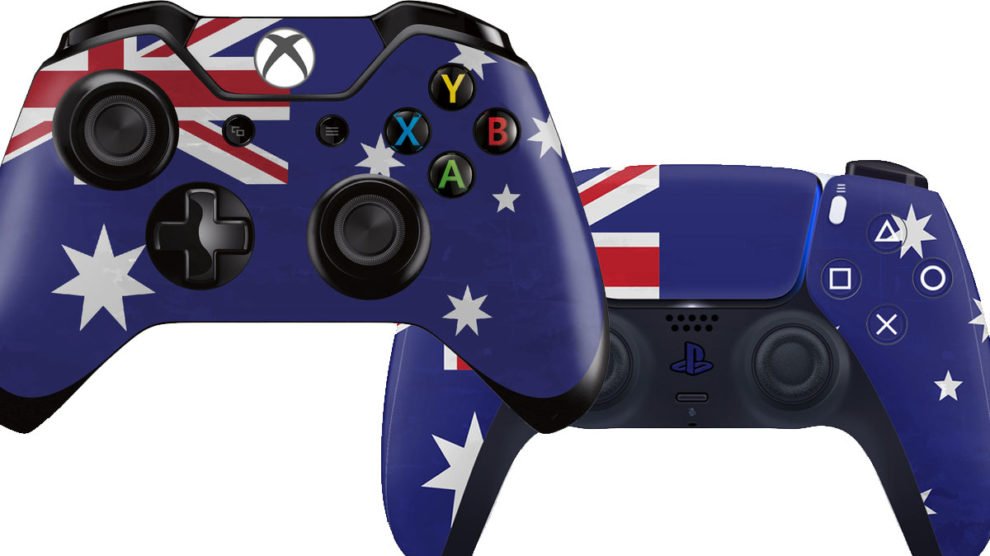 And what continued support could mean for the future of the Australian gaming scene.

Australian game development is an ever-growing industry. Locally created games like Phantom Abyss and Cult of the Lamb are just two titles hitting the gaming world and immediately making waves.

The trouble is, those two titles — and many others — are only possible because of grants made available to creatives. Depending on the Australian you ask about potential funding sources, you’re likely to get a different answer. On the eve of big changes coming federally, we thought we’d look into what’s been available to developers to date, and what’s to come.

A tale of two developers

Julian Wilton is the creative director on Massive Monster’s Cult of the Lamb, a title he says was made possible through a grant from Film Victoria provided early on in the game’s development. Julian recounted the process in getting this grant and then how he and his team were able to benefit from it.

“We went to Film Vic and we had this kind of prototype and just pitched it to them,” Wilton explained. “They seemed to really like it. [We] got a small amount of funding from them and the pitch was always like, “we’re going to take this funding and we’re going to make a vertical slice and we pitch it to publishers and get some more money.”

The work paid off; Massive Monster’s prototype caught the eye of publisher Devolver Digital, one Julian described as a “dream publisher”.

Similarly, the Queensland government has also had a role to play in catapulting Team WIBY and its title Phantom Abyss, now available on Steam early access. With a community of players already enjoying and interacting with the game, its future looks bright. Much like Massive Monster, Team WIBY pitched its game to Screen Queensland, a government-owned company that invests in and supports the Queensland creative industry, quite early on in development.

“Screen Queensland were on board straight away and helped us put together a pitch which we then pitched to Devolver Digital, who funded the rest of the game,” explained Team WIBY’s Ben Marrinan.

Based in Brisbane, Queensland, Team WIBY started as three Australians with a dream to create a game but not quite having the funding to pull it off, a common experience faced by many Australian developers.

“It’s quite rare,” Marrinan confessed. “Getting funding for games is not easy. I kind of just feel it felt like all the stars really aligned for this to happen.”

The journeys of both Massive Monster and Team WIBY are just two examples of how initial support by a local government can play a pivotal role in a project’s success. However, these pathways are not guaranteed as options that game developers can wholly rely on. For Australian game developers wanting to apply for these grants, a rigorous process is involved in the lead up; they also rely upon a well-thought-out pitch and an established game idea.

While the process can be tricky, government support for Australian gaming development is about to get a big boost — one that could pave the way for more consistent funding for the development of even larger projects.

Current support and a need for more

While Team WIBY’s Ben Marrinan notes how rare it is for locally made projects to get financial support, others have seen just how far the Australian gaming development scene has come and how what’s coming can be incredibly helpful.

Tony Lawrence is the Executive Director and COO of Mighty Kingdom, the largest independent game developer in Australia. Before moving down under, Tony worked overseas at 2K Games, notably working on Bioshock. He has been in the development industry for over 10 years and in this time has seen the Australian scene grow dramatically. He echoes Marrinan’s thoughts but also acknowledges how far the industry has grown in the years he’s worked within it.

“[Government has] been there doing that through grants, and that’s great, but it’s not consistent,” said Lawrence. “Applying for a grant and hoping for that kind of support is something you can’t rely on when you’re developing something.”

Lawrence noted that despite the lack of consistency, this support has nonetheless made a huge impact for local developers, particularly smaller companies and independents.

“It’s absolutely critical for that to be in place,” he said. “I’m really happy that Victoria, SA, Queensland, WA have all shown their support for games in recent years, particularly in their great programs.

“Most notably, Victoria has been supporting games for quite some time.”

Where we — and other countries — are now

Aussie developers currently have access to a range of incentives and grants.

Film Victoria has built up a great funding base for local games development, with two main grants being offered up. The bigger of the two is described as an assigned production investment. The purpose of this specific opportunity is to provide local developers the funding to build up projects with the aim to then market them further. For those wanting to apply for funding towards a prototype, Film Victoria offers up to $80,000 AUD under this grant. For a vertical slice up to $150,000 AUD and for overall production work, developers can apply for up to $300,000 AUD.

Additionally, Film Victoria offers the Games Release grant for smaller Victorian-based studios. This grant offers these studios up to $30,000 AUD to assist with things such as licensing costs, legal fees as well as business and marketing development.

Following in the footsteps of Film Victoria, Screen Queensland offers local game developers the chance to apply for a grant through its Screen Finance Program. It gives local talent who wish to create stories in film, television and games the chance to apply for financial support. While film and television submissions can apply for grants over $100,000 AUD, the organisation currently offers up to $50,000 AUD grants for video game developments.

While the grants offered from organisations like Film Victoria and Screen Queensland are fantastic opportunities for local game development, similar opportunities across the world do offer similar — and even greater — financial support. In Canada, The Canada Media Fund: Experimental Stream gives developers in the country the chance to acquire up to $1.5 million CAD to help through development. As well as this grant, the country has a variety of others the offer to cover a percentage of project expenses including internal labour and marketing costs.

Across another pond, the UK Games Fund has offered six rounds of grants of up to £25,000 each to game developers across the country. Similarly, Creative England offers Start Up Loans as well as Creative Growth financing for projects in any of the creative arts industries including video games.

In a year when Australian businesses suffered great losses due to COVID-19, the local video game industry thrived, seeing revenue grow 29% in the 2019-2020 financial year. This growth is set to continue in the years to come. Perhaps in response, the Australian government announced a tax offset policy for video game development that comes into effect in July 2022. As per the policy, a 30% refundable tax offset is offered to eligible businesses that spend a minimum of $500,000 AUD on qualifying Australian games expenditure.

For someone like Tony Lawrence, this offset policy has been a long time coming. Noting that other countries have seen exponential growth with similar initiatives, he said he’s been “pushing for this particular rebate for or rebated tax offset for more than a decade.”

“I look at industries elsewhere in the world, whether it be the UK who introduced something similar in about 2015, and watched how quickly they’ve grown, to Canada who has been doing it for since 1999,” he said.

Marrinan echoed Lawrence’s support for the policy, noting how positive it is that the government is finally introducing consistent support.

“I know the government is pitched or often told a lot to increase the funding for games because there’s a lot more money to be made in them,” Marrinan said. “Now that there’s been these new tax incentives from the government, the number of studios in Australia [are] going to explode pretty quickly and I think the grants are going to follow an increase as well.

Massive Monster’s Wilton is also appreciative for the support, but noted how this policy is “just putting Australia on the same level” as other countries.

“This policy equated to about 20% as a company tax rate which in the UK and Malaysia or Singapore is just the standard rate anyways,” Wilton added.

While this new government support is a great step forward, it’s moreso a move to have Australia finally catch up with the rest of the world.

Time will tell just how big of a difference and change we’ll see in the years to come, with the new offset policy being brought into play from next year. Perhaps Australia will not only be able to simply catch up but even begin to get ahead of the curve.