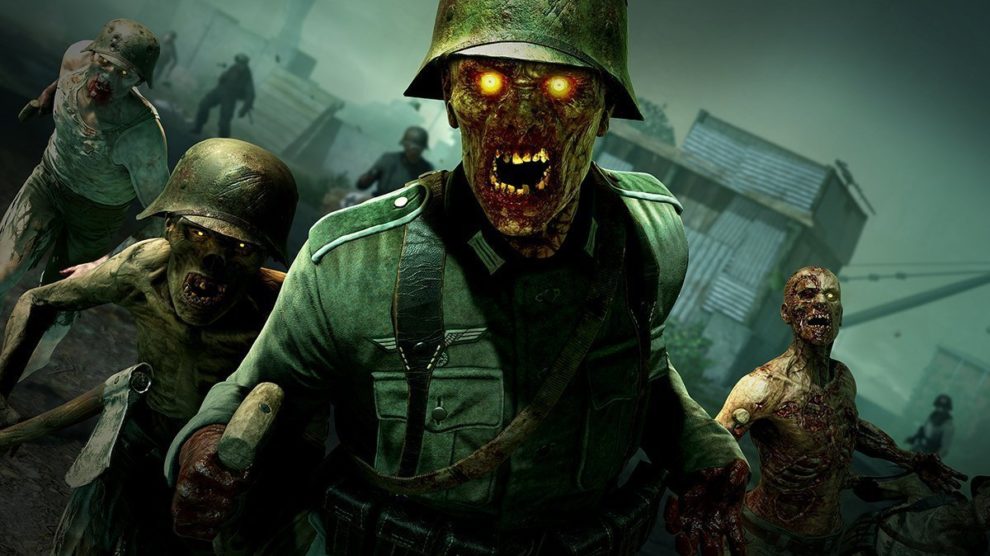 What do you get when you cross the gameplay and mechanics of the Sniper Elite series with the favourite enemy of gamers everywhere? Zombie Army 4 by Rebellion, apparently. Following in the footsteps of giants, the Zombie Army series initially seemed to be a way to cash in on the popularity of other co-op zombie killing titles such as Left 4 Dead or Killing Floor. Starting as stand alone DLCs for Sniper Elite V2, the series eventually grew in popularity enough to spawn its own standalone game.

Zombie Army 4 picks up some time after the events of the Dead War encompassed in the original Zombie Army Trilogy. The story never really matters too much in games like these, more of a means to an end, but what little story does exist in Zombie Army 4 is occasionally pleasantly witty but is more often droll. Our band of four soldiers are tasked with tripping across Europe to destroy some aptly named Hell Towers that have been popping up across the continent, massacring hordes of Nazi zombies as they go. Fans of the series will be happy to know that both Karl and Boris make their return from the original Trilogy, and they’re joined by Jun, a Chinese member of the Resistance, and the engineer Shola to round out the cast. 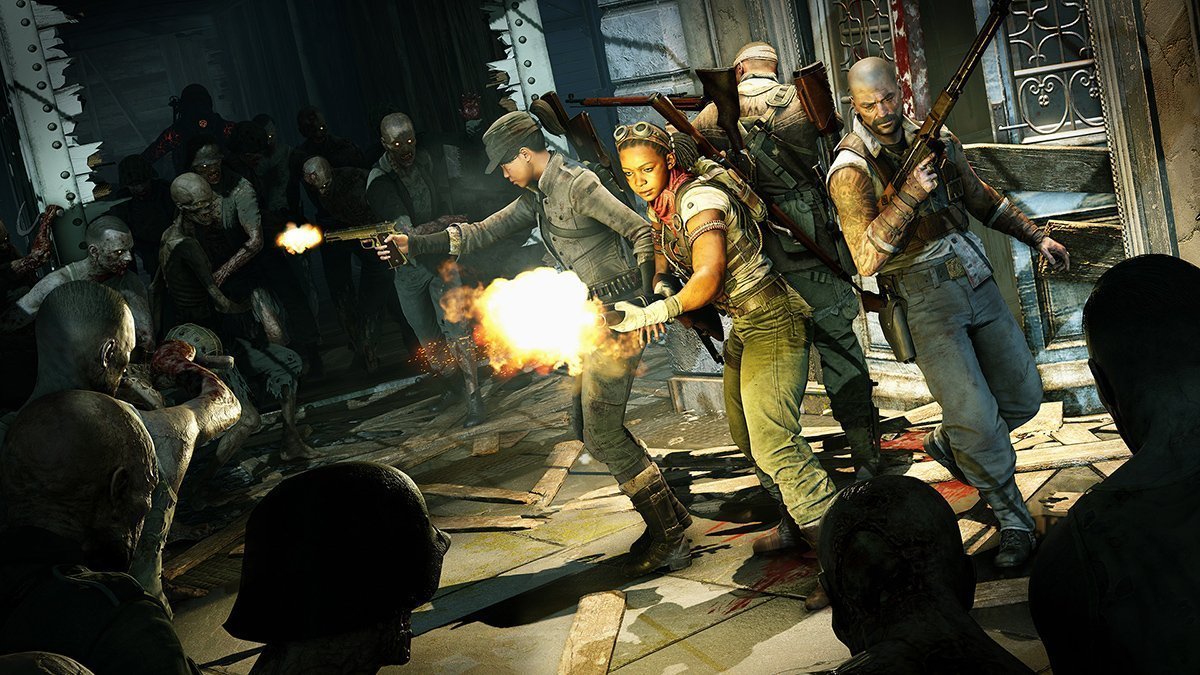 Each of the fighters offers different pros and cons to set them apart, such as improved or faster charging melee special attacks, faster movement or cons such as less bullet resistance or slower health regeneration. Each of these fit the characters theme too, with the engineer Shola being better with traps, and the sniper Karl having better access to rifle special attacks, meaning you can choose a character to fit your playstyle.

This is further emphasized through the selection of perks, a special set of abilities that may let you pull the mounted heavy weapons you find free from their stands or even give you a second wind type ability if you get knocked down. These, along with a selection of weapon upgrades, allow you to better find a zombie slaying style that suits you or even one that works best with your team as you plow through hordes of the undead.

These RPG-lite elements help to prevent the game from getting old too quickly, though the repetition does begin to set in after a few hours of play. Chief among the issues Zombie Army 4 faces is the lack of weapon variety. Throughout the game you only have access to 10 weapons total: 3 rifles, 4 secondaries and 3 pistols. Both the pistol class and the rifle class are divided in a pretty standard way – you have the quick firing, low damage option, the slow firing, high damage option and then you have the middle ground option that is just kinda OK at both. There’s a little more variation with the secondary weapons, giving you the choice between 2 SMGs and 2 shotguns. 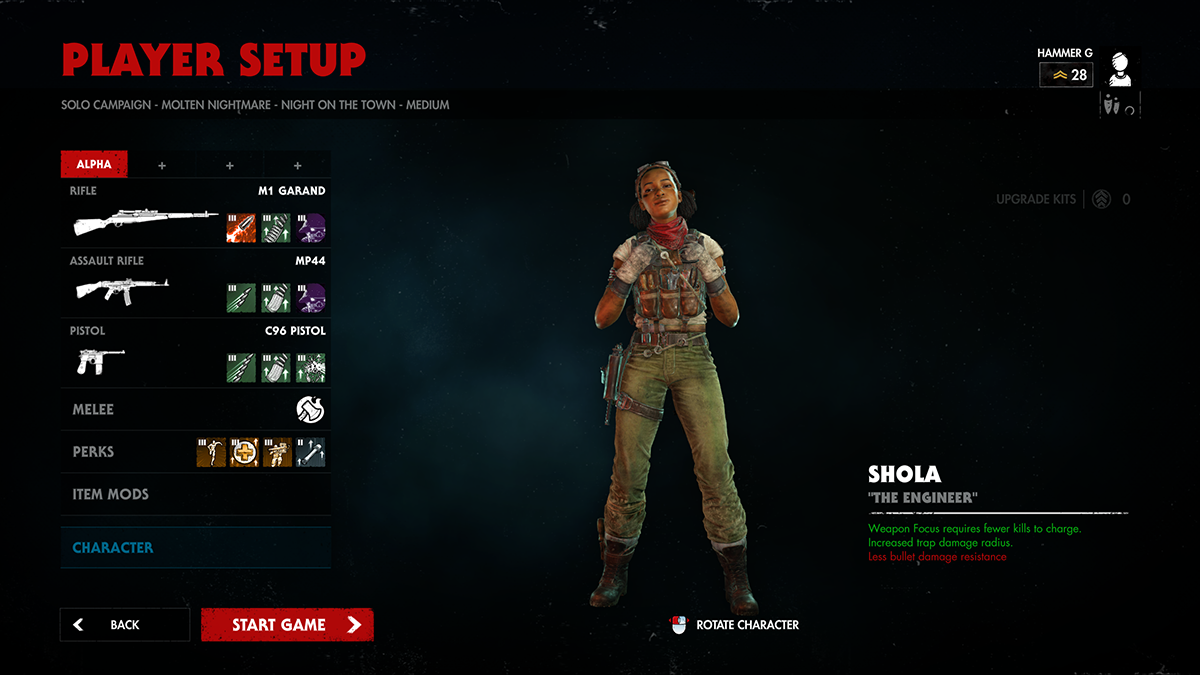 Each weapon class has its own usable niche, and the variety on offer give you some nice options to deal with the encroaching horde. As you’d expect, rifles are excellent over range but rubbish when up close, and the opposite goes for shotguns, so you’ll need to swap back and forth to deal with zombies up close or the occasional sniper in the distance. Limited ammo availability also means you’ll be swapping through these weapons pretty regularly as you try and fight your way to the next ammo crate.

You can also upgrade your weapons with various attachments to make them more efficient zombie killers or to bring some better utility to your team. Attachments such as explosive shots, electric bullets or bigger clip sizes all help you to dispatch more enemies more quickly, while scope attachments help you deal with distance threats more accurately. None of these can make up for the lack of weapon variety though, and you’re guaranteed to get bored of what’s on offer eventually. This is further exacerbated by some pretty limp gunplay that not even the heaviest of machine guns can fix – for the most part, guns just lack oomph.

Far and away my favourite aspect of the Zombie Army 4 experience has been the creepy visual styling and the dark humour. PC multiplayer servers haven’t been up through the review period, so I’ve spent all of my time with the game so far playing solo which really ramps up the creepiness of the game’s environments. The campaign see’s you trek all over Europe, from abandoned zoos to ruined cities, and the environments never managed to feel too samey. 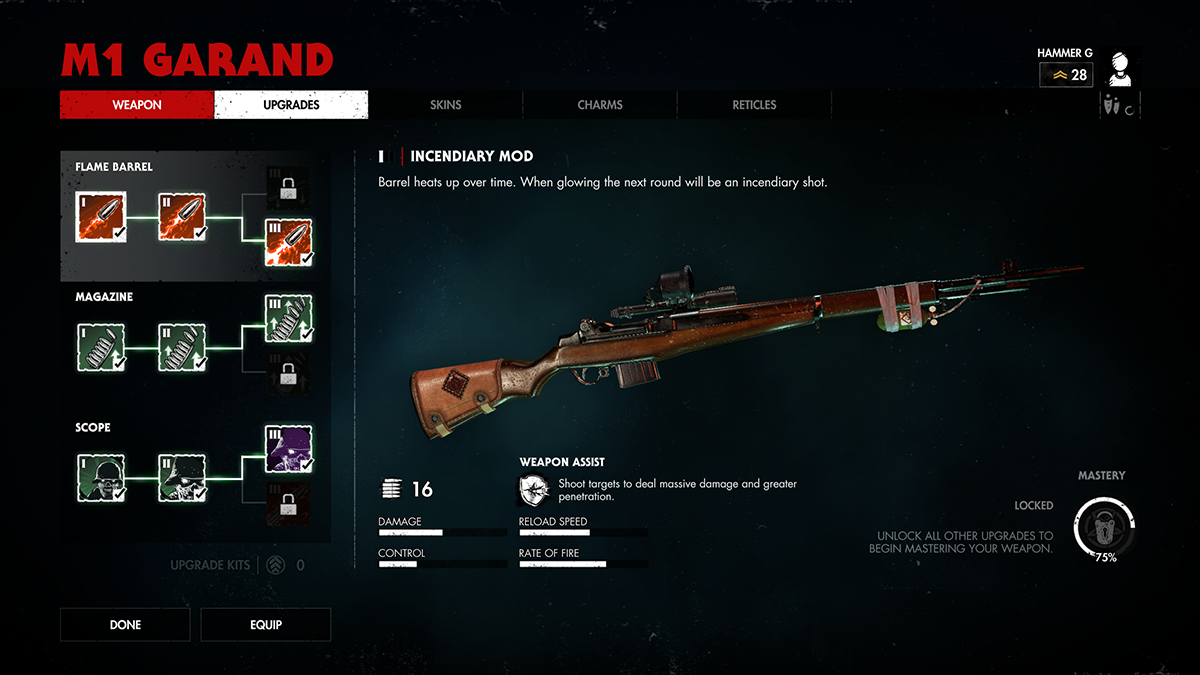 You never really escape the growls and moans of zombies, and the weirdness is only amped up when you come across a haunted painting or one of the strange little demonic dolls that are littered through the levels. There are odd puzzles and collectibles around to break up the monotony of killing zombies and the occasional zombie with a bucket on its head just doing its own thing. Some of these seem like series in-jokes I don’t quite understand, but I appreciate the effort the developers have gone to none the less.

While all of these fun little scenes are nice, they can only do so much to distract from what is really a very closed and boring gameplay loop. There’s only so many interesting things you can have players do in a four-player co-op setting like this one, and by about the fifth episode I think you’ve seen them all. Most levels include some combination of go here, defend this, survive a wave, wait for this etc etc etc. Games such as Destiny have managed to thrive on shallow gameplay loops like this one, but I just don’t think that Zombie Army 4 has enough chutzpah elsewhere to stop it feeling like a slog.

Overall, Zombie Army 4 seems to be the culmination of the developer’s best attempts to distract you from that very shallow gameplay loop. There’s a lot of window dressing done in an attempt to make things more interesting, but if mindlessly smoking zombies while watching a combo number go up isn’t your thing then there’s not much for you here in this game. For me though Zombie Army 4 does scratch an itch, at least a little, in its attempt to be a worthy successor to Left 4 Dead. We’ll be holding off scoring the game until after the servers go live, so check back later today to see our final verdict.

UPDATE: With the game now in full release we’ve had a chance to jump online now and I’m pleased to report that Zombie Army 4 is indeed better with friends. While the early levels really lack enough zombies to get into the groove of things, once you’ve reached the climax of the third episode most of those problems fade away. Zombies do remain a bit underwhelming however, with only the elites presenting a real threat most of the time. Overall, Zombie Army 4 does more right than it does wrong, and while your mileage will definitely vary, I certainly had fun while romping through a zombified Europe.

Zombie Army 4: Dead War was reviewed using a promotional code on PC, as provided by the publisher. Click here to learn more about Stevivor’s scoring scale.