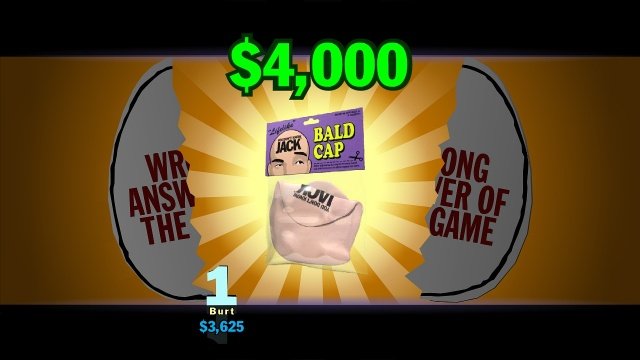 Nostalgia can go a long way, but it usually doesn’t commit someone to buy a canine and name him Cookie Masterson. What am I talking about? You Don’t Know JACK!

Cast your mind back to the 1990s. Surely you remember cramping yourself and two friends (or more, but they couldn’t play) around a keyboard, jostling for position over your assigned buzzer (I always tried to get the ‘A’ key) to answer Cookie’s Ticklish Testgum…or, in other words, the Gibberish Question. As you got to question five, you couldn’t help but sing-a-long: “Ain’t no jiiiive, it’s question number fiiiiiiiive!” Developer Jellyvision had a huge hit on their hands, making over 20 YKDJ PC editions and even a PlayStation version of the game. Then, in 2003…no more. Queue 2011 and the triumphant return of Jellyvision and You Don’t Know JACK (yay!), distributed by THQ (boo). You obviously know I love it, but as to why? Read on. 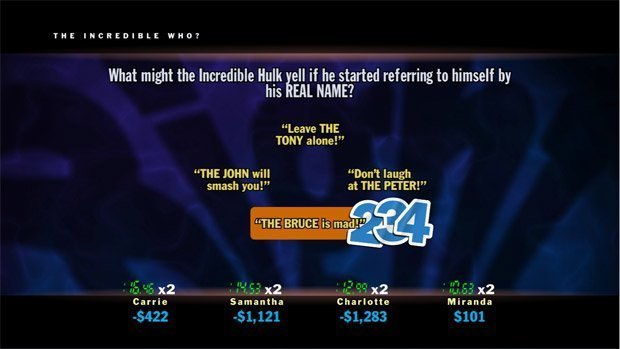 The hot: Every. Single. Thing. If you’re a newcomer to the YDKJ trivia series, you’ll love it just as much as old-school fans, though in a different way. When I was laughing at throw-backs to past JACKs, my boyfriend was too, but because he was experiencing the magic for the first time. Even though I kept beating him, Matt still wanted to play on.

Old JACK features return for this edition on PC, Xbox 360, PS3, DS and Wii, including the allocation of screws (literally, to screw someone and force them to answer a question they hopefully don’t know the answer to) and its loving yet ridiculously sarcastic host, Cookie Masterson, right down to jingles announcing which question number you’re at (keep an eye on the progress of Question 4, the one ‘That Cares’), and game modes like DisorDat and the final speed round, the Jack Attack. 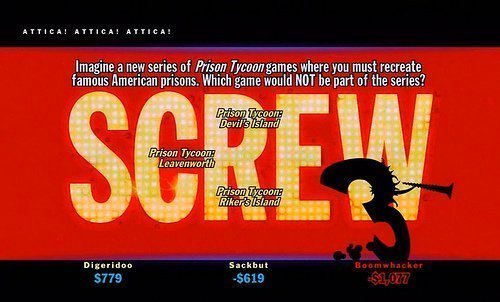 The Gibberish Question mode has been dropped due to a lack of console keyboards, but several new rounds have been created to take its place; wait until you first get to answer ‘Cookie’s Fortune Cookie Fortune with Cookie “Fortune Cookie” Masterson’. Also of note is ‘Who’s the Dummy?’ in which Cookie takes up ventriloquism (badly), slaps his dummy Billy O’Brien on, and then reads testions as test te tan (ie: he’s not a very good ventriloquist and can’t get his sounds right). The best part? Each episode, of which there 73, has a sponsored wrong answer; getting the right question wrong can net you a fantastic prize (like an amazing one-hole bowling ball from Fistable Bowling Equipment, Inc), and up to $8,000 in prize money, definitely beating the normal $2,000 you get from a correct response. The Xbox version also has Avatar Awards — like your own Billy O’Brien or a YDKJ bald cap — that are super-sweet.

Abandoning the old 7- or 21-question format of previous YDKJ games, each episode is 11 questions, which means that it’ll take you about 10-15 minutes to complete one game. Cookie keeps the game fast, fun, and keeps your ego in check if you’re doing well (actually, or if you’re doing badly); his interactions change depending on the time you’ve taken to answer a question, whether or not you’ve answered correctly, and if you’re playing alone or in a group. Random little fact straight from Wikipedia: did you know that Jellyvision created iCi — the Interactive Conversation Interface? It’s “a set of guidelines and principles for creating interactive conversations with users. Examples and a full set of guidelines are available on their website. The iCi guidelines evolved out of research and development on the “You Don’t Know Jack” games, and are enumerated in an internal text known as “The Jack Principles”.” Neat, eh?

While you can play the same episode over and over and have the same questions posed, you’ll rarely have Cookie respond to you in the same way twice because of iCi. Replayability is through the roof on this game. I spent a night on twitter putting up some of my favourite Cookie quotes to feature in this review, and then realised there’s just too many. And, because of Cookie and my rekindled love for him, I’ve agreed to my boyfriend getting a dog when we move in together (note: I HATE dogs), so long as I get to call the dog Cookie. 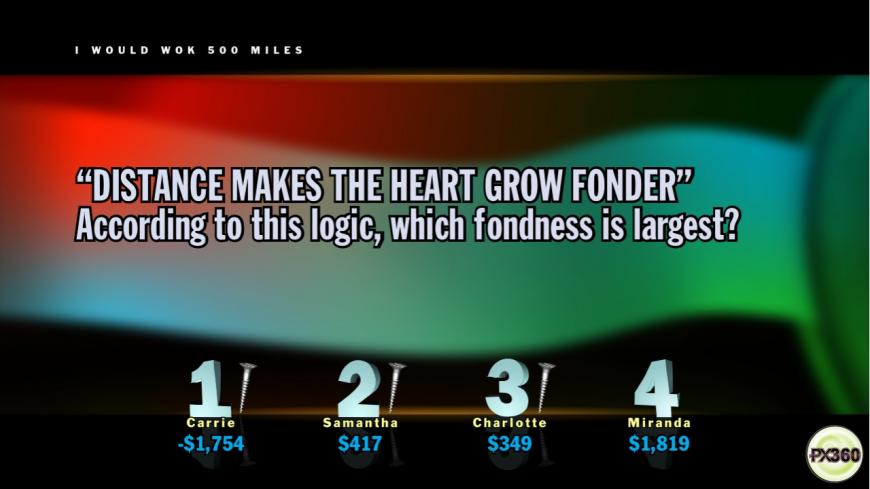 The meh: The DLC packs have been announced for Xbox 360 and PS3, while none have been for the PC version. Actually, worse yet, the Xbox and PS3 versions allow for online play, while the PC doesn’t. In short, don’t get the PC version…which is sad, considering the origins of this fantastic series.

The cold: THQ are incredibly stupid and have confirmed this title will only be released in NTSC regions around the world. In short, Europe and Australia miss out on a FANTASTIC trivia game for no good reason. I’ve heard rumours that THQ considers some of the questions too USA-centric, but Australians who’ve played the game with me (around 10 now, for the record) have yet to make that criticism. Come on, THQ – change your mind!

If you own a PS3, THQ’s stupidity doesn’t really effect you; get You Don’t Know Jack from a site such as Play-Asia. In a surprisingly smart move from Sony, PS3 games are region-free and will work just fine on either an NTSC or a PAL console. If you’re like me and only have an Xbox 360, you will need an NTSC console from North America to play the game; I repeat: this game will not work on a normal Australian PAL console. I have a North American Xbox, but I’m not willing to shell out $150 for a wireless adaptor to get it online, meaning I miss out on YDKJ‘s Xbox Live play. This situation is not acceptable.

If you’re upset about THQ’s decision to limit this game to NTSC regions, you can contact THQ via this link. Make your voice heard. 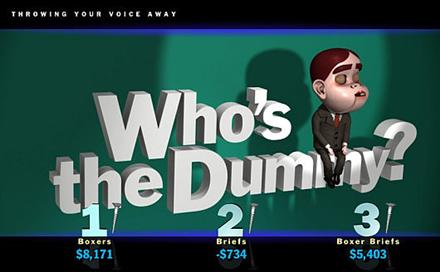 Unsurprisingly, I give this game an unbelievably positive rating. Retailing at $30.00 American, this game is cheap, yet rich with content, laughs, and variety. If you can get your hands on it, it’s definitely worth a purchase. If you’re unable to play it because of region-based stupidity, make sure you take action over it.