Home » Reviews » Watch Dogs Legion Review: Following in the footsteps of the original 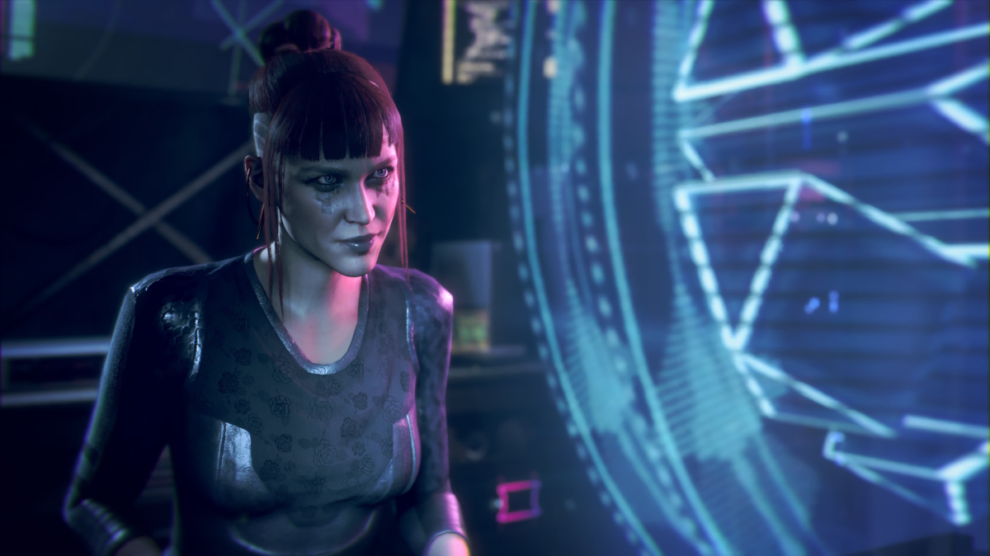 Despite their flaws, Watch Dogs and Watch Dogs 2 were games I had a lot of fun playing. The sequel tightened up some of the gameplay mechanics and in doing so the franchise looked to be moving in an encouraging direction. Then last year we got our first look at the next iteration, Watch Dogs Legion: a game with the central premise that you could play as anyone and grow those characters are you liberated London.

While that idea seemed interesting and amusing in the quick snippets that were shown off on the preview circuit, it turns out that what has been crafted here falls short of what was initially promised. Watch Dogs Legion was one of my most anticipated titles of 2020, but it sadly didn’t live up to my expectations.

In the franchise’s third instalment, players leave the United States behind in exchange for a near-future London that has been overwhelmed by holograms, drones and autonomous vehicles. After the violent hacker Zero Day sets off a series of coordinated explosions across the city, your friendly hacker resistance group, DedSec, is quickly framed for the attack. Set a few months after these events, private security company Albion has moved in to police the streets of London. With the help of lovable AI Bagley, you’re tasked with rebuilding DedSec, recruiting new members at the same time identifying the real perpetrators of the attack. 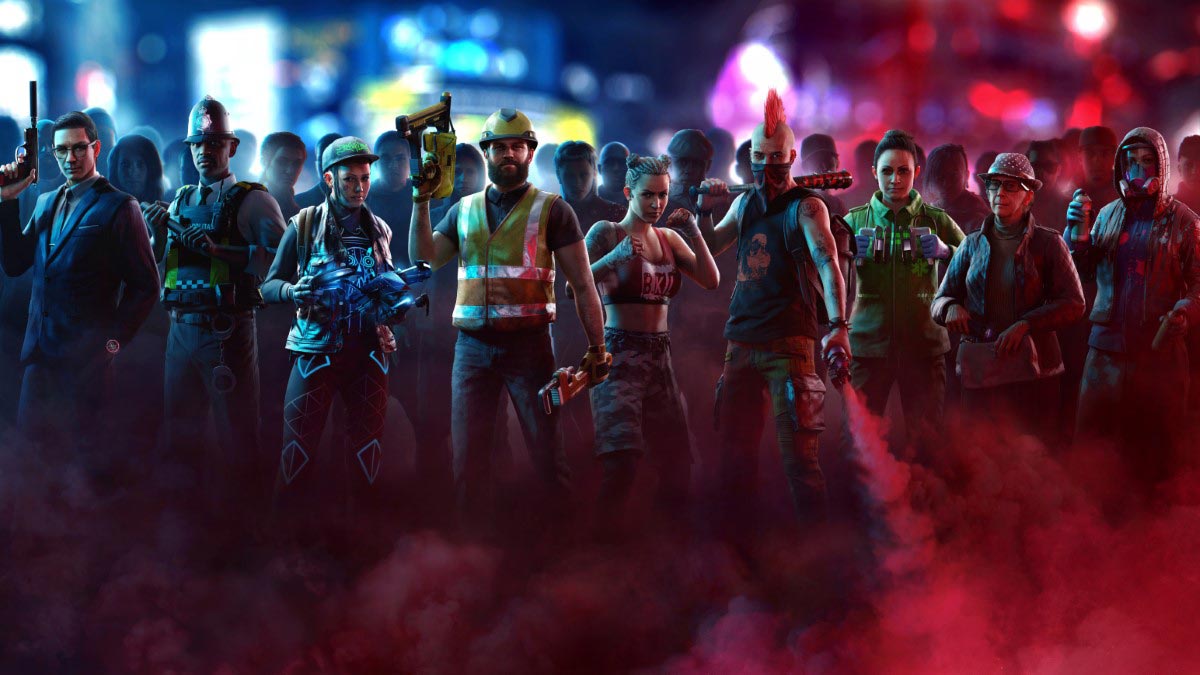 Almost every person on the streets of London can be recruited to DedSec. Using your Profiler tool, you can scan a character to display a wealth of information about them, including their name, occupation, and special skills. If you want to add them to the team, you can save their contact information and it will create a recruitment mission on your objectives list. As the game progresses you will be able to unlock an ability to deep profile each target, diving right into their daily lives.

Doing so provides access to their actual schedule, letting you know where they’ll be and what they’ll be doing at any time. It’s an extremely cool level of detail that’s been built up here, really creating the sense of a living place. The information gathered can help you complete your recruitment missions, but at the same time those missions are relatively easy to accomplish and become somewhat repetitive as you start bringing additional operatives to the team.

However, the lack of skill variety becomes more apparent the longer you spend playing. There are an assortment of character archetypes — construction workers, paramedics, technicians, dancers and more — that you’ll see wandering around the city. For the most part, the skillsets that most characters bring are uninteresting — verging on redundant — when compared with something that you already have. Most of the archetypes have pretty uniform skillsets as well — unless you’re unlucky and run into a police office who has flatulence, ruining any chance at stealth. Very occasionally you’ll come across someone with a truly unique set of skills, but in my experience it was never worth switching across to them as your main character other than to have a quick laugh to see what it was they just did before you took control.

Creating a loot-based game that substitutes collecting weapons for people seems like an interesting concept, akin to a Pokémon-style game, except here acquiring new operatives doesn’t provide any real benefits. There’s no leveling system or any sense of progression at all — a stark contrast to what was shown off in the game’s initial reveal, whereby you could boost available perks and seemingly add new ones through gameplay. As a result, you end up with operatives whom you are comfortable playing with to get the job done; there’s no real point profiling anyone else.

The recruitment system may have been more effective if the much-anticipated permadeath mode was the default way to play Watch Dogs Legion. That system has been relegated to a side option that needs to be toggled on before starting the game. At least with permadeath on there would be some risk associated with taking higher-tiered characters into dangerous missions. If you were to fail, they would be removed from your team permanently, and that would certainly make profiling and recruitment more important. In the default mode, a majority of your characters will get injured or arrested at most — though a very select few with death wishes will actually expire. Most of your operatives will only be taken out of action for around 30 minutes at a time – even shorter if you have a team member that can speed up wait — thereby mitigating any real sense of danger.

A few times during the campaign members of my team were randomly kidnapped, resulting in a rescue mission to save them. That was cool at first, but it was basically the same mission I’d already completed dozens of times through side missions and recruitment tasks. For the most part, there is not much of a reason to complete side missions, as most of the time all your only reward is a bit of in-game currency that can only be used to purchase cosmetic items. 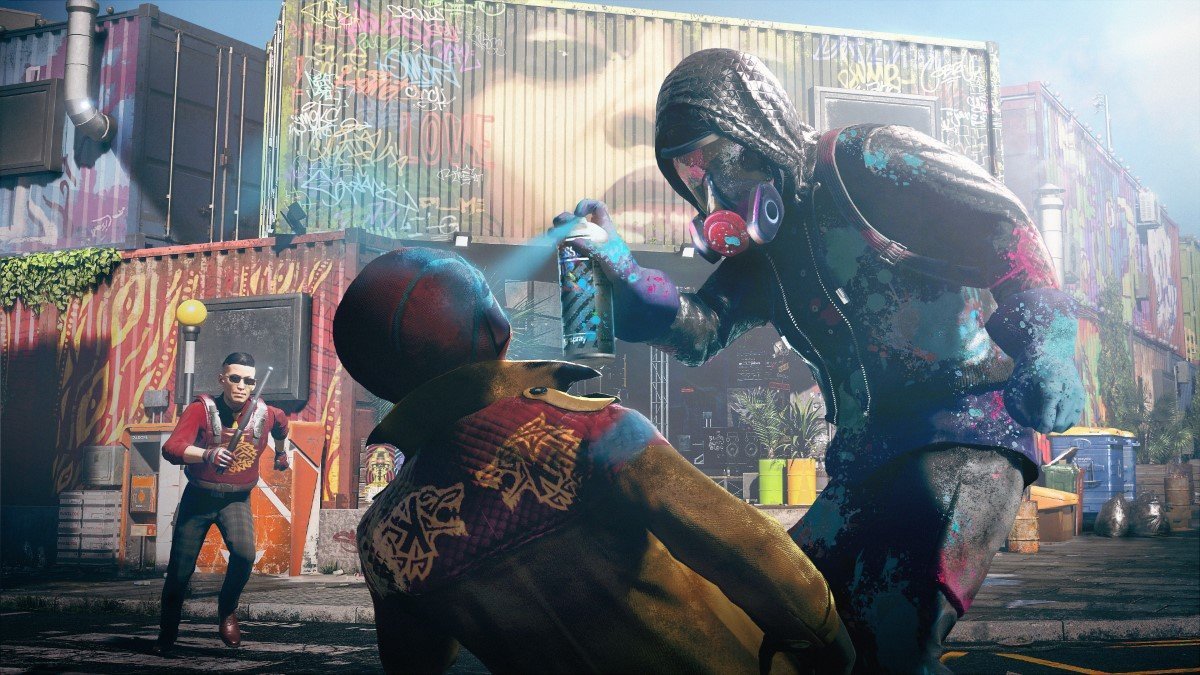 Hacking mechanics remain largely unchanged from the previous games, though some have even been stripped back a little. A few hours in, you’ve generally seen everything you can accomplish with the tools you’ve been given. Players can spend Tech Points to unlock extra gear from a selection of about two dozen items, but each character can only equip two weapons and a gadget at any time, limiting how to approach missions in what is supposed to be a fun sandbox game. Though Legion admittedly changed how it would handle characters after being delayed, it’s still sad to think what could have been.

The campaign is quite a different tone to Watch Dogs 2 and the overarching story was something I couldn’t really get into. The narrative sees London split up into multiple districts that need to be liberated, and doing so will loosen the grip of the controlling factions that you will have to deal with. In short, imagine the Far Cry games of late having heavy influence over Watch Dogs titles of past. Despite the criticism that Watch Dogs’ Aiden Pearce being a cardboard protagonist, Legion attempts to convey its connection to the player and DedSec through its supporting cast. This is a move that results in your controlling character being reduced to a blank slate that is replaceable with any person you come across in the streets of London.

Even as I attempted to learn more about this fictional future, I ran into walls that made it difficult to endure. Players can pick up collectibles throughout London that aim to fill in world-building. In the first three hours I found about twenty audio files, but there’s no way to listen to these outside of the menu screen. This is particularly problematic when many of them run for upwards of five minutes, which brings the game to a grinding halt. Sometimes during missions you’ll come across a data pad containing an audio log that someone has left behind – these play while you’re running around and exploring. Sadly, most other collectibles don’t do that and instead create an unnecessary barrier hindering your engagement. With that in mind I didn’t feel the continued need to chase them down and the fast travel system became very handy, which is mercifully quick and only takes a few seconds to jump between locations. With that, Watch Dogs Legion became the game in which I’ve used the fast travel system more than any other. 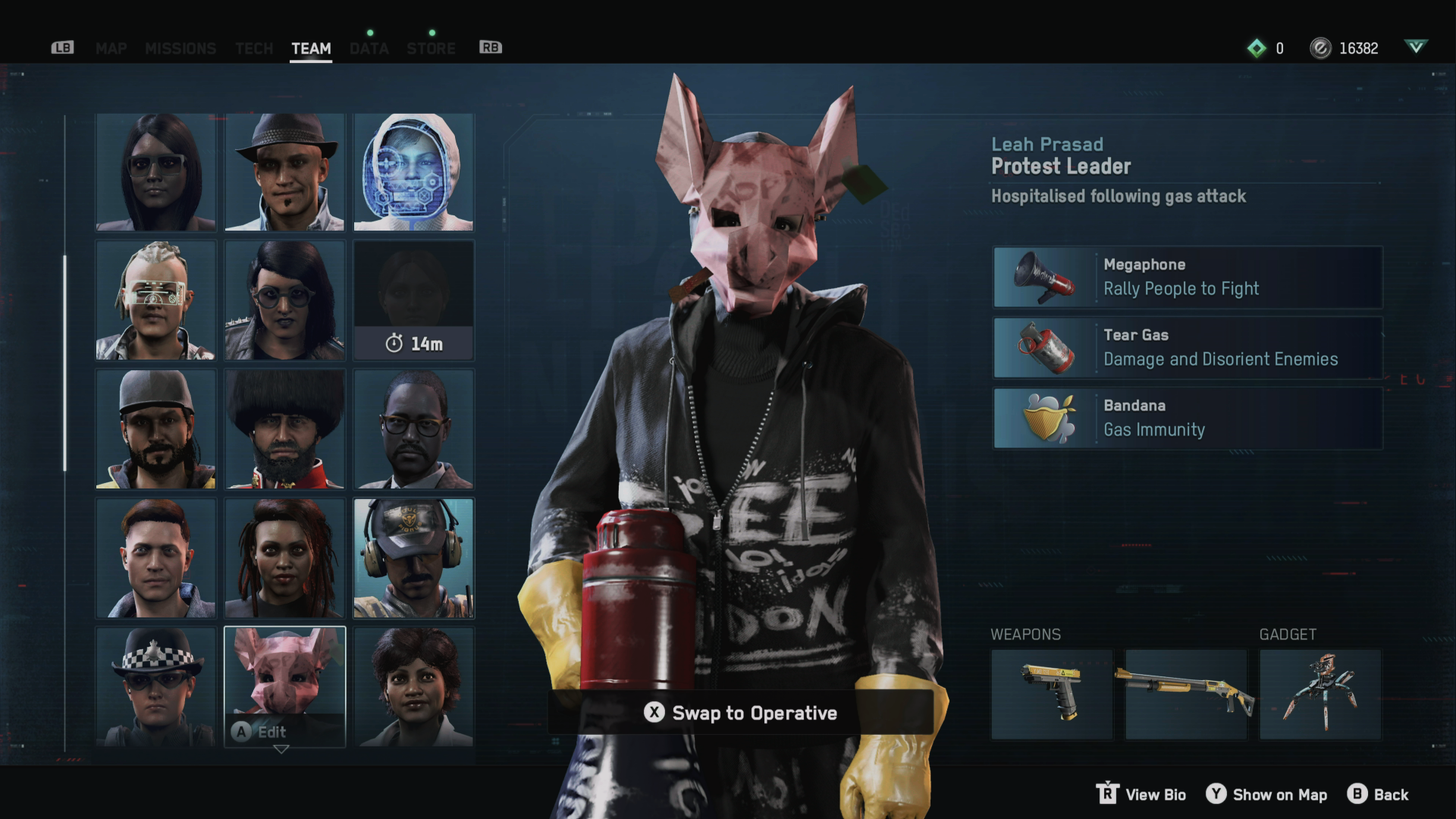 Reviewing this title on my PC allowed me to check out some of the ray-tracing options using Nvidia’s RTX graphics card series, which really add an extra level of realism to the world. But even with those turned off, Watch Dogs Legion is a visually impressive game, albeit one that struggles to perform at a stable framerate even when lowering the options of Ubisoft’s recommended settings.

My i9-9900k, 32GB RAM and RTX 2080 computer was consistently dropping below 60FPS. It is important to note that at the time of playing, Nvidia had not released any Game Ready Drivers for Watch Dogs Legion — performance may be improved ahead of launch. Luckily, Legion is accompanied by one of the best benchmarking tools I have seen in a game and with it you can isolate problem areas and try to rectify those by changing different graphics settings. This is something that should be standard across triple-A games on PC.

Aside from those performance problems there were also technical issues which at times interfered with the gameplay. I had people randomly appear out of nowhere or disappear when I was walking towards them – some that I needed to interact with. During one mission I was chasing a car when it suddenly vanished in front of my eyes and the objective marker stopped on the minimap. In another instance my audio became patchy and I needed to reload the game to get it working again. It seemed like every couple of hours I would run into some other weird problem that could only be fixed by me to quitting out and starting the game again. 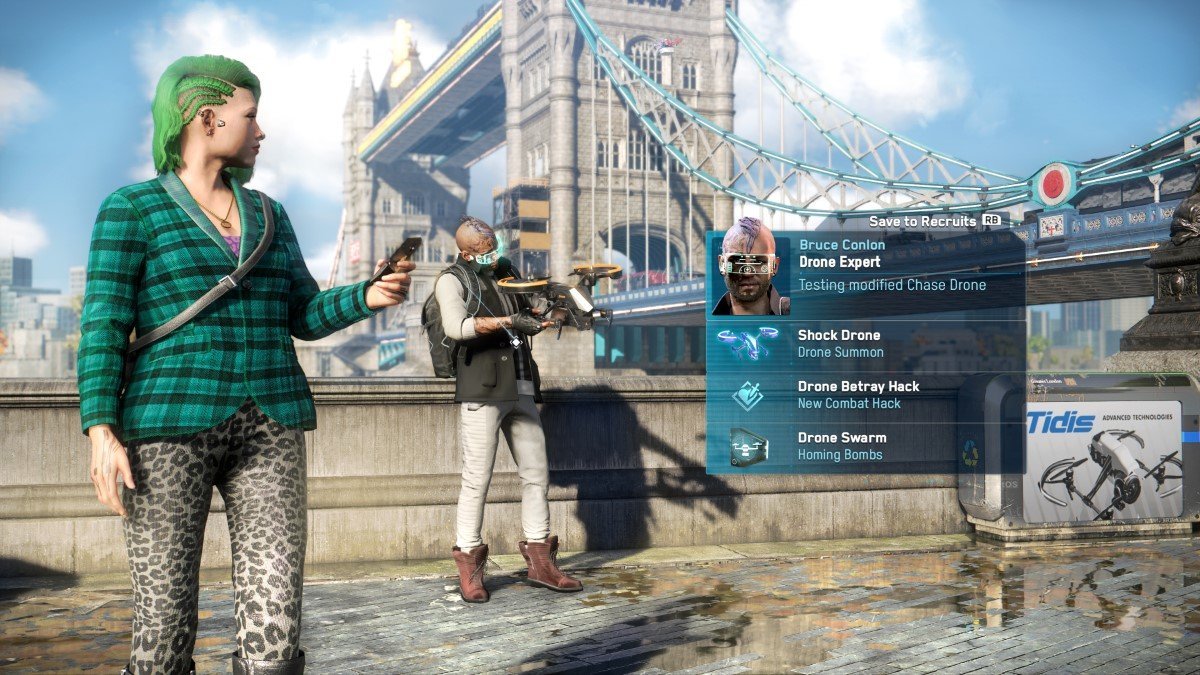 I wanted so much for Watch Dogs Legion to be a game I would love. Everything I saw when it was first announced looked refreshingly interesting and distinct from what had come before it — much like Watch Dogs presented itself when first announced, compared to the product delivered. Instead, some of the much-hyped core ideas were pushed to the side and what’s left is an okay gaming experience that does not do justice to some of the unique systems that were developed.

Even if you put aside the sidelining of permadeath and the absence of any sense of a progression system, the underlying Watch Dogs concept has not evolved in any meaningful way. The hacking functions are relatively the same as previous editions in the series, and once you have spent a few hours in this world there isn’t much left to surprise you. There’s some fun to be had in Watch Dogs Legion, but it becomes so repetitive that by the end of the game everything feels like a chore — one I was desperately wanting to be over hours before its credits rolled.

Watch Dogs Legion was reviewed using a promotional code on PC, as provided by the publisher. The title was also played on Xbox Series X using Xbox One backwards compatibility for a portion of the review. Click here to learn more about Stevivor’s scoring scale.