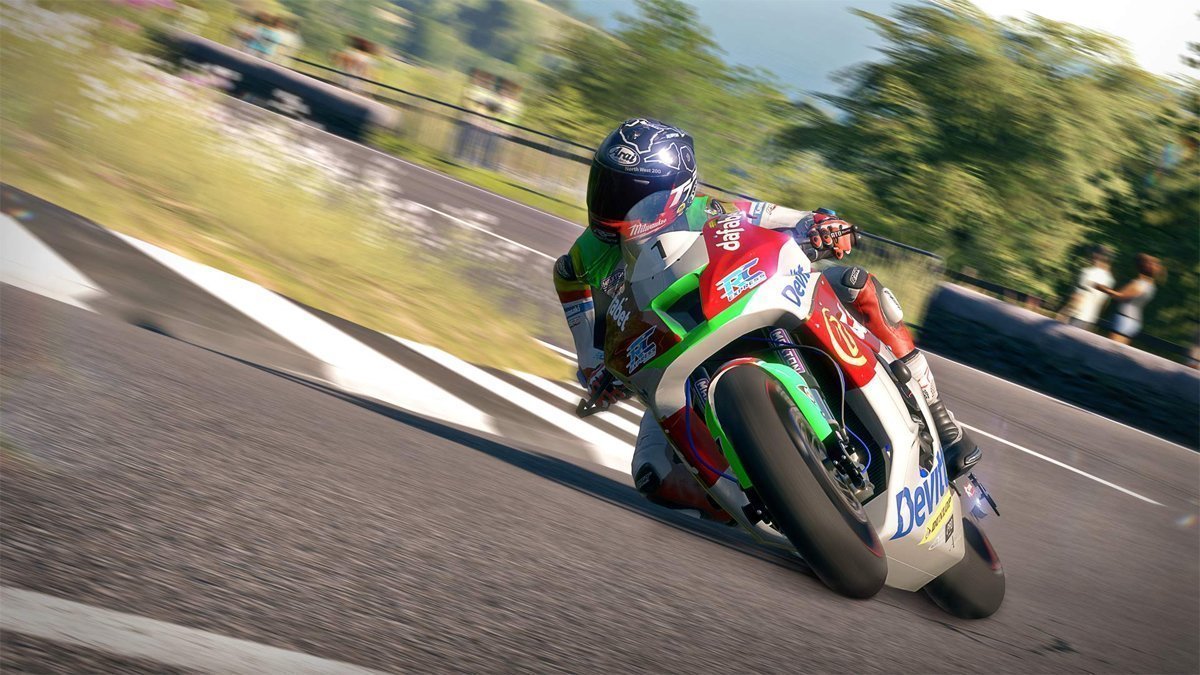 TT Isle of Man Review: Ride on the Edge

Be prepared to hold on tight, kiddo.

It’s incredible what can change within 48 hours. If you asked me what the bravest form of motorsport was two days ago, the answer without hesitation would have been rally. Now, it’s well and truly the Isle of Man TT.

The Isle of Mann is an annual event held on the Snaefell Mountain Circuit, consisting of 60.72kms of the most challenging roads ever seen in a racing event. Kylotonn’s latest offering, TT Isle of Man: Ride on the Edge does an adept job at faithfully recreating it.

At a glance, TT Isle of Man comes across like many of the motorbike racing offerings seen in recent years. At its core it consists of your standard quick race, time trial, career and online modes, but unlike your MotoGPs, Isle of Man is very much a fan-fare service to the race weekend of the same name.

On top of the Snaefell Circuit (which we’ll discuss soon), Isle of Man features nine fictional street circuits across the UK nations: Wales, North Ireland, England and Scotland. There’s some good variety between them, from track length to their designs. Some circuits like the Milford Street Circuit offer shorter, tighter and technical layouts, whereas others like the Antrim Speed Track provide greater opportunities to better experience the rush of speed. Environments are also unique between each circuit, ranging from quiet British towns to the Irish seaside and Welsh industrial zones.

The only problem here is that despite track variety, the circuits lack longevity. The same appeal and pull that official tracks like Sepang or Sachsenring bring just don’t hold in a Welsh country road. Yes, you’ll still find yourself wanting to improve your lap times, but it doesn’t quite translate as well as wanting to shave that fraction of a second by hitting the apex just right on the final straight at Catalunya. They’re fun, but not something you can do time and time over without wanting, more.

But then there’s the pièce de résistance, the Snaefell Mountain Circuit itself. Keeping the Nürburgring in mind as a comparison, I wondered whether it would be feasible to centre a game around a single track. Within the first few minutes though of my initial venture onto the course I realised why there’s such an appeal to this location and event. We’ll get to gameplay soon, but there’s really nothing like Isle of Man in any other form of motorsport.

No course offers the environment and scenery that Snaefell does – starting in main town of Douglas, venturing to the surrounding forests and then continuing into the glorious views of Hailwood’s Heights towards the top of the mountain. The juxtaposition of wanting to go full throttle at every opportunity against the constant urge to brake, knowing full well that the next crest or misplaced input could see your rider hurled into a barricade or obstacle within a blink is certainly unparalleled.

Isle of Man offers a great racing package where the visuals are coupled nicely with spot-on audio; the sound of wind whirring as you approach top speed or the crackle and pop of the exhaust as you come off the power into a corner. It is unfortunately let down by just one element, and it’s kind of a big one: gameplay.

This isn’t to suggest that the handling is off or broken – despite not having real-world experience the bikes all ride and feel as I would expect they would. The problem rests in the very nature of the game itself. Kylotonn has done impressively well in recreating not just the Snaefell Circuit but each of the fictional tracks too, but this goes beyond merely visuals. Real-life roads are rarely smooth and flat, especially in the United Kingdom it would seem. The Isle of Man TT is not difficult simply due to its length, but the very fact that you’re travelling at around 160km/h on a course that has crests, gutters and barriers that will attempt to unsettle your bike or rider – and often does.

When I mention that TT Isle of Man is fan-service I can’t emphasise it enough. The game is properly challenging to the point that I wonder whether your average racing fan will have the patience to not just master, but even enjoy it – let alone a regular gamer. There’s great exhilaration as you destroy a straight or corner at speed, but the pace is too regularly interrupted when you crash, crash and then crash again.

I don’t consider myself a novice at any racing discipline, but it was borderline impossible to complete a lap of the fictional tracks without coming off at least a few times – and let’s not discuss the Snaefell Circuit which is over 10 times the length. Despite having full racing assists on it wasn’t enough to stop me from understeering into a barricade or having the rear slide out and sending my rider over the handlebars. The streets are often incredibly narrow to and the margin of error is absurdly small. You need to be precise with your inputs on a major scale to be successful in even completing a competitive lap.

It isn’t to suggest that TT Isle of Man isn’t a solid racer, because it certainly is. That said, this game is well and truly for the purists, because being anything less will be a struggle. Kylotonn should be commended on what is a great game, but certainly a niche one at that. TT Isle of Man well and truly conveys the pure skill and bravery that it takes to tackle the actual Isle of Man TT, and let me assure you, it’s a lot.

TT Isle of Man: Ride on the Edge was reviewed using a promotional code on Xbox One, as provided by the publisher. Click here to learn more about Stevivor’s scoring scale.