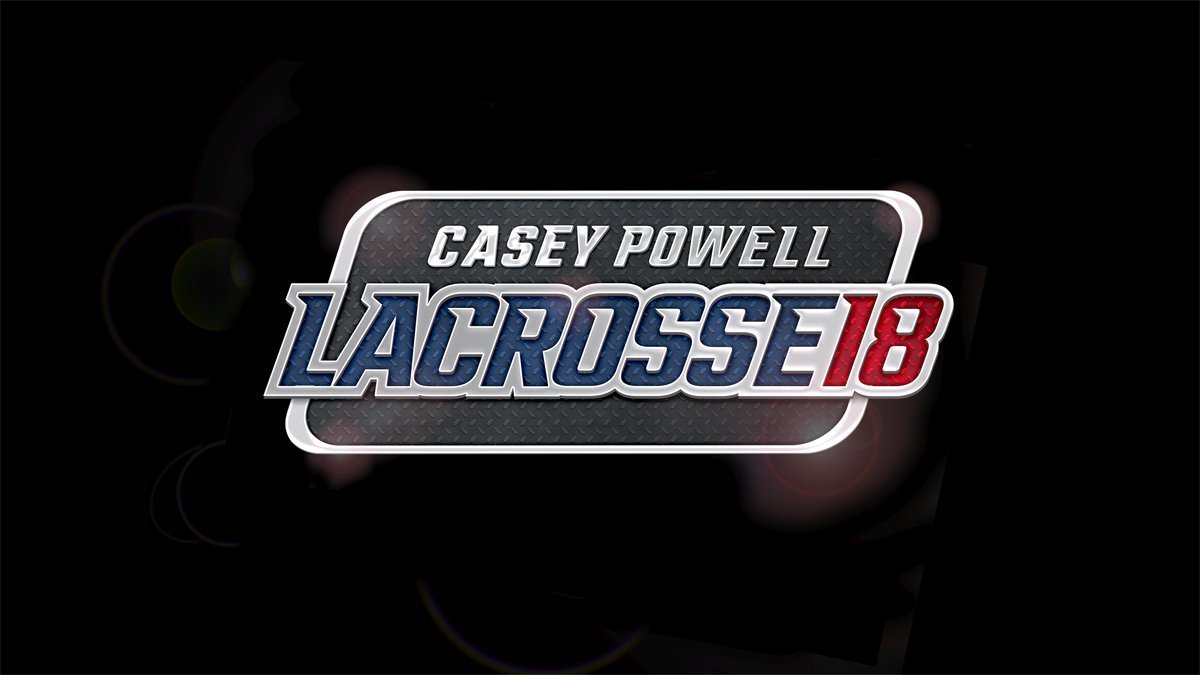 After a two-year hiatus (and a delayed launch) Casey Powell Lacrosse 18 has finally emerged as the latest in Big Ant’s sporting franchise. The result is much like any yearly (or nearly yearly) sporting franchise – minor improvements on a solid core.

Wholly a Big Ant affair, Powell Lacrosse 18 offers exhibition matches and a robust Career mode alongside creator tools to build players, teams and stadiums. One of the first screens you’ll encounter in-game reminds you of this… and also to discard default rosters for player-made ones that needn’t concern themselves with licensing contracts.

(Despite said complaint, take advantage of the offer to do the swap, eh?)

Due to my inherent Canadianness, I’m familiar with lacrosse – it is our national summer sport, after all — but not a huge fan. I equate it to ice hockey on land (and I’m aware of field hockey, thank you) with just a little bit of basketball thrown in for good measure. While running the ball is possible and useful, I find most of lacrosse’s strategy is rooted in positioning and great passing. Moving the ball up the field with your lacrosse stick is way faster than by foot, and lightning-quick passing is key to catch a goalie off guard. In this respect, Powell Lacrosse 18 nails it.

Opponent AI is much improved over 16, and on harder difficulties will present a real challenge to lacrosse veterans. On easier difficulties, AI is persistent and aggressive enough to force newcomers to devise and perfect strategies. Controls are very similar to FIFA or NHL titles, in which your controller’s face buttons can be used to perform different styles of checks or to command AI teammates to pass or take a shot on goal.

Movement is achieved via the left stick, and your actual stick via the right stick. As in hockey, pulling back on the stick will do so in-game, charging a powerful shot before a flick of the stick in an upward direction will launch it. If jostling for position in front of the goal, a charged shot is key, while a pass, pass, one-timer should be your go-to most other times. The simple complexity of lacrosse is what made it Canada’s national game, and that’s translated into a digital format extremely well.

As with most Big Ant’s titles, points are lost due to Casey Powell Lacrosse 18’s overall presentation. Character models look like they’ve taken a detour through Uncanny Valley — coincidentally, the name of the stadium I created – before heading to the field. Pre-game animations are comical, especially when an extremely pixelated crowd is highlighted, though on-field animations and movements have have largely improved since the last outing.

The game’s soundtrack is nothing short of bland, and in-game commentary’s always a little bit off. In the last game I played, the commentator waited a full minute after a play to declare that my shot had glanced off the post before saying the opposing goaltender had been playing great, “so far.” There were 30 seconds remaining in the last quarter of the game and I was up 6-1 at that point. Maybe he just didn’t want to hurt the kid’s feelings?

While Big Ant has told Stevivor that Casey Powell Lacrosse 18 won’t end up in patch hell as with the launch of AO Tennis, it has conceded that a post-launch patch will head to Xbox One within the week. I understand Big Ant and Crosse aren’t a combined powerhouse like EA Sports, but considering the game’s already been delayed, I question why this release couldn’t have been held until final refinements were included as a day one patch.

Despite this, Casey Powell Lacrosse 18 is a solid sports title that newcomers will find engaging and enjoyable. Die-hard lacrosse fans will frankly gobble this up. Strap on your pads, string that lacrosse head and dive in… and feel free to download Uncanny Valley as well – I’ll make it public when I get home from work. An Xbox One X Enhanced title, make sure you can play on an X and with a decent 4K TV to make the most of the presentation.

Casey Powell Lacrosse 18 was reviewed using a promotional code on Xbox One and Xbox One X, as provided by the publisher. Click here to learn more about Stevivor’s scoring scale.