Home » Reviews » The Crew 2 Review: Take to the skies 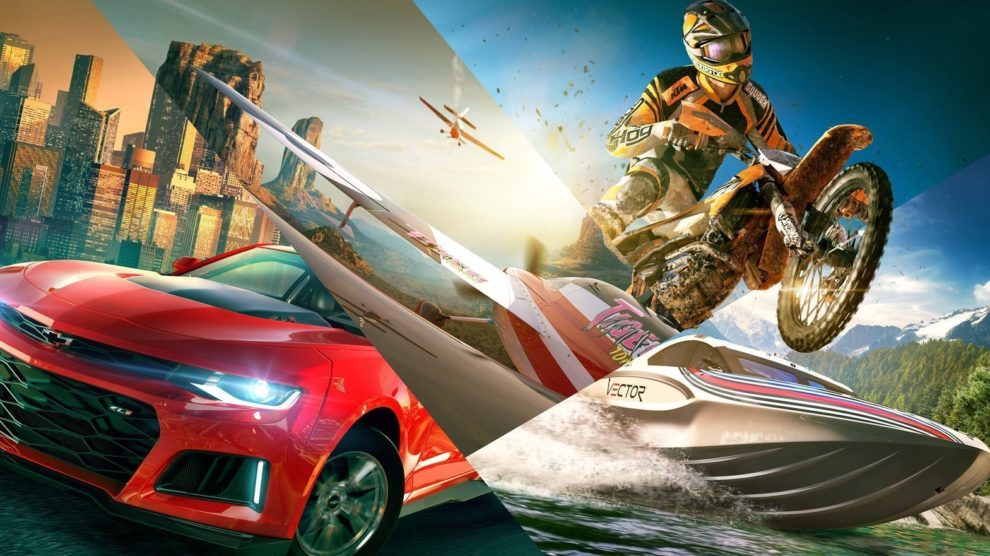 There’s a common thought that comes to mind as I’ve been playing through the last few triple-A racing titles: it would seem that the racing genre has hit a point of no return.

I remember a game I used to play on the N64 about two decades ago. It was called SCARS — coincidentally enough, published by Ubisoft — and was pretty straightforward. In it, you raced using vehicles that resembled different animals and took advantage of power-ups similar to that of Mario Kart (albeit not implemented nearly as well). It was a standard racing game for its time and to be honest, for quite some time thereafter.

Nowadays, it seems like a racing game has to offer a massive open-world, an incredible roster of cars and race types and a plethora of customisation options. In that regard, The Crew 2 does at least that, and fortunately, even more. 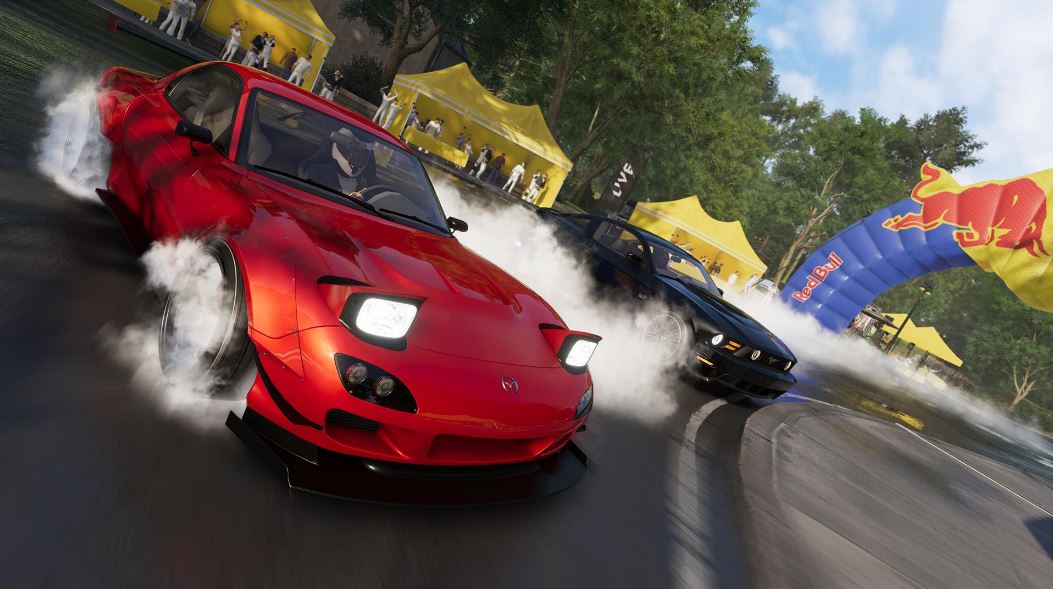 Kicking off, The Crew 2 follows a very similar route to its prequel. Again set in North America, developer Ivory Tower has done a really incredible job re-creating the size, variety and detail of the United States. While the gameplay in The Crew 2 continues to be enjoyable, it’s the sense of exploration that makes this franchise different to other racers with similar offerings.

Driving from one event in LA to another in Las Vegas, I spotted a series of signs for the Giant Thermometer. As an Australian it’s only natural that giant things pique our interest, so a detour was made and a Thermometer was seen. Granted, it was a bit of a letdown, but it’s that experience of reading a sign of a real-world location, finding it interesting, driving and checking it out that makes The Crew 2 so fun. Coupled with the photography side-missions that encourage you to visit landmarks across the map, there’s more on offer here than just a mere racer. The Crew 2 wants you to see everything it has to offer.

Delving into the campaign, The Crew 2 ditches the cheesy undercover cop storyline from the first game for one that’s, to be frank, far too overused. You start as an up-and-coming racer looking to make it on the global scene as a social media sensation. Proceedings are sponsored by a company called Live, which broadcasts various races across the country. Winning races and nailing stunts earns you followers, and the more fans you have the higher in popularity you climb; that opens up more events for you to compete in. While this concept doesn’t come across as try-hard, it’s been overused in the racing genre for far too long. 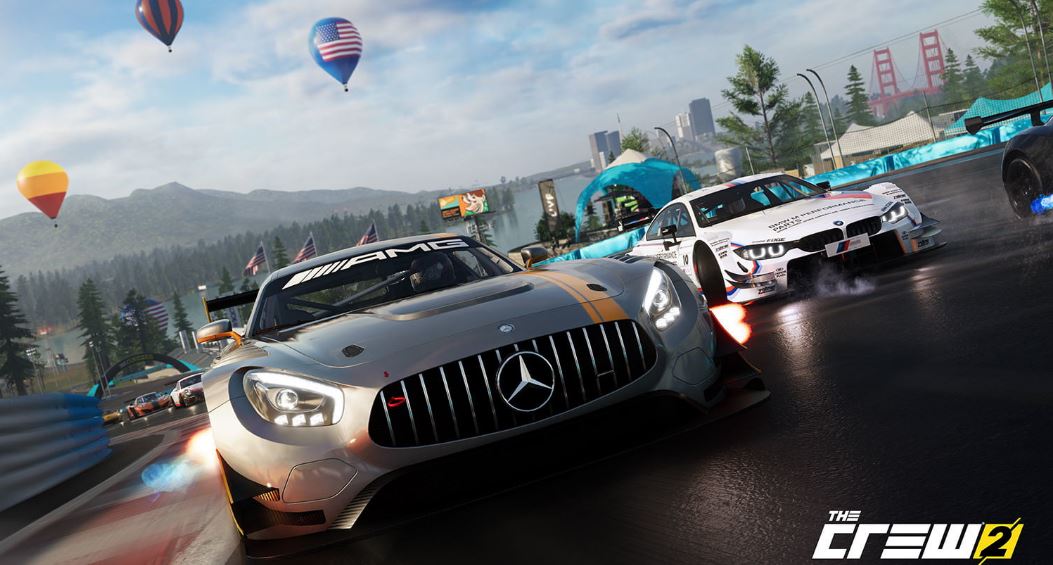 Events in The Crew 2 are broken down between four main disciplines – street racing, off-road, freestyle and pro racing. From these, races are broken down even further where events can include either road or track racing, drift and rally raid, to name a few. Races are scattered across the map but the only problem is that the distances between the cities are considerably large. While you’ll occasionally want to travel from one city to another taking in the sights, too often you’ll resort to transporting direct to the event. It’s not Ivory’s fault America is so vast, but having more events closer together would be nice so you’re in each city for longer before jumping to another.

One of the greatest changes to The Crew 2 is that racing is no longer set to just the tarmac or gravel. Bringing up the point of no return once again, The Crew 2 now allows you to jump in, travel and race in both boats and planes. Initially I was skeptical to the idea, but hours in I was finding myself loving the varietyon offer. Starting with the vehicles, both cars and bikes are available. The physics have a nice weight to them but unfortunately you notice that you lose speed in a big way when you take corners; this absolutely kills pacing. Tapping the (hand)brake does allow you to drift somewhat, but not in the same way that Criterion brought to Need For Speed. Overall, it still plays well.

I found myself having the most fun with planes. Not too long into the game you’ve given access to a stunt plane, and while it’s no Concord, it sure is fun. Travelling from one city to another via car takes a considerable amount of time, so why not switch to the plane and fly over mountain tops instead? It’s made all the better as you earn fans for flying low, doing barrel rolls and loops along the way. While I won’t deny, I did start to feel a little motion sickness after a bit too much fun, it’s definitely my favourite way to travel. Controls are extremely simple to get used to as are all vehicles in the game, so it’s very much a pick-up-and-play experience.

Last comes the boats, and to be honest, they’re the least rewarding of the bunch. While the powerboats offer nice variety to the vehicles in the game, the racing lacks the same sense of speed and risk that a vehicle in traffic or plane amongst buildings and trees brings. A welcomed addition sure, just one you’d leave until last.

While The Crew 2 does offer a fun experience, there are a few slight issues that shouldn’t be ignored. Requiring an online connection, I found that I’d been kicked out of the game whenever I turned the console off and returned to it later. It forces you back to the main menu to sign back in which takes a couple of minutes and is a slight hassle to be honest.

Opening the game map to find the next race is also an inconvenience to go through each time too. By default the map is at street level, requiring you to zoom right out to see the entire world and its surroundings. I dread finishing each event because the process of picking the next race is a slog. The mini-map is also a tad too small and the GPS system is useless when racing on the streets. While the blue line at the top of the screen in The Crew looked intrusive, at least you knew where you were going. This time around you have to keep looking at the mini-map; its blue line is ever so thin and faint.

The Crew 2 is very similar to what the original offered: arcade fun. The US as a basis for a world map is fantastic, and while there’s a lot of nothing between the major cities and texture pop-in is a constant thing, it’s still a great environment to explore and travel in. The vehicles in the game are varied, as are the races you’ll use them in. Visually the game is great and the sound effects never get tiring – particular the cackle from the exhaust whenever you come off the throttle or hit the brakes. The Crew 2 won’t be seen as a game that defines the genre, but it’s definitely one that adds fun and variety to it, and even if you’re not a hardcore racing fan. It’s worth checking out.

The Crew 2 was reviewed using a promotional code on Xbox One, as provided by the publisher. Click here to learn more about Stevivor’s scoring scale.