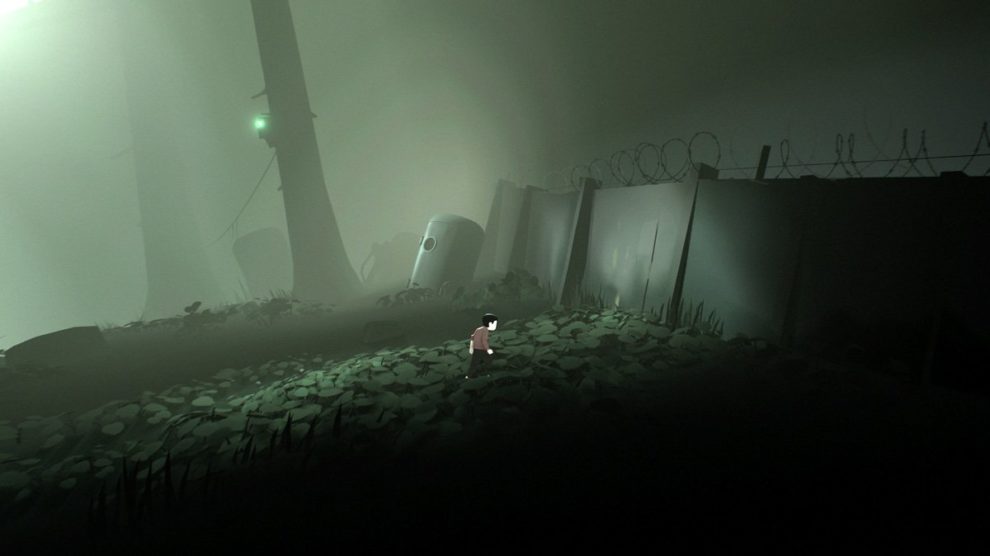 Seeing as how Playdead’s newest is a timed Microsoft exclusive, it would have been perfect to name it Limbo: Puzzles Evolved rather than Inside.

Those who’ve played Limbo know what to expect immediately. The two games are undeniably similar; both begin as a young boy moves into focus on your screen. Wordless, yet abounding with emotion, this iteration’s child sets off into a largely monochrome setting as you, the player, very quickly realise it’s him against the world. A lack of colour doesn’t mean things are boring — the forest you find yourself in is rich with atmosphere, dark and brooding and as likely to lead to your demise as the sinister henchmen chasing you down. If they catch you, a disturbingly gruesome death reminds you of the trial-and-error nature of what you’re about to go through.

So yeah, it’s hard not to see the parallels. Only two works in, it’s clear that the Danish developer is quite good at this type of dystopian, unforgiving puzzle game. For those who played last-gen’s Limbo, Inside is a shining example of iteration and innovation done right. Lessons were definitely learned from the first go ‘round, making this title extremely polished and refined. 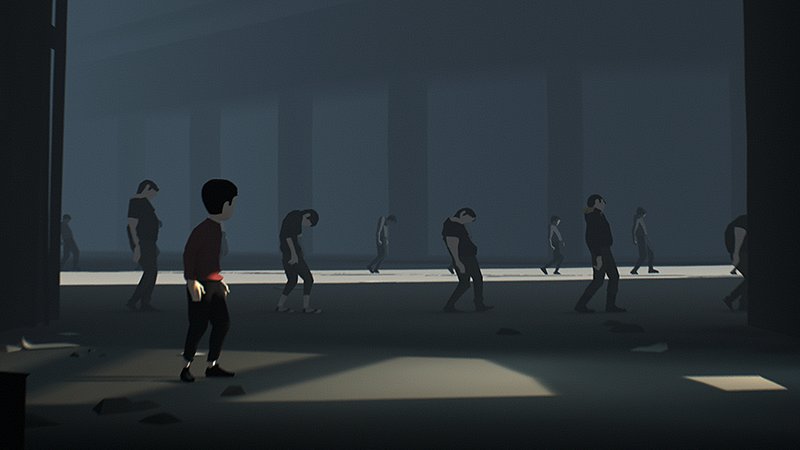 Simplicity is still key despite tremendous improvements in world detail that are only boosted by stellar lighting effects and crisp sound design. Puzzles start off quite simply, yet ramp up fairly quickly. Though they revolve around only a handful of physics-based themes, nothing feels repetitive. Each theme’s individual quite clearly shows refinement each time it’s used, right up until Inside’s climax. Best yet, not a single puzzle is cheap – you mightn’t realise it straight off the bat, but each puzzle’s solution is staring you square in the face the entire time.

Inside reminds me of the leap from Super Mario Bros. to Super Mario Bros. 3 – something simple and good then transformed into something amazing. Almost every single aspect of Playdead’s newest offering shows remarkable improvement… which then makes the bits that fall short extremely jarring.

For a long time into the game, you barely know what’s unfolding around you. Instead, you focus on your escape. You keep running, ensuring let the overseers of this strange land never, ever see you. Slowly, its secrets begin to peel back; you come across other beings, also held captive, but seemingly sucked dry of their hope and free will. In a move that should make you question your own morality, you find you can control these lifeless husks, putting them at great risk merely to fuel your own escape. Despite feeling dirty about the entire thing, you’ll be engrossed, front and centre in a mystery that begs to be solved. 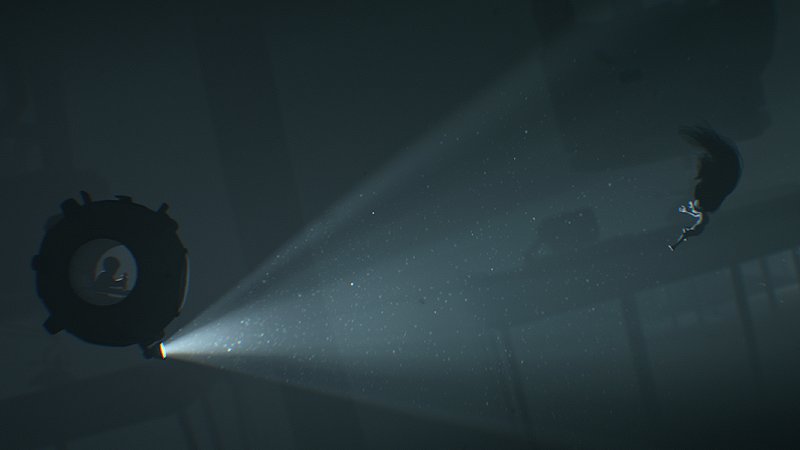 Said control is something from a science-fiction movie, but it makes complete sense simply because you don’t know any better. PlayDead shows you how something in the world operates, and you go with it; it becomes a rule. If one mind-control helmet gives you power over certain entities, so too will the next you see, and the next, and so on. Like it or not, you’ll have to slap on that apparatus and use it whenever you come across it. Hell, you’ll do so eagerly because you want to keep pushing forward to see what happens to your character.

Without ruining anything, there are two major points near the end of the game that completely defy this notion. In the first, the rules of the world are dramatically re-written to allow for a new batch of physics and, therefore, a branch new batch of puzzles. The second on-the-nose decision by Playdead seemingly happens for nothing more than to elicit a strong reaction from players. Playdead very clearly wants people gather to around the watercooler and discuss Inside’s ending in the same breath as the Game of Thrones finale. Worse yet, the gameplay sequences around that second, horrible instance provide for controls that are sloppy and unmeasured, the antithesis of everything you’ve encountered to that point.

Playdead has greatly improved how it delivers a story, but hasn’t moved away from ambiguity. The latter three-quarters of Inside cheapens the otherwise refined package, only saved because the studio is the undisputed master of horrific puzzles. Ending aside, it’s definitely worth a look.

Inside was reviewed using promotional codes on Xbox One and Switch, as provided by the developer. Click here to learn more about Stevivor’s scoring scale. This piece was originally published on 28 June 2016.