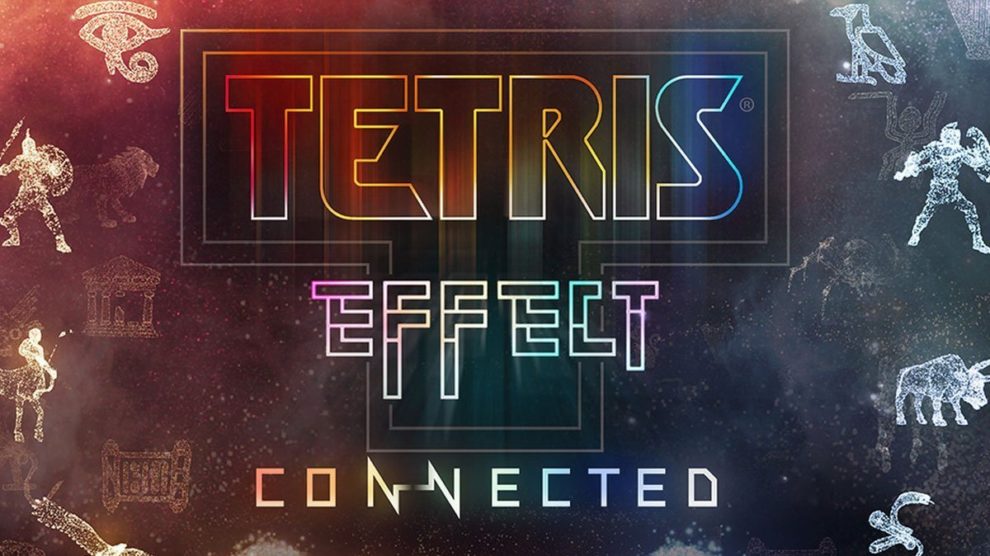 Tetris Effect Connected was announced for Xbox Series X back in July, brining Tetris Effect to the console and adding multiplayer in the process. While Xbox faithful mightn’t have realised what that really meant, PC and PlayStation users were likely grinning ear-to-ear and saying, “welcome to the party.”

Tetris Effect is a cavalcade of light and sound, the same ol’ fashioned game — I was going to say simple, but let’s give it the credit it deserves — some of you grew up with on the Game Boy, but also so much more. As Adam ‘Grizwords’ Mathew said in a recent post about the games you must play during the pandemic, “Tetris Effect is a visual and auditory ‘cracktasia’ that takes it to a new level,” powered by music from Tetsuya Mizuguchi of Rez, Lumines and Child of Eden fame.

In it, levels are themed — and music, sound effects and visuals all cater to it. Launched against a simple black background, visuals and audio cues intensify as you progress, swelling as you near the line requirement necessary to continue on. At times, it’s as if you’re unknowingly conducting an orchestra like Mickey Mouse in Fantasia, (sometimes) unknowingly swapping and dropping Tetriminoes to the beat. At other times, the beat will fall in line with your actions, a constantly evolving beast. 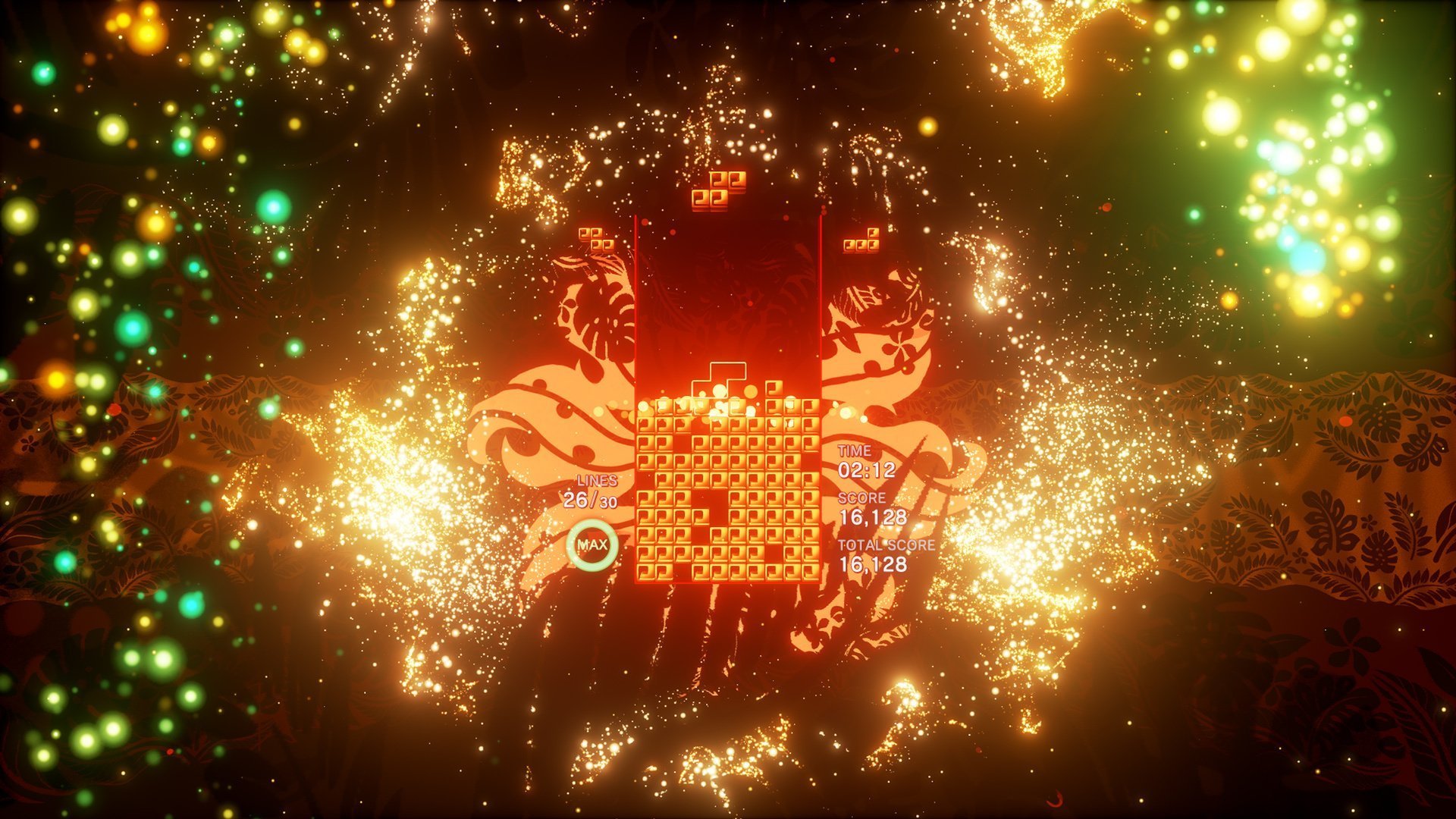 Tetris Effect can be extremely relaxing, somehow easing your mind and body into a serene sense of calm; it’s fitting then that a new mechanic called the Zone capitalises on this, allowing you to slow down time and enter a state of near-nirvana. Tetris Effect can also be as stressful as hell when you’re reaching the top of your allowed play space, and that Zone mechanic will still serve the purpose of trying to remedy that. Plan your drops accordingly.

Journey mode is the closest Tetris Effect gets to a campaign, with level after level presented so long as you don’t fill your play space with Tetriminoes. As you clear line after line, a speed boost will make things more challenging; a fail state resets things and lets you pick up from your latest level at a less strenuous pace. With seven total areas, Journey will keep you busy for a while.

Effect mode was also part of the original game, a mode with myriad modes and challenge levels on offer. While some are incredibly insane — fast-paced and also requiring 300 lines cleared to succeed — Effect mode also offers an infinite mode where failure is literally not an option. 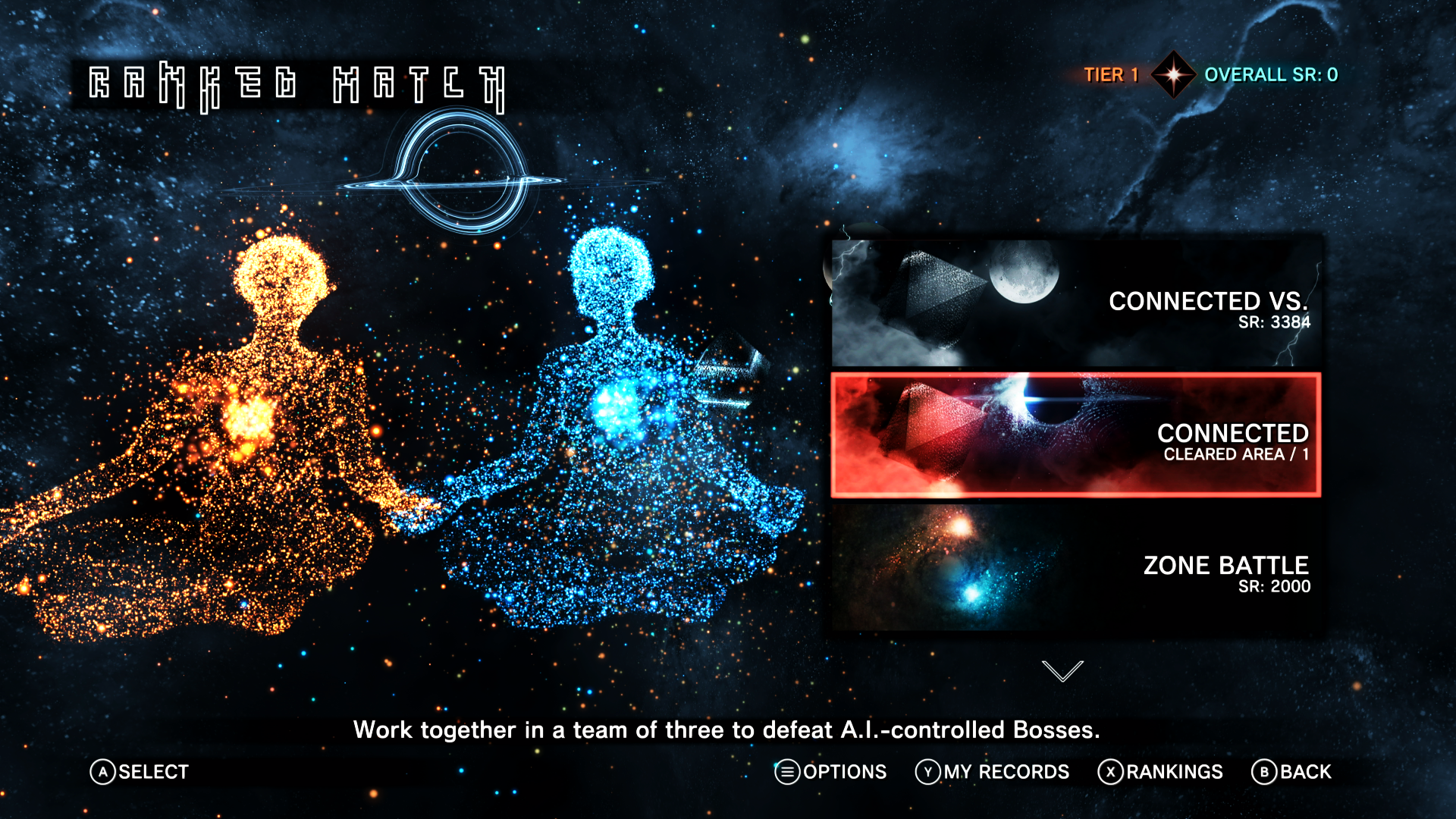 Tetris Effect Connected is indeed named for its newly-included multiplayer modes — 3v1 and 1v1 affairs where you can team up with local friends, go ranked against online partners or simply take it to AI in an attempt to feel like you’ve got some mates. The 3v1 modes are just that, pairing three people against a Tetris master (or a boss AI), while 1v1 offerings will let you play in Tetris Effect (read: Zoned) or Classic rule sets. While the modes are all quite enjoyable, I’m wondering why four-player 1v1v1v1 or 2v2 games aren’t on offer.

Griz said how amazing Tetris Effect can be in VR, but I’m happy enough just playing with the sights and sounds emanating from my TV. If Xbox isn’t your bag, you’ll be pleased to know that Connected will eventually be coming to your platform — and that includes your VR platform — of choice soon, and for free at that. Everybody wins.