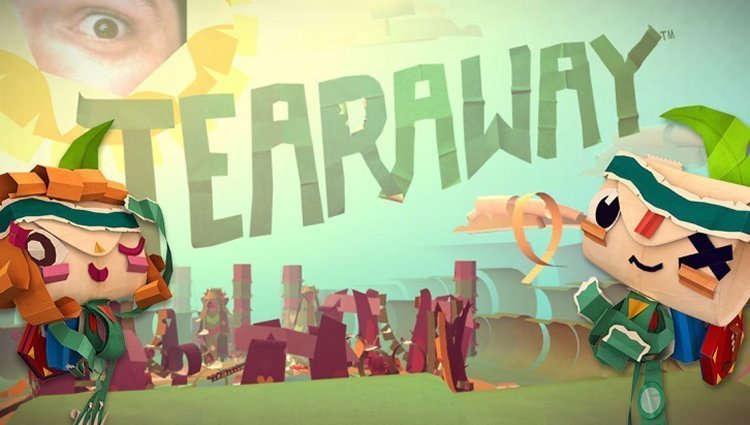 Media Molecule is a studio well-known for its flagship series, LittleBigPlanet. Since 2008, they’ve graced us with various instalments in their Stephen-Fry-narrated world, but the time has finally come to branch out to other projects. Enter Tearaway, a PlayStation Vita game set in a gorgeously animated papercraft world.

Tearaway follows the story of a world made of paper given life by stories, where the inhabitants have grown bored with the tales they know and want to hear something new.  An envelope appears in the world, addressed to one of the You’s – that’s you, by the way. From a paper-person’s point of view, the Yous are godlike figures that stare down at them from the face of the sun (a neat trick that utilises the Vita’s front camera to insert you into the game). The envelope comes to life in the form of Iota or Atoi, a male or female messenger based on your preferences whose mission is to deliver themselves to you. Or You, if you want to give in to the god complex the game warmly encourages you to embrace. 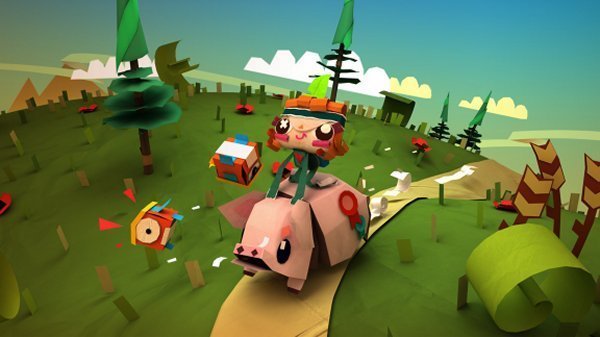 Tearaway is a fun title that does its best to take advantage of all of the Vita’s gimmicks for its gameplay in a truly fun way. Key among these is the ability to thrust your fingers up into the game world using the rear touch pad, allowing you to knock enemies about or move objects in the environment to assist Iota/Atoi in their journey. You’ll also find yourself scrunching, stretching and moving elements of the world using the touchscreen, and yelling into the microphone to do things like creating scary monster noises.

Alongside your godly contributions, your messenger engages in some relatively basic platforming work, roaming each area to find hidden presents, solve some minor puzzles and collect Confetti to unlock customisation options and camera filters, so you can get your papercraft-Instagram on.

Visually the game is rich and a joy to move around in. As you’d expect, the entire world is made of cut, curled and constructed paper. It seems the designers have been careful to ensure that everything is structurally sound as well – you won’t see impossible architecture or disappearing/reappearing elements of the game’s constructs – everything is designed to works as well as if you’d actually built it. There are fun little extra touches throughout as well; occasionally there will be kinks in the paths that have been glued down for you to follow, or corners of things that have come unstuck and curl up, sticking down when you walk over them but inevitably popping up again. The depiction of water is gorgeous as well – walking through water produces little ripples from your feet made out of cut-out rings of paper. This care and thoughtful design work extends to unlockable papercraft models in the game, allowing you to print and build the characters and objects from Tearaway’s world in real life. Initially I thought this was a pointless inclusion, but after some time with the game I have some printouts queued up to decorate my office here. 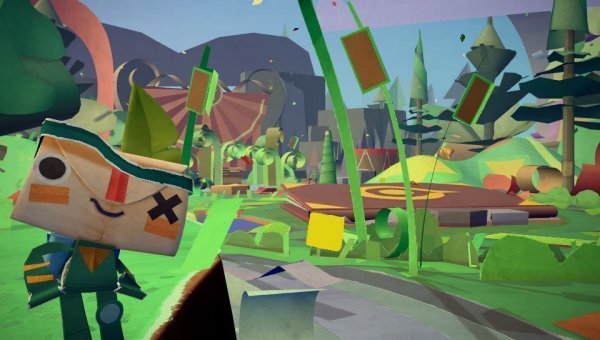 The customisation is one of the more creative parts of the game – occasionally you’ll be asked to design something for the game to use, like a crown for the Squirrel King or a new moustache for the guy who inexplicably lost his moustache. These segments give you a selection of coloured papers, scissors and time. You can cut and assemble different elements to build any kind of tresult in these spots, which then get integrated into the game world. Each item you design is then saved to reuse whenever you like. At any time you can also redesign your messenger by adding or removing their facial features, and add extra flourishes both unlockable and custom-created. Other games have tried this in the past – such as the DS title Drawn to Life – but it felt far more cosmetic than Tearaway’s integration of the feature. It’s not a game-altering mechanic, but really reinforces the creativity the game pushes you for.

On top of this, there are several core customisations that quite impressed me at the game’s outset. There’s the already-covered option to choose a male or female messenger to play as – also reflected in a reversible cover for the Vita game case – but Tearaway goes further. Thankfully, you have a carefully-worded query about “what colour is your skin”. This was good to see, as a concern I had early on when the game was announced was that non-white players would be expected to ‘immerse’ themselves in the game by sticking their suddenly-Caucasian fingers into the world. Not so, I’m glad to see. The game also asks whether the player PREFERS TO BE REFFERED TO as male or female – it doesn’t ask if you ARE a boy or girl, just your preference. It may seem like a negligible difference to many, but for all the trans gamers or those with a less basic gender identity out there, it’s a nice little acknowledgement that doesn’t cost anyone anything. 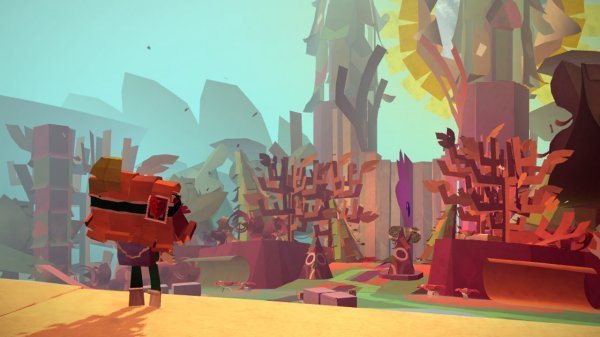 As far as gripes go, I don’t have many with this game. Some of your messenger’s abilities are dealt out slower than I would like, with the ability to jump only unlocked after finishing the first two zones of the game. It’s frustrating to not be able to jump in all that time (beyond instances where you can knock them around with the rear touchpad), and given the game fits the platformer genre it’s odd to not have this from the beginning. That said, Iota/Atoi does discover the ability to jump by concertina-folding their legs, so points for cuteness. Combat is pretty basic as well, mainly just involving a stun-and-throw loop for the Scraps that attack you as you travel. The enemies are presented made of rough newspaper material in contrast to the game world’s rich construction paper colours, so points for style again.

In some ways, the game fits the criteria for a more AAA title – it’s relatively short, relatively linear, and mainly exists to carry the player from one spectacle to another. This isn’t a bad thing, of course- many games that follow this formula are fun to play, such as the Uncharted titles. The issue here is more about length. Tearaway offers enough fun uses of the Vita’s input methods that you want to get a bit more time with it. There’s limited replay value in unlocking all the decorations and finding all the hidden items in each zone, but I’d still prefer there had been more meat to the game overall. Nevertheless, Tearaway is a fun ride while it lasts, and shows that Media Molecule is more than a one-hit wonder. Given the care put into this title, I look forward to their super-secret PS4 project in the future.