Home » Reviews » The Surge Review: Throw another arm on the exosuit

Lords of the Fallen’s Deck13 is back, this time with a dystopian sci-fi tale in The Surge.

Borrowing from the likes of Dark Souls, you begin as a paraplegic entering the offices of the mega-corporation CREO. The world’s gone to crap, you see – the ozone layer has been depleted, resources are drying up at a considerable rate – and CREO is acting in humanity’s best interests, not its bottom line, to fix it all up. The program’s called Resolve — catchy and on-brand, eh? Surely CREO is on the level… right?

After selecting your character type – a heavy or a technician – you’re treated to a gruesome scene in which your character dons his exosuit, one that allows him to walk again, alongside a combat skillset an MMO fighter would be jealous of. That cutscene sets the tone of the game: things are grim and survival is solely on you. 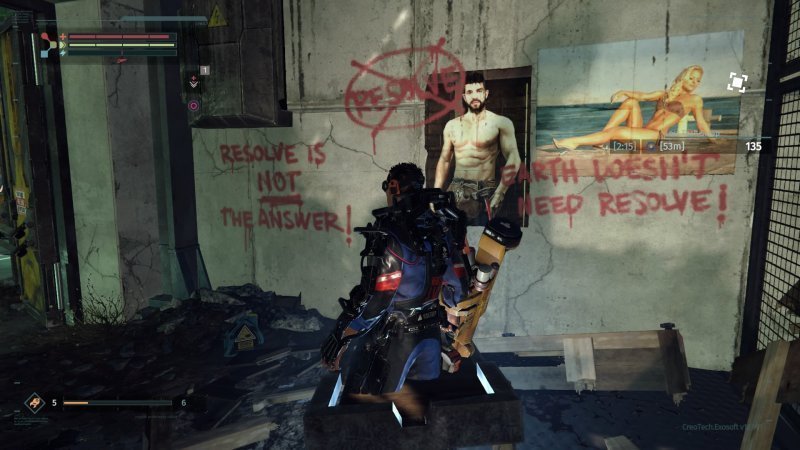 What follows is the classic Dark Souls formula, set in different regions that manage to capture a certain perspective on the post-apocalyptic planet. While they all have a very different tone from one another, the regions themselves are quite samey; I found myself getting lost quite a bit. You can gather scrap and experience as you fight zombified fellow workers, hitting up workstations to cash in your hard-earned. Lords of the Fallen’s multiplier returns for The Surge, providing bonus materials as you build a streak.

If you fail to cash in your stash, the spot of your death becomes greatly important. The Surge offers a countdown timer to reach that cache before it disappears. Like your combat multiplier, that counter will slow down with expert kills. It truly is the combat that makes the title fun to play; you’ll have to work on parries, dodges and horizontal and vertical strikes with minions before taking what you’ve learned to that area’s boss. As you take down enemies, you’ll gain energy that can be used for flourish kills. Those will offer up arms, heads, torsos and legs – or parts for those regions, thankfully – that you’ll then use to customise your exosuit.

While flourishes are as necessary for parts as they are for a breather at times, going into slow motion to show you ripping some poor worker’s head off. Exosuit parts are more valuable than new weapons – you receive three different weapon types very early on, and I found that the heavy, lance-like option worked for me almost immediately. Dodging also takes quite a bit of getting used too, especially with bosses that can traverse the length of an arena in scant seconds. 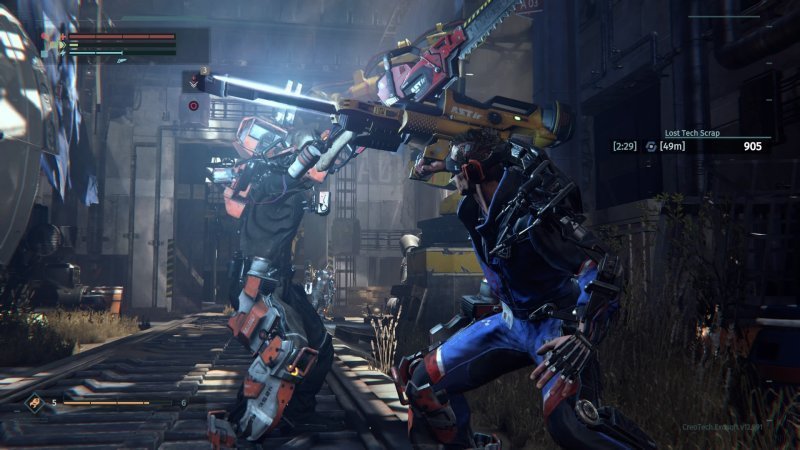 The promising story, reminiscent of every damn 70s sci-fi movie and one which drew me in almost immediately, really does take a backseat until the latter half of the game. It could be that my very public lack of skill at games like this is the culprit– I might have simply missed out on narratives as I bumbled through the game – but those elements at least were in the open during the second half. For a title that’s piqued interest from that sci-fi flavour alone, some players might feel cheated, interested in a game which The Surge doesn’t accurately represent.

All up, The Surge does a wonderful job of presenting a Bloodborne-style game in an entirely new sci-fi setting. It’s not an RPG in the sense of Mass Effect, though, so buyer beware – you need a love of sadistic gameplay to get the most out of Deck13’s latest.

The Surge was reviewed using a promotional code on PS4, as provided by the publisher. Click here to learn more about Stevivor’s scoring scale.