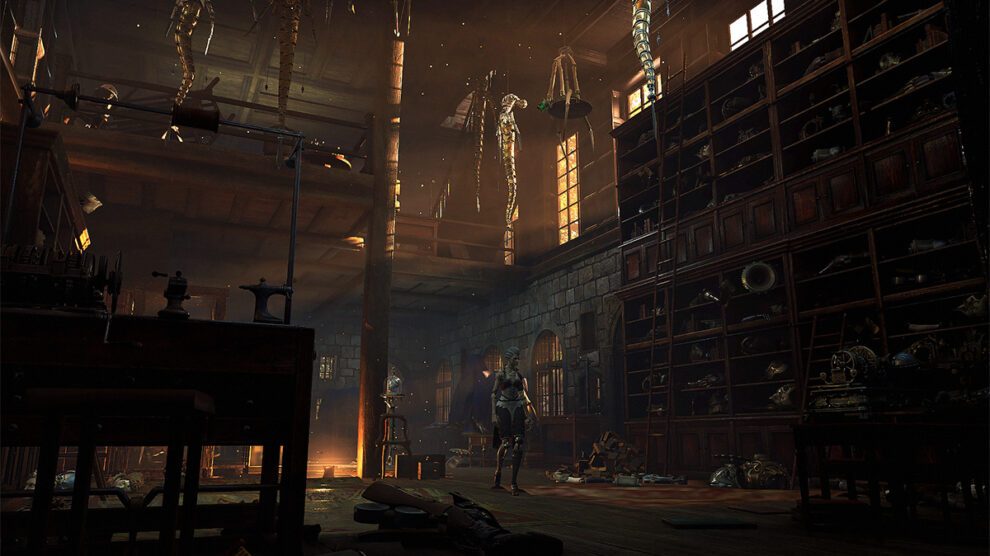 If there’s one thing I’ve always loved about Spiders as a studio, it’s that they know how to do CONCEPTS – that’s why I end up playing (and reviewing) their games as often as I do.

You can see why – Mars War Logs presented a dystopian red planet that evoked Red Faction vibes, Bound By Flame was a Souls-like with an interesting morality twist, Technomancer had some fun techno-magic vibes and Greedfall let us explore a fantasy-Colonial dispute between settlers and native peoples, with a whole lot of monstrous nature in the mix. Steelrising has a similarly intriguing pitch – an alternate reality version of the French Revolution, where the mad King Louis XVI has dispatched his mechanical army of automatons to quell the people’s uprising.

The robots are the bit tat was added, by the way.

In Steelrising you play as Aegis, a mechanical bodyguard gifted to the Queen who seems far more complex than her clockwork brethren. As the game opens, the Queen dispatches you from the palace into Paris, to seek out your creator in the interest of preventing further bloodshed.

The mechanics of Steelrising will feel familiar to anyone comfortable with the Souls-like genre; with a selection of weapons you can integrate directly into Aegis’ body, the focus in combat is calculated strikes and dodges, managing your stamina to avoid the devastating blows of the King’s mechanical menaces. Each weapon has the traditional light and heavy attacks, as well as a special move or attack unique to that weapon – your halberd can also fire projectiles from a distance to balance its slow strikes, while the sword and dagger combo have an acrobatic special attack that strikes enemies repeatedly to overwhelm their defenses. 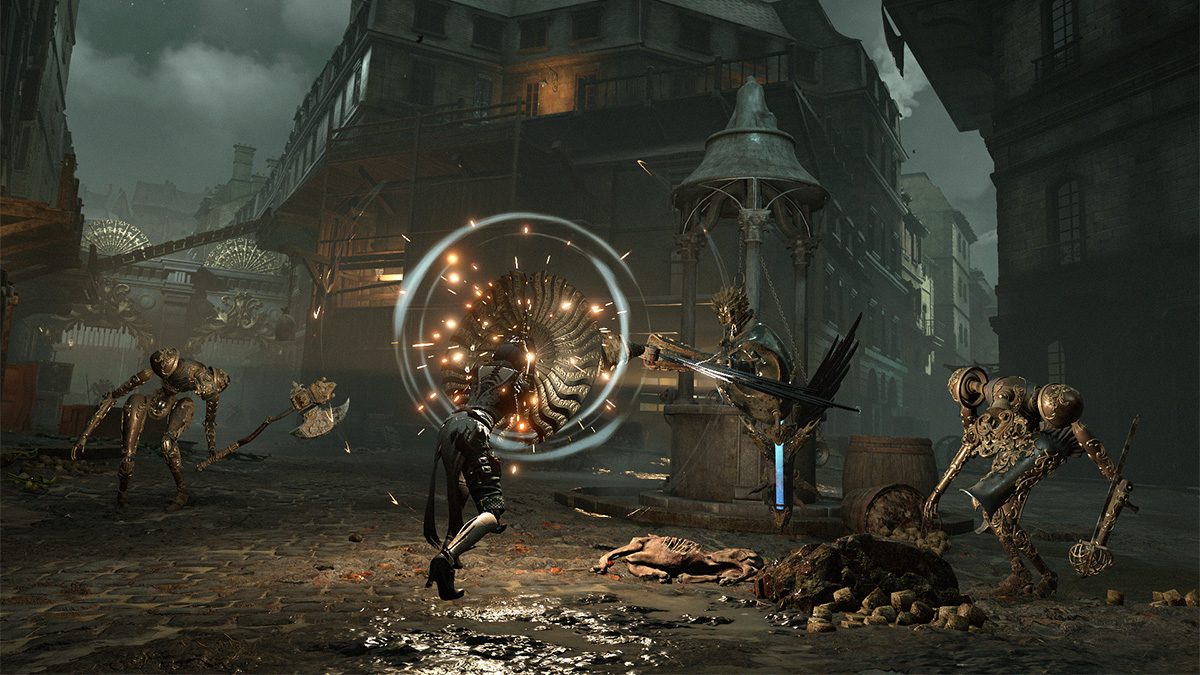 Steelrising also introduces some of its own unique weapon types too, like the arm-mounted fan blades shown off in many of the game’s trailers. Dodging, parrying and blocking attacks with your various weapon options all feel quite smooth, and their speed and weightiness feels like it makes sense for what you’re seeing on-screen. While heavier weapons do take a second to land a hit, it’s nothing like the glacial pace of Monster Hunter’s behemoth blades.

As with any game of the genre, there’s a period of adjustment for each weapon’s timings, as Steelrising has a solid combo selection to work with. It doesn’t take long to learn whether each option feels right for you, and thankfully the cost of purchasing other weapon types is quite low – giving you the freedom to experiment, and make sure you’re the one dealing out the damage in combat, not taking it.

As you make your way through Paris, you’ll encounter a variety of enemy bots, both those designed for combat and those retrofitted for it. Learning enemy patterns is an enjoyable challenge, as the clockwork nature of the army means they move in odd, erratic or unexpected ways. One enemy I noted early on wields a pair of wrecking ball-like flails, signalling him as a slow and heavy hitter. Rather than just swinging them your way though, this guy can also contort his body to flip over in a decidedly inhuman manner and strike when you get behind him, like a Transformer with a grudge. 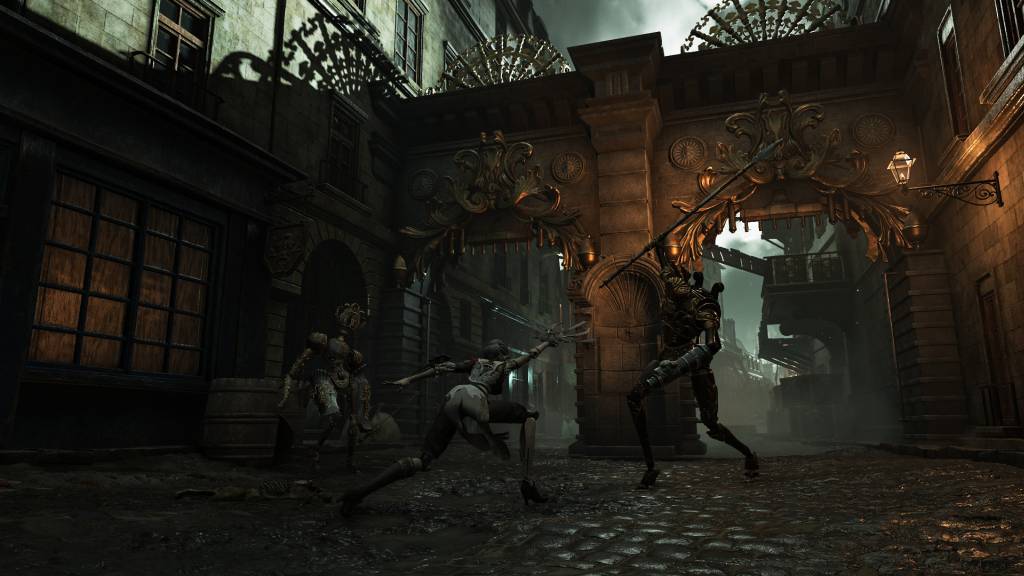 Thankfully, enemies can be heavily damaged or taken out entirely with a stealthy strike from behind, thanks to Aegis’ silent steps – but the same is true in reverse. The automatons you’re up against can move just as quietly, so it’s all too easy to be caught in the crosshairs without realising and have a clockwork blade wreck your day from behind. Awareness of your surroundings is key, and I enjoyed the sense of trepidation as I crept around each new area for the first time. Once you’ve figured each zone out, you feel like a boss for knowing exactly when to dodge or strike a surprise robot dog attack for the tenth time.

Steelrising’s world is an intriguing one to explore, too – Paris in the midst of revolution is a winding, messy maze full of dead ends, dead bodies, and deadly enemies. Signs of destruction are rampant, and barred gates block the way forward everywhere you look. Steelrising takes great care not to make any of these roadblocks opaque, though – each locked door gives a tantalising look at somewhere you’ll eventually circle around to. Early on, an elegant but very locked gate let me peek into a public pool patrolled by jittery robots carrying caraffes of wine – and I have to admit, I’m still waiting to get there, curious as I am.

As with any Souls-like, half the joy is poking around every corner and crevice to find the other side of these locked gates, and slowly taking command of the whole area. It feels like these little gate-unlocking victories are peppered liberally through the game, ensuring it always feels like you’re making progress bit by bit. As someone who doesn’t typically play this genre, it definitely helped to keep me invested without feeling discouraged by each death. 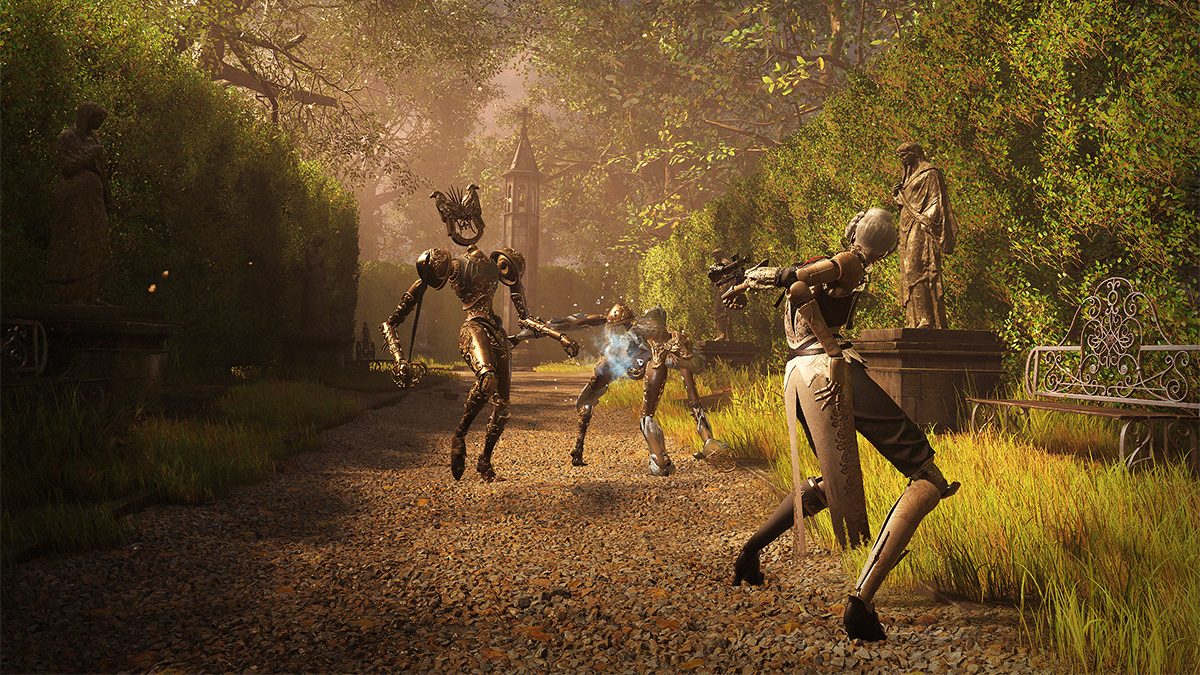 One thing that is sadly absent from the usual Souls formula here is any multiplayer or cooperative play options. The ability to call in a spectral assistant, or even just find messages left by other players is missed, but certainly understandable given the smaller size of the studio. Sorry, but you won’t be seeing a Let Me Solo Her pop up in revolutionary France to help you out. That said, the core story of the game is interesting, and definitely offers a fresh story angle for the genre. As a French studio, Spiders are playing in their own historical backyard with the French Revolution – and it’s that kind of familiarity that lets them create a coherent alternate-history take, that feels like the additions are woven in rather than just stapled on.

As a relative newcomer to the Souls-like genre, Steelrising feels confident enough in its mechanics to intro a baby like me, while also feeling immediately intuitive to someone more established. What it lacks in multiplayer options, it more than makes up for in unique character. It presents a Paris that is harshly split between richly-appointed garden estates and muddy, rundown shacks – all of which are overrun by an ever-marching army of silent sentries. Small touches, like the game’s store instead being called the Boutique, add a whiff of aristocratic elegance to your slow murderous trawl through the city’s streets.

While it may not knock Elden Ring off its pedestal, Steelrising offers a lot for someone in need of a fix of aristocracy… and robo-murder. The title is available later in the week on Windows PC, Xbox Series S, Xbox Series X and PS5. 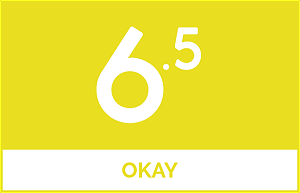 Steelrising was reviewed using a promotional code on PS5, as provided by the publisher. Click here to learn more about Stevivor’s scoring scale.