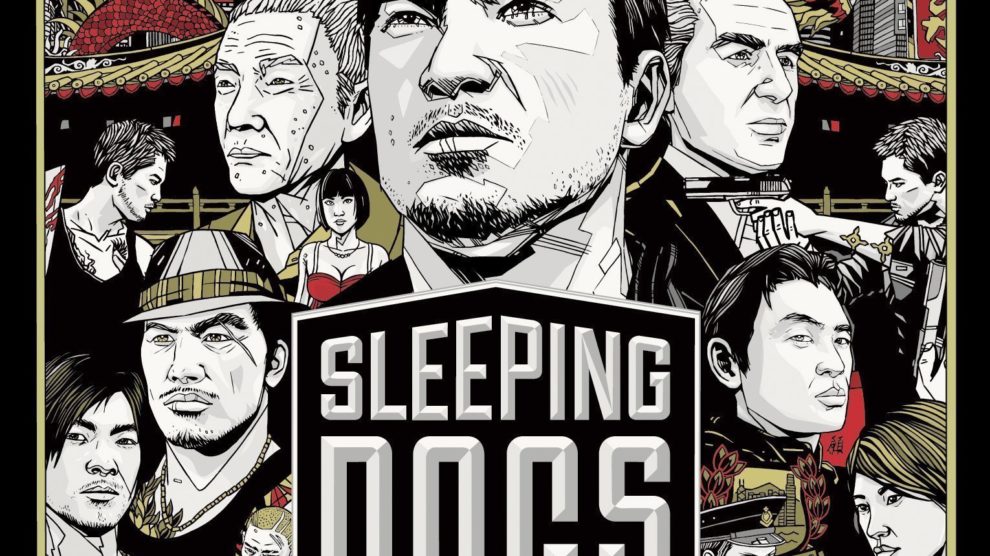 It’s safe to say that Sleeping Dogs, developed by United Front Games (best known for Sony’s ModNation Racers), experienced some hiccups over the 4 year course of its development. Initially envisioned as a new IP, then-publishers Activision noted that the existing True Crime franchise might best suit the title given the scope and setting, and announced the title as True Crime: Hong Kong. Later, in 2011, Activision announced that they had canned the game, citing that they didn’t believe it would reach a widespread audience (among other things). In swooped Square Enix, who picked up the game, retitled it Sleeping Dogs, and injected a bunch of dollars to complete development. In some ways, all of this confusion shows, and I’ll get to that a little later, but for the most part, Sleeping Dogs is a welcome addition to the open world action genre.

Players are thrown into the shoes of Wei Shen, a Chinese national who spent some time in the US, who—for various reasons—harbours a vendetta against the Sun On Yee, a prominent Triad in Hong Kong. Now a policeman, Shen goes undercover to infiltrate and bring down the Sun On Yee from the inside.

Considering the kind of game this is (yes, it’s very much like the Grand Theft Auto, Saints Row, and Yakuza series’), the approach in terms of storyline is a welcome one. Given your moral allegiances, there is a great deal of internal conflict that is conveyed as the story progresses, and this really makes the story shine. In addition, it balances the gameplay in a manner not seen before, as each mission is awarded both cop and triad points upon completion – triad points are added for completing mission checkpoints in a certain manner, and cop points are DEDUCTED for injuring/killing civilians or causing property damage. It’s a mechanic that fixes my main quarrel with GTA – simply that the freedom to cause havoc gets really boring after a while. In Sleeping Dogs, I didn’t really WANT to cause havoc, which was a surprise.

In fact, there are a number of “improvements” on the genre – missions made sense (no helicopters or planes in this game), there was incentive to level up your character (hence the cop and triad points), and there were multiple storylines, all clearly separate from one another. Players can level up their “face” (street cred), which allows access to better cars and clothing, and track down jade statues, which are rewarded with new hand-to-hand fighting moves when returned to their owner, who just happens to be a Kung Fu Master.

In fact, the hand-to-hand combat is one of the best features of the game. Rather than providing access to numerous weapons, Sleeping Dogs only provides weapons during missions, and often only when taken from opponents. Often these are hand-to-hand weapons, and the focus on fighting really sets this title apart from its competition (excluding the Yakuza series). Clearly, much of the inspiration for this title came from martial arts movies — both cheesy and high budget — and a lot of love contributed to making the game feel as authentic as ever.

A lot of this comes from the setting. Hong Kong is recreated in meticulous detail — food stalls dot the environment allowing players to grab a meat bun or energy drink on the run, neon lights fight for prominence along busy streets, hawkers sell their goods at the top of their lungs, and the radio stations range from traditional Chinese folk through to… not so traditional rap. I guess you have to satisfy everyone. The game looks wonderful, and you can see the amount of trouble the developers went into something as seemingly trivial as raindrops on the asphalt (seriously, stop and admire).

A great deal of emphasis has also been put into the driving mechanics – the developers have been quick to compare their title to such greats as Burnout and Need For Speed, and it’s clear they wanted to make this aspect of the game as fun as the rest. Given their experience with ModNation Racers (and currently, LittleBigPlanet Karting), what they have achieved is not QUITE Burnout, but the loose mechanics are really easy to get to grips with, and I had a great deal of fun whipping my car around the streets – in fact, I had so much fun that I spent precious time increasing my face so that I could afford more powerful vehicles. Bravo.

However, all is not perfect. As mentioned earlier, the occasional lack of identity shows, as some ideas seem undeveloped and others unfinished. Take, for example, the side missions involving the opposite sex. There are several missions that pretty much amount to first dates with a few ladies you meet in the game – some voiced by well-known actresses such as Lucy Liu. However, nothing happens after the first date. I guess these are bonus levels akin to the random minigames to be found in the Yakuza series, and completion of each provides the player with some bonus… but little in terms of narrative. In fact, many of the cop side missions also go nowhere – you spend a good 10 or so missions helping out a Hong Kong detective, who eventually tells you “That’s all I’ve got. Thanks for your help.” Uhhh… no worries?

In addition, while a lot of the game looks GORGEOUS, some of it looks… well, terrible. Later in the game especially, some of the facial textures are downright abhorrent (strange considering the same characters looked fine earlier). It’s unclear if this is a bug, or if it was simply rushed to market, but it was clearly off-putting in my playtime. Beyond this, there are baffling social inclusions (an attempt to quantify everything you do in-game, for comparisons against friends), ridiculous errands (does everyone in Hong Kong think it’s OK to wave down the triads and ask them to perform menial tasks?), and repetitive hacking games (the same boring 4-number guessing game every time).

My biggest gripe, however, has to be in terms of the overall storyline. While it’s great that you’re a cop who’s torn between his personal emotions and his moral obligations, it doesn’t sit well when you slam an opponent’s face down on a circular saw during a fight… He’s undercover, so the rules don’t apply? Unfortunately, the narrative kind of puts it this way, and even tries to explain things away early with triad members telling Shen they won’t trust him until he kills someone. In a way, this confronts the very provocative idea of building a gangster game that encourages players not to kill, and replaces it with something that’s been done before. Several times.

In the end, though, players need to approach Sleeping Dogs with the expectation that they’re simply going to play their through a great Hong Kong action flick. For all its attempts to be serious, the end game really hammers this home – I guess you’re the Asian John McClane? I had a blast playing through the 10 or so hours of the main game (I’m divided on my thoughts here – yes, it’s a short “campaign”, but my personal feeling is that the GTA titles are all way too long, and the story just gets ridiculous as it plays out – Sleeping Dogs was punchy the whole way through), along with around 10 more hours or so of additional content, and I didn’t even crack the achievement for completing 50% of all of the content. But for all the fun I WAS having, I can’t help but think of what it might have been, with a little more development…