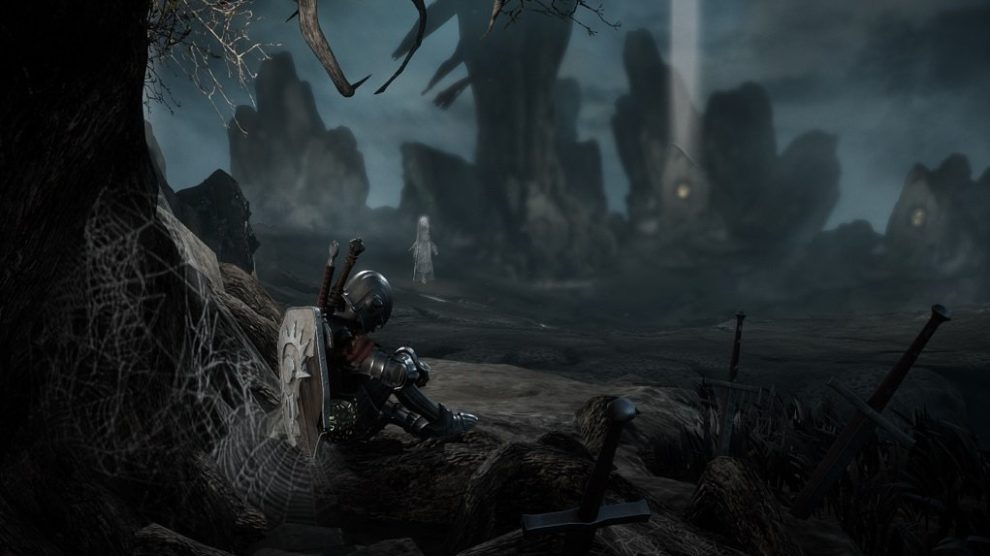 Sinner: Sacrifice For Redemption is an independently-developed boss battler from Dark Star Games where players are presented with a selection of seven different bosses to fight in whichever order they chose before a final, epic battle with the eighth boss of bosses. There’s no small-tier enemy drones, no worlds to explore and nothing to collect; you’re fighting bosses and that’s it.

From the beginning, an instant Dark Souls or Bloodborne vibe is apparent in both presentation and feel. While the seven-strong team at Dark Star might not necessarily appreciate being pushed into the shadow of FromSoftware’s AAA titles, there’s no denying the similarities. With that said, let’s delve into how Sinner is set apart from its inspiration, and probably all other games on the market (that we know of). 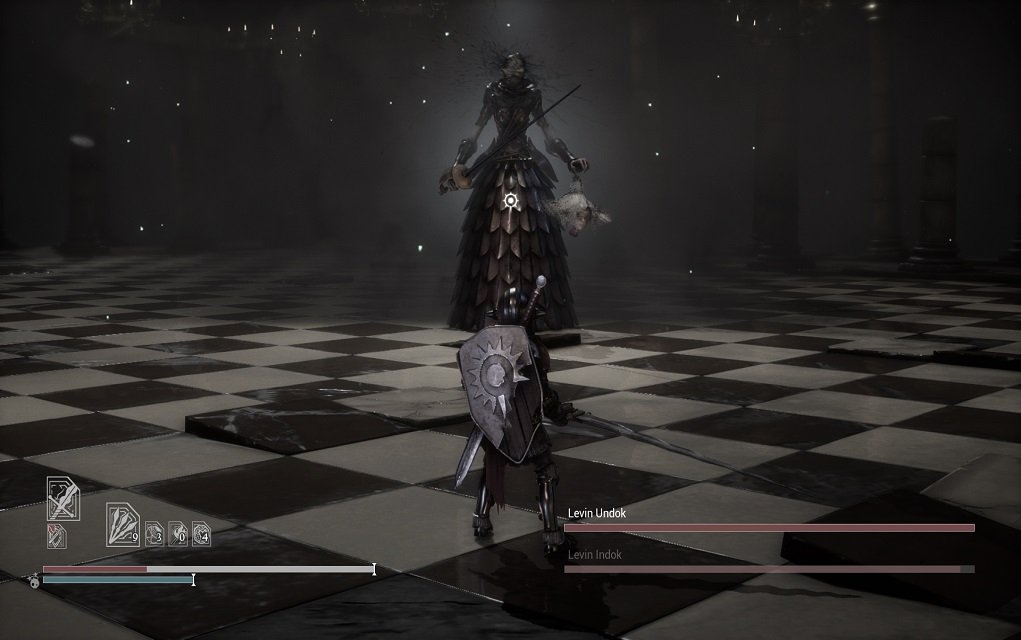 As a titular sinner, your character must make a permanent sacrifice to a boss before fighting it. The boss representing the sin of Lust, for example, demands you sacrifice the durability of your shield; this makes you more susceptible to damage inflicted by blocked attacks. Coincidentally, successfully defeating this particular boss requires heavy use of the games block mechanic. Other bosses demand sacrifices of more than half of your health potions or a decrease in your attack damage, and so on and so forth.

Rather than enemies becoming stronger as you progress through the game, the challenge increases as your character becomes weaker. Enemies do not follow any specific patterns, but they do have some obvious tells which are paramount to anticipating their movements to gain an edge in combat. The first attempt of each boss will always end quickly and with abject humiliation at the risk of leaving the player feeling overwhelmed and frustrated. You’ll die repeatedly. Though with each death comes a lesson in learning your opponents tells, movements, and weaknesses which will push you closer and closer to destroying your foe with a final and most satisfying of blows.

Learning how to fight each boss isn’t the only thing at play here. As stated, each sacrifice you make is permanent and carries on to all future battles. So while you could fight each enemy in any order you like, careful consideration of that order is a real key to success with sacrifices ranging from significantly reducing your health, causing you to stumble and be exposed when all stamina is drained or completely stopping the already very slow regeneration of your health. 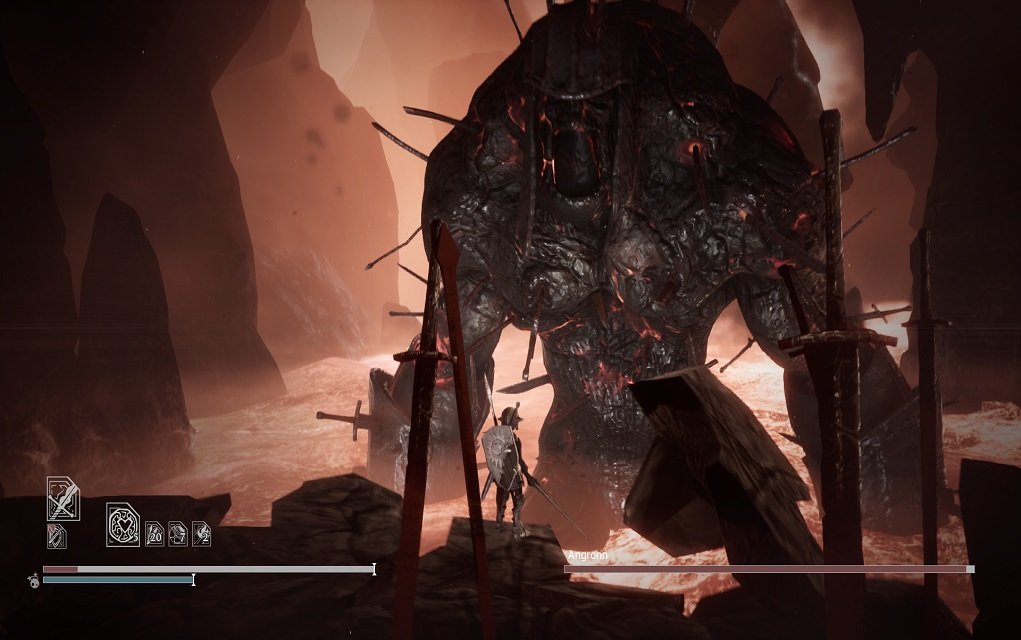 When attempting a new boss it pays to review the sacrifices yet to be made and remembering that if a boss hasn’t been defeated, their sacrifice can be retrieved. Once attempting a boss and learning how to fight them, retrieving your sacrifice (if the boss is still alive) and coming back to it later brings with it a whole new thought process to proceedings.

Combat against all the bosses is both challenging and rewarding. There’s great variation between all enemies in their look, how they fight and how you need to behave with each one making enemies interesting to engage with and their hit boxes are a thing of beauty. Learning their patterns is a game in itself of embracing each death combined with trial and error, once you hit that tipping point of “Oh okay, now I know what to do”, some enemies turn from seemingly impossible to barely challenging.

Add in the fact that — until you make the applicable sacrifice — your health bar will automatically regenerate (albeit very slowly) and Sinner suddenly doesn’t feel so difficult. Though it feels cheap, running around the arena avoiding enemy attacks until your health maxes out is sometimes a necessary tactic for survival. After defeating each boss your character is granted a small increase in their maximum health which goes against the otherwise very clever concept of levelling down. 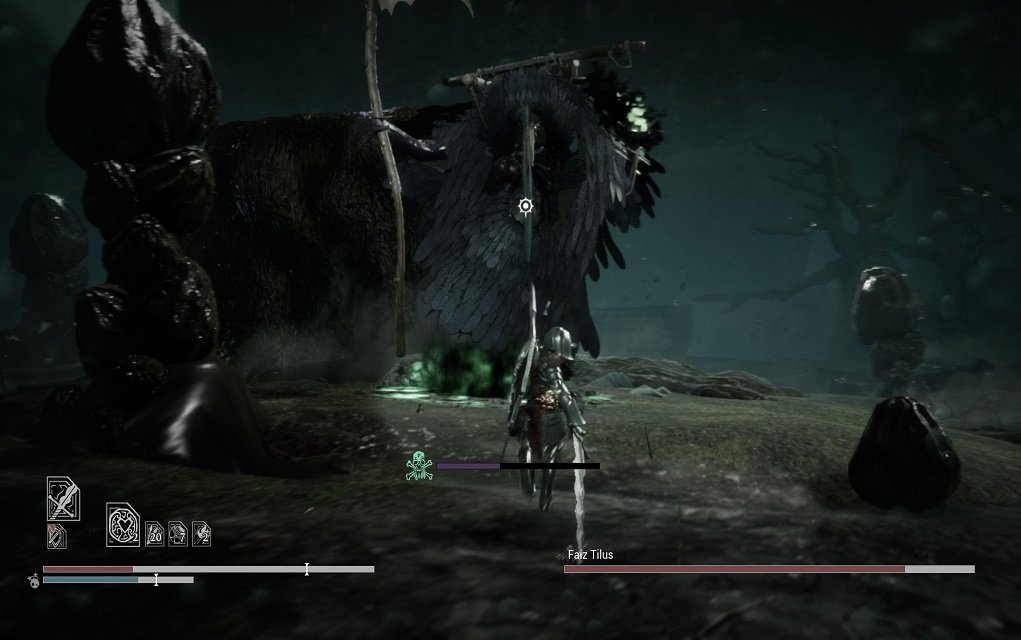 Sinner: Sacrifice for Redemption is no doubt heavily inspired by the Dark Souls series from its vaguely delivered plot, hit box porn, steep difficulty curve and overall look and feel. It’s by no means as refined as the titles it draws inspiration from though as initially challenging game play becomes easy quite quickly. It’s still one hell of an achievement for an independent team of only seven people and it will surely impress fans of FromSoftware’s releases. These hardcore fans will likely master this quickly and be left wanting just a little something more, whereas more casual players might give up too early on in the piece, essentially missing out on the unique experience Sinner has to offer.

The concept of your character levelling down rather than up is a clever and original idea and it changes how a player needs to think about their progression (or should I say degression). Ideas like this that sit just a little outside of the box solidify the importance of independent developers in the industry — so do yourself a favour and pick it up if you’re open to a challenge.

Sinner: Sacrifice for Redemption was reviewed using a promotional code on Xbox One, as provided by the publisher. Click here to learn more about Stevivor’s scoring scale.