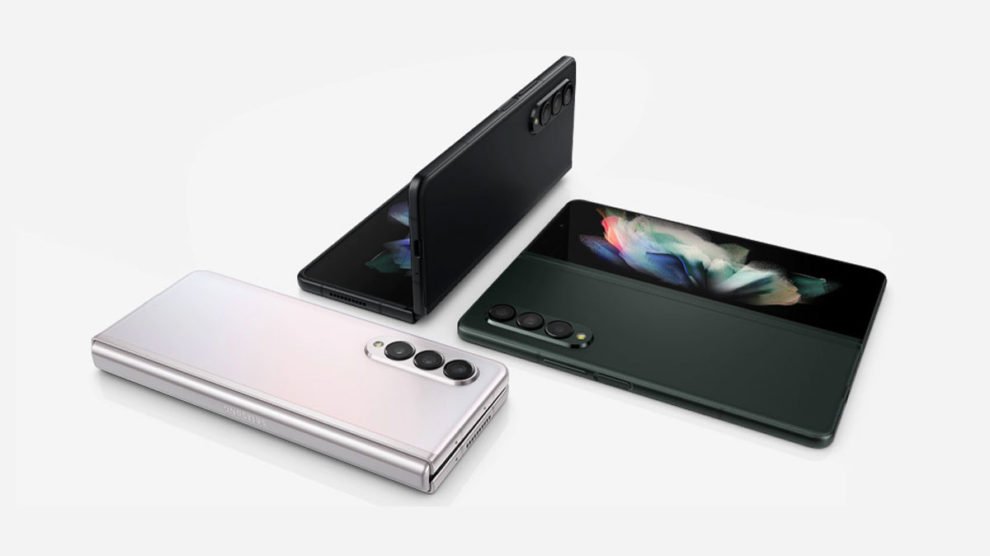 Yes, we think so.

The Samsung Galaxy Z Fold3 is the latest in the company’s foldable smartphones, serving double duty as a tablet as much as a phone. Stevivor’s spent the last few weeks putting the device through its paces, and we’re ready to pass down a verdict.

While pricey and a touch awkward (at least, initially), the Galaxy Z Fold3 is a great unit for power users, Android fans and those looking to make the jump from an iPhone.

The closed configuration makes the Z Fold3 look like a TV’s remote control, with the same dense heft to it as well. It’s longer and heavier than most phones, though its 6.2″ OLED cover display almost provides the same functionality as an iPhone or unfoldable Android device proper. The cover screen — as well as the Z Fold3’s internal screen — can operate at 120Hz, though I’ve personally knocked that back down to a locked 60Hz to save on battery life. I don’t need smooth swiping transitions.

The closed configuration is great to do a quick check of Instagram or your email when you’re out and about — alongside a quick camera QR code check-in, of course — and I’ve used the closed configuration for Google Maps routing while driving in my 10km bubble. The only real issue that me and my gigantic hands have with the cover screen is that it offers a very small on-screen keyboard that makes it hard to type without making a billion typos.

That all said, the closed configuation is for chumps and the open one is king. Unfolding the device offers up a whopping 7.6″ internal screen with a resolution of 2208 x 1768 pixels. Most apps will take advantage of that space (Spotify, Outlook, anything Google) while others haven’t quite gotten the memo as yet (Instagram). The Z Fold3 is also a multitaskers dream, with many apps able to be snapped to different quadrants of the main display, just like you can reposition apps on a Windows PC. Samsung has baked in an edge panel sidebar that not only lets you bounce between apps, but assign them to different portions of your display. It’s a quick and intuitive piece of functionality that I use often; you can have a browser up at the same time you’re selecting a song in Spotify and queueing up a download on your Xbox.

A further handful of apps support Flex mode; in YouTube, that means you can keep a video playing when you’ve half-folded the screens, leaving controls along the bottom. I wasn’t able to get the functionality working with Xbox Game Pass in my attempts to mirror a control scheme that will be offered by the Surface Duo 2; there, touch controls will be positioned on the bottom screen while a game will remain on top (kind of like 3DS, if you can picture that).

In open configuration, you can opt to place the keyboard on one side of the screen or split it across both; I find the latter is easier to type with both thumbs. I’ve noticed that Chrome behaves a bit weirdly when it comes to this very site — despite having more screen space, it still renders Stevivor in mobile mode and forces a user to toggle desktop mode on inside the app. Thankfully, that switch is easy to do and then this particular site looks fabulous once again.

While I’ll eventually get to a post that specifically details my switch from iOS and Android, I have to flag that Samsung is ridiculously annoying when it comes to duplicate apps that aren’t needed. I don’t want Samsung Pay when there is Google Pay. I don’t need Samsung Messages when I have Google Messages. The list goes on.

Finally, the open configuration makes me feel like I’m in Star Trek using a PADD, so bonus points for that.

The device is powered by a Snapdragon 888 CPU with 12GB of RAM, and I never found it to chug even when multitasking to my heart’s content. I didn’t try to play any ridiculously intensive smartphone games, but the likes of Pokemon Go and Star Trek Fleet Command functioned superbly.

The Galaxy Z Fold3 has a 4,400 mAh dual battery and to be quite honest, I was terrified about its battery life in the first few days of use. Thankfully, the smartphone began to understand how I used it and performance improved in the coming days and weeks; on average, I can get about 14 hours from a single charge.

I’ve gotten longer life out of the battery — usually making it through a day of checking emails, listing to podcasts, playing Star Trek, going on a Nike+ Run using GPS and the like — by disabling the phone’s adaptive 120Hz mode and just locking things in at 60Hz. I know this is a bit overkill when it comes to YouTube videos, but I think I spend more time scrolling through Instagram and Facebook for work than anything else.

As an iPhone user, I was a bit frustrated by the lack of a charger; moreover, the provided USB-C to USB-C charging cable didn’t really help as I don’t have anything (besides my PC) that supports such a connection. A quick shop on Amazon for some USB-A to USB-C cables fixed my problem, but buyers beware nonetheless.

Quickly back onto gaming, I really struggled to use Xbox Game Pass and Xbox Cloud Streaming for two main reasons. First, I don’t like on-screen controls and I’ve detailed a bit of why a couple paragraphs above. Second, it’s hard to use a separate Bluetooth controller with the handset just because of its size. In open configuration, you need to either fashion some sort of support so it’s angled while you’re holding a controller; otherwise, you’ll need to lay it flat on a table and awkwardly hover over it. Compared to the ease of use that an iOS and a Backbone offer, as an example, the Z Fold3 simply can’t compare.

All up, the Z Fold 3 has five cameras — three in the back (12 megapixels each) alongside one on the cover screen (10 megapixels) and one under the display on the internal screen (4 megapixels).

I’m not great at analysing how good a camera is, so instead I’ve just taken pictures out my balcony and of my cat children. You can compare the same shot (roughly) as taken with the Z Fold3’s back cameras and the iPhone 12 Pro Max’s back cameras.

On the whole, the 12 Pro Max seems to come out on top — it has warmer images that seem to be more accurate to the photo’s subject, whereas the Z Fold3’s outputs look a little washed out. Outdoors, that seems to flip-flop; I prefer the result of the Z Fold3. To me though, either set is complete serviceable for what I need to do.

I love the Samsung Galaxy Z Fold3. I use it in closed mode, I use it in open mode; I use it as a phone, I use it as a tablet. It’s a neat piece of tech that stands out from the traditional smartphones of the world, and it does so stylishly. While it’s a damn expensive piece of technology, it’s quirky in all the right ways. I certainly won’t be going back to my ol’ iPhone, regardless of the better numbers it grows up in benchmarking tools and when taking images.

If the likes of an iPhone 12 Pro Max is already too big for you, then the Z Fold3 isn’t for you. If you want a phone that can double as a tablet, check it out.