If you don’t follow PC tech closely then you may not have heard of Zowie, the little brother of BenQ. Founded back in 2008, Zowie is still one of the relatively young guns on the market but it’s fixed on the idea that simple is best. Zowie does away with things like driver suites and fancy lights to focus on what’s important: quality products that are 100% plug-and-play.

Their range of mice may seem overwhelming at first, with eight different variations across three styles, but really it’s dead simple and comes down to picking the mouse that suits your grip, hand size and whether or not you’re left or right handed. Are you a leftie, claw grip user with tiny hands? Sounds like you need an F2. How about a righty with a palm grip, huge hands and a preference for ambidextrous mice? Well sir, that’s a ZA11. I’m a right-hander with a palm grip and a preference for ergonomic mice, so I’m left with the EC1-A. 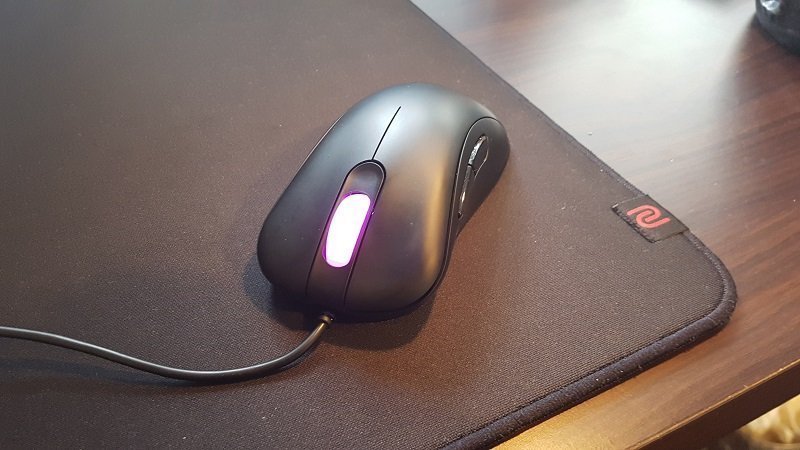 Every mouse in the Zowie range comes with five buttons – seven on the ambidextrous models but really only five are usable (unless you’ve got freakish finger dexterity, in which case good on you) —  four DPI stops, three report rate options and a handy 2-metre cable. Setting up the mouse is as simple as plugging it in. There are no drivers to download or software to update; plug it in and you’re ready to go. Adjusting the report rate and DPI options aren’t super straightforward but a quick browse of the manual solves that little mystery. The polling rate of the mouse is set according to which mouse button you hold while plugging it in and switching the DPI is as simple as pressing a button on the bottom of the mouse. Sort that out and you’re ready to get started.

It was immediately evident with the EC1-A just how good of a job the engineers at Zowie have done in designing the feel of the mouse. The advantage of offering a variety of grips and mouse sizes is that the EC1-A felt almost tailored to fit my hand straight out of the box. The sensor was accurate and never felt sluggish or jumpy like some other “entry” level gaming mice. Zowie had to cut costs somewhere though and that’s particularly evident in the construction of the mouse. The Zowie range of mice are made of all plastic bodies that cuts down on weight but, unfortunately, leaves the mouse feeling a little cheap.

The two primary mouse buttons have a nice firm click but both the scroll wheel click and buttons 4 and 5 feel mushy and are a bit of a let down on an otherwise solid mouse. Scrolling the scroll wheel is a different matter entirely, it’s far too firm and it takes some serious scrolling just to navigate a web page. If this was a mouse used exclusively for gaming then this would be forgivable — it’d prevent accidental button presses or scrolls from a knocked wheel – but because you’re probably going to be using this as a daily driver too it makes an otherwise excellent mouse feel… difficult. 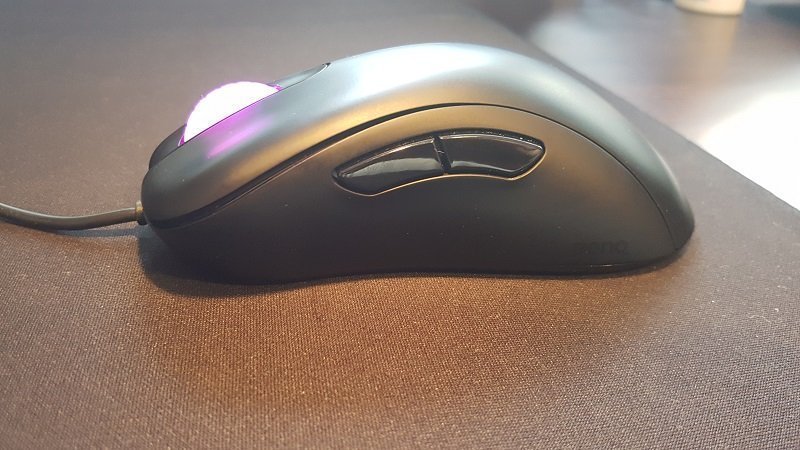 I guess it’s best to look at the EC1-A as a tool. Used for its purpose — gaming — it’s a wonder. You can use it anywhere from your own PC to a laptop or you can even take it to a LAN café and it will always perform the same. Plug it in anywhere and it will just work, simple as that. The sensor is precise and ergonomically the mouse is a dream, easy to use through long gaming sessions thanks to its low weight and tailored grip. Outside of its niche though? The EC1-A begins to fall down. The mushy buttons and overly firm scroll wheel that make this mouse well suited for gaming make it less enjoyable for general use.

Ultimately the Zowie EC1-A does exactly what it sets out to do: be a damn good mouse for gaming. While not top-of-the-range enough to be endorsed as an our pick (see here or here), it retails for the relatively cheap price of $89 (according to Staticice) and performs fantastically for its cost. In short, it’s good value. If you’re after an upgrade from an office mouse or chasing a low-cost mouse purely for gaming then it’s hard to go past the EC1-A or indeed any mouse in the Zowie range.

We were also lucky enough to try out one of Zowies’ mousepads, the G-SR, and it was damn good as well. Its large size meant there was plenty of room to move the mouse and its slick surface made tracking a dream. If you don’t already have a mousepad, then the Zowie range may be a good place to start.