If Harmonix is a band you loved as a teenager, Rock Band 4 was its 2015 album that you only bought to ensure your CD collection remained exhaustive. Like Bush’s Man on the Run never got into a CD player beyond the car trip home from the store, Rock Band 4 got a night or two of play before the barebones features, lacklustre setlist and horrendous migration process for downloadable content saw me returning to Rock Band 3 when I felt the need to bash plastic drums over the last twelve months.

Rock Band Rivals is technically an expansion but is closer to a relaunch; a way to get Rock Band 4 and its year worth of improvements back on store shelves and into gamers’ rotation. Since I last picked up the plastic guitar Rock Band 4 has become the equal of its predecessors in feature set (keyboard support excluded), and the downloadable content migration is far more easily managed on Xbox One. PS4 owners in the European region (such as Australians) will find plenty of last generation DLC hasn’t made the jump yet but Xbox owners will find everything they purchased last generation has carried over. 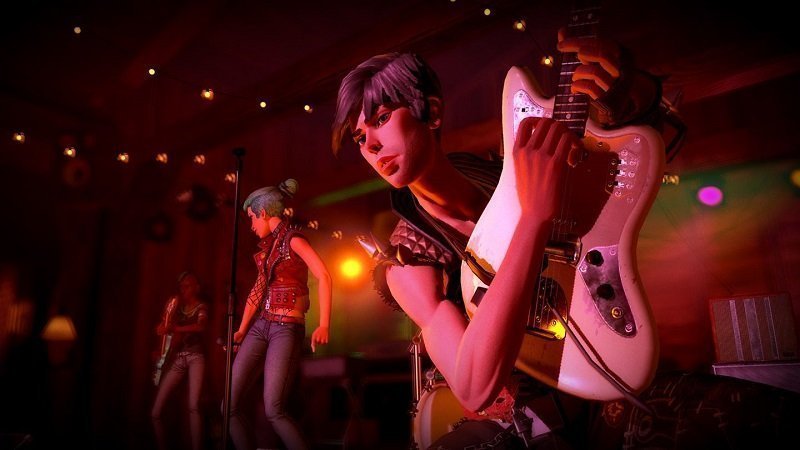 The Rivals content itself is split over a single player “Behind the Music” parody and the titular Rivals mode, aimed at giving dedicated competitive players an enhanced, asynchronous multiplayer experience. What it doesn’t contain is any new tracks, making it a tough sell for those who have little interest in the competitive elements — especially at a $40 AUD price tag.

“Beneath the Tunage” is a pitch perfect parody of the musical retrospective, right down to the awkward transitions and laboured metaphors. You play ten short sets mostly of your own choosing, with a few gimmicks interspersed such as wagering on how many stars you will earn or playing a set with the aptly named Brutal Mode (one of the new additions to Rock Band 4 over the last year) turned on. The full motion video interviews are the highlight with a variety of fake bands, lackeys and former teachers providing some very funny moments. “Beneath the Tuneage” is as good an excuse as Harmonix has ever provided to bash out some solo shows, though the mode also supports full band play right down to mocking individuals who let the team down.

Rivals mode is an evolution of weekly challenges, where you join up with a Crew of ten players to partake in a weekly leaderboard race. Every song you play that meets a theme (so far we’ve seen ‘songs with Love in the title’ and ‘songs starting with C’) earns points for the crew, with the top scores for each instrument also rated against other crews. Finishing in the top percentile bracket will see you promoted through several tiers, lacking performance or no shows will see you fall down the ladder. I imagine will be very competitive among serious players but for casuals it doesn’t offer an awful lot, though there is no reason not to engage with it seeing as play in any mode will count towards your Rivals challenge. 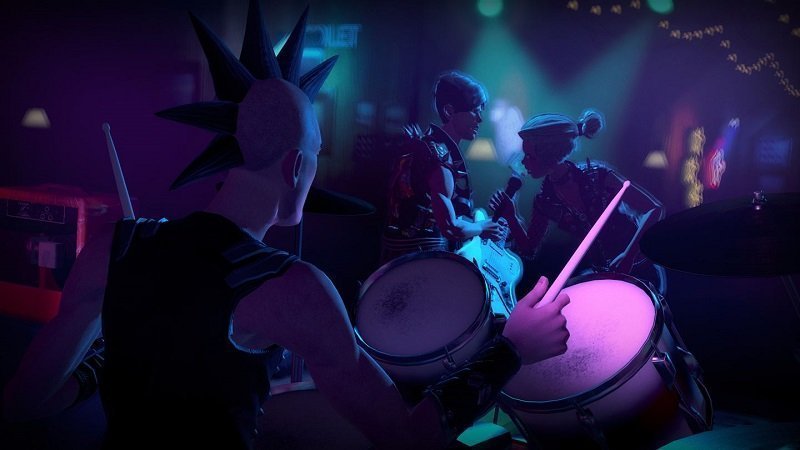 Combined these modes make the expansion a no-brainer for anybody still playing Rock Band 4, but is it enough to bring back the lapsed fans? With a full retail release planned including new hardware and a bundle with the full game, Harmonix is banking on those who resisted the temptation of Rock Band 4 faltering in their resolve this time around. To those people I can comfortably say that Rock Band 4 is well worth returning to. The only major feature of previous games that is still to be delivered is online multiplayer (arriving in December as a free update for Rivals) and the new additions to Rock Band begin to shine now you are no longer asking “where did all the features go?”

Who knows how long it will last, but Rivals had me clearing a permanent place to store the plastic drums and guitar once again, items that were long ago retired from the lounge room. It took Harmonix a year and an expansion pack with a hefty price tag, but Rock Band 4 is once again a headline act.

Rock Band Rivals was reviewed using a digital download on Xbox One, purchased by the reviewer. It requires Rock Band 4 to play. Click here to learn more about Stevivor’s scoring scale.