Ori and the Blind Forest was one of those exclusive Xbox One titles used to really sell the system – and it worked, at least for me. Ori’s gorgeous visuals and engaging reveal trailer really helped to seal the deal.

Developed by Moon Studios, a game development team spread across the world, Ori and the Blind Forest tells the story of a young guardian spirit named Ori. Child of the great tree who presides over the Forest of Nibel, Ori is separated from his tree-dad only to be found by Naru, a teddy-bear like creature who raises him as her own. In his absence, a darkness falls over the forest thanks to the dark owl, Kuro (and yes, the dark owl’s name is the Japanese word for ‘black’). Setting out on his own, Ori seeks to revive the great tree and bring light back to the forest.

Along the way, you’ll find yourself exploring the various corners of the forest in a 2.5D, Metroidvania-style world. You’ll encounter smaller trees that will unlock new abilities for Ori and Sein (his tiny light-spirit guide) to help them traverse the forest and defend themselves from the monsters that have taken it over. Many of the abilities you unlock will feel familiar to those who have played other games within this genre – wall jumps, double jumps, charge attacks and so on all make an appearance. Some of the abilities are a bit more of a surprise, and certainly help mix up the gameplay in fun ways. I won’t spoil any for those yet to play, but there is at least a bit of variation on the components we’re used to in this genre. 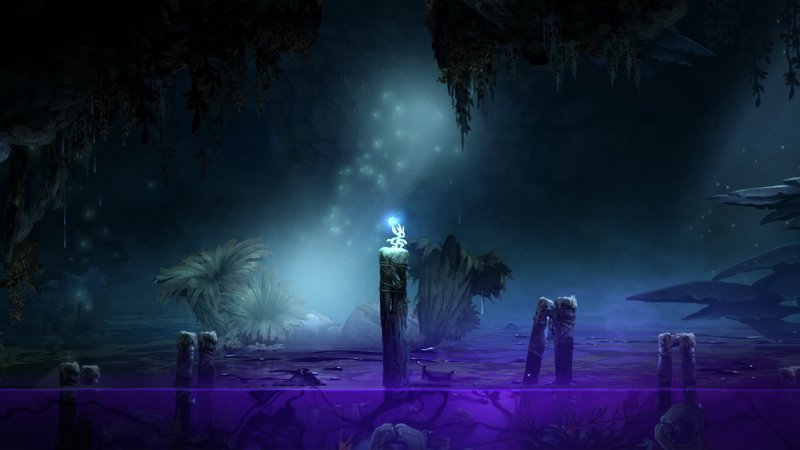 As far as presentation goes, the game is GORGEOUS. The graphical style is rich, layered and full of colour. You’ll shift from cool greens and blues in deep areas of the forest to autumnal oranges and browns, helping to visually separate the different zones of the game world as well as the enemies and hazards. Depth is well-used in the game, with elements in the fore- and background helping to deepen your awareness of the forest without requiring any direct focus.

Blurry creatures move in front of your view of Ori, trees shift and shed leaves in the distance – it’s an immersive environment that takes full advantage of the ENTIRE colour palette. The soundtrack and ambient effects really bring it home, with soft background music shifting from serene to tense as you move about. Wind rustles through the branches, and enemies make smaller reactive noises to your presence. Basically? It’s REAL pretty.

As nice as it all looks, I still had some minor issues with the gameplay side of things. The core of a Metroidvania game is retracing your steps, coming back to that one thing that was a bit out of reach. The difference between reachable and unreachable wasn’t always telegraphed that well- on multiple occasions I found myself trying to scale a perfectly reasonable-looking platform that I was JUST coming short of, only to realise that the small difference in height meant that I’d inevitably have to wait to get a double-jump skill. 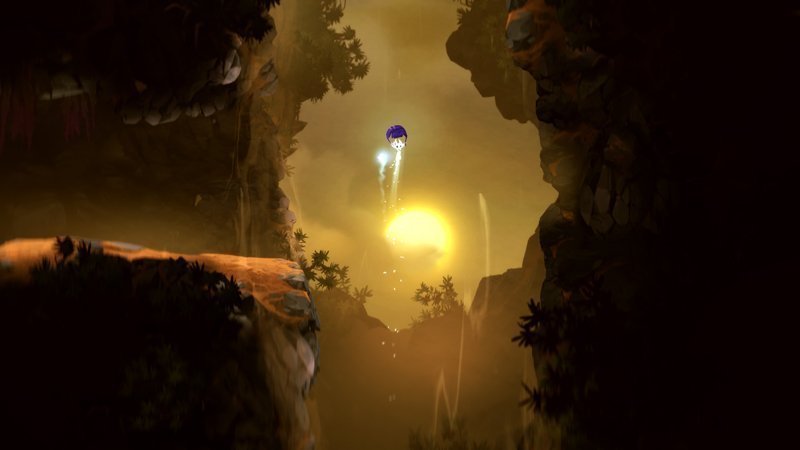 The game is also an obviously tough platformer, though it felt like the difficulty and introduction of skills were a bit lumpy. New enemy types lie hidden, only popping out at you when you’re too close to actively observe their attack patterns. Limited view of what’s above and below you can lead to a cheap death if you’re not careful – on one occasion, the camera panned up a vertical area to show a hanging object perfect for my new wall-jump ability. I decided to try the path down first to check for upgrades or hidden items, only to find wall-to-wall spikes and an instant death.

Similarly, after acquiring another new ability in a dungeon-like area I was unexpectedly put into an ‘avoid the advancing threat through high-speed platforming’ sequence that was more difficult than it needed to be so soon after getting the ability. While there are difficulty settings in the game those don’t help to make the traversal challenges any easier. It’s these minor but common moments of frustration that caused my enjoyment of this game to waver here and there.

The sneaky enemies and difficulty spikes would not have bothered me so much if it weren’t for the game’s checkpointing system. Whilst there are pre-determined checkpoints as you explore the forest, they are few and far between. To balance this, you have the ability to create a ‘Soul Link’ – or manual checkpoint – by using up part of your finite energy gauge. These can be dropped anywhere and allow access to your upgrade menu, though they are easy to forget about. 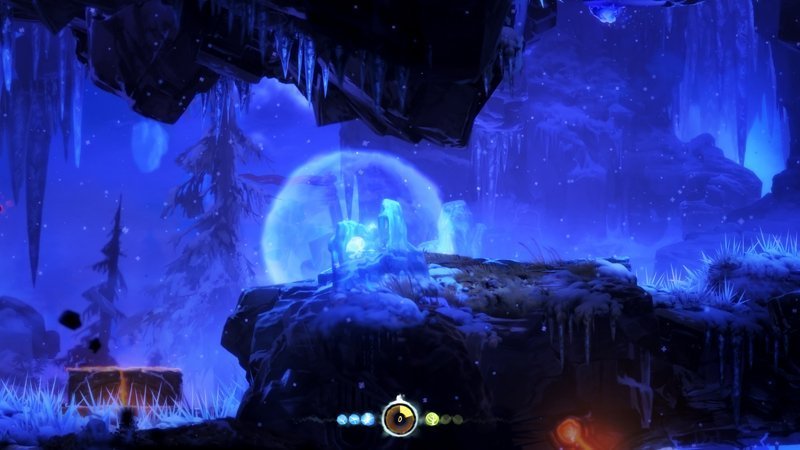 Certain obstacles and enemies require you to use charged attacks, meaning this energy gauge is always in demand- as a result you’ll find yourself conserving its use quite heavily until you’re able to upgrade your energy reserve. You can get caught short the resources to create a save point and a random quick death can result in repeating entire areas to either get back to where you were, or restore enough energy to create a new Soul Link.

Don’t get me wrong, though – the gameplay is solid, well-constructed and a lot of fun. Exploring the world and slowly revealing the story of the forest, Ori and the great tree is a compelling journey, helping to push me past the moments of frustration. The difficulty level is old-school, and you need to be prepared for that going in. The lushly coloured Forest of Nibel is just begging to be explored, but it will make you work for it.

A year on, Ori and the Blind Forest has reached “definitive” status and straight up there is no reason for anybody taking their first tentative steps into the Blind Forest to choose the original game over this version. Whether there is enough here to draw in those who experienced Ori last year is a stickier issue, but thankfully the upgrade to the Definitive Edition is cheap and the quality of life improvements plentiful making Ori a far more pleasant experience.

The new content on offer is two new areas and two new abilities, plus a general touch-up of the entire game world to make use of these abilities in finding new secrets. The new content would barely extend the game by two hours but it does match the original in quality and offers some unique new challenges. The new abilities integrate seamlessly into the main game and to implement them in such a way that doesn’t trivialise existing content is an impressive feat.

The quality of life improvements are perhaps a bigger deal. Difficulty levels have been added to take the edge off what is a challenging game, and they can be adjusted at any point so those stuck on particular sections can make things a bit easier on themselves. Level design has been adjusted slightly to help reduce confusion and in a major improvement you can now use healing wells to warp between various points of the map. There are also some extra story scenes to further expand the lore of the Blind Forest for those so inclined.

Ori and the Blind Forest is still an exceptional game, it handles beautifully and the audio/visual presentation is simply stunning. Level design is clever and while the game is certainly difficult I didn’t find any one section overly frustrating and mostly made my own trouble by forgetting to set a new save point after particularly challenging sections. Matt’s full review of the original stands true today, edited for the Definitive Edition content and reproduced above, and I have no hesitation recommending Ori and the Blind Forest Definitive Edition to anybody who is yet to experience this excellent game.

Ori and the Blind Forest Definitive Edition was reviewed using a promotional code on PC and Switch, as provided by the publisher. Click here to learn more about Stevivor’s scoring scale.