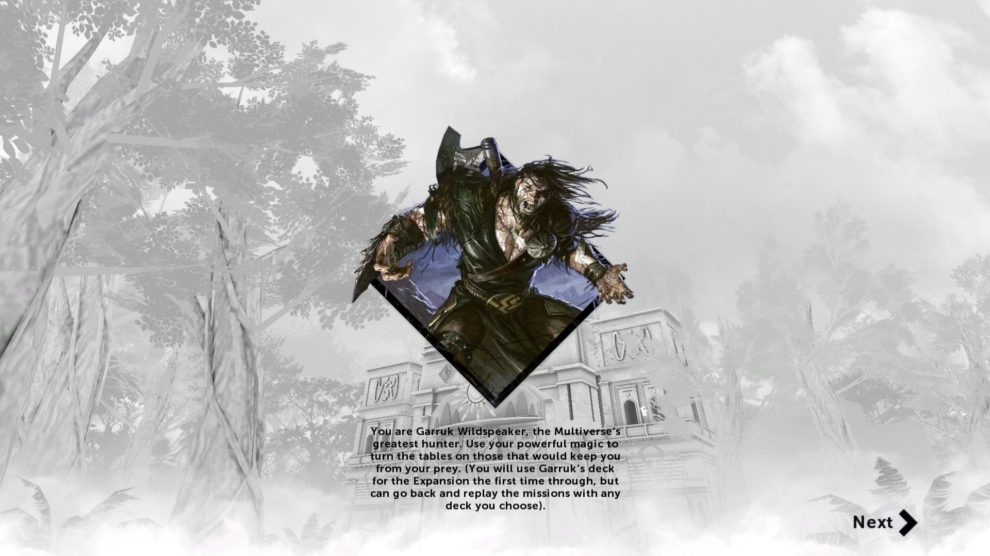 Magic 2015‘s “Garruk’s Revenge” DLC barely has enough content to warrant a full review, but it changes the base game enough that players who have given up on the 2015 edition of Duels of the Planeswalkers should take another look. It may pique your interest, especially if you’ve put down for booster packs to unlock cards for multiplayer. That insidious aspect has been removed; you can now unlock every card in the game through regular play. Players who had previously spent money on boosters receive “Garruk’s Revenge” for free as compensation.

They may not feel that deal is fair, as Garruk doesn’t bring a lot to the table. Online players will get most use out of the 51 new cards sourced from the Alara block, focused on multi-colour cards and creatures. While a welcome update to a game regarded as short on content, it is still not a full set but just a selection of (admittedly nice) cards. These are unlocked in the “Explore Alara” mode, where you take your customised deck and challenge Alara themed opponents, standard duels with no storyline or purpose beyond unlocking cards. 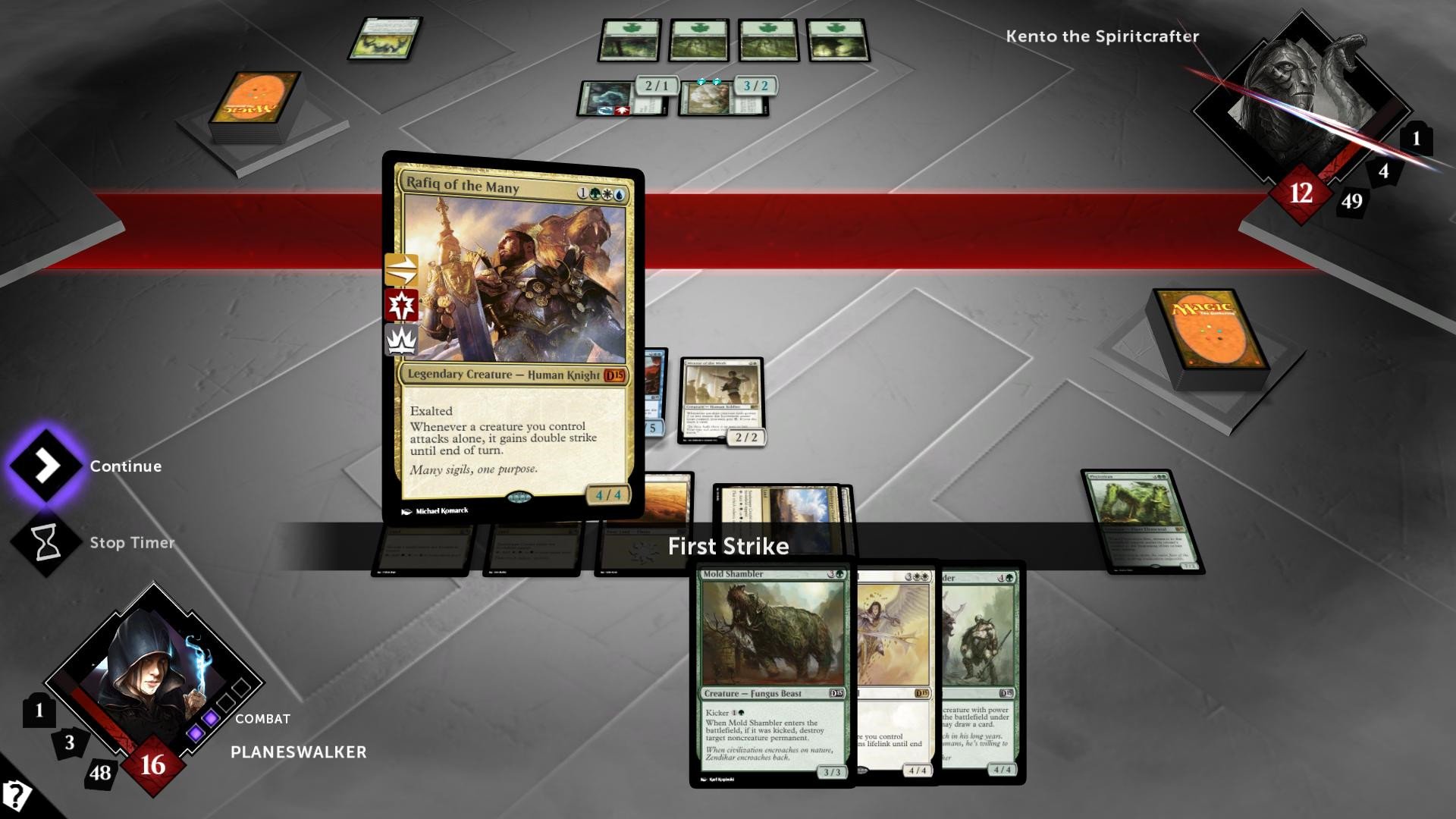 The new single player content is the other major feature of “Garruk’s Revenge”, a disappointingly short series of matches that while entertaining, left me feeling underwhelmed at their conclusion. A threadbare story ties them together and first time around you are offered customised challenges as you are forced to use Garruk’s deck, heavy on green creatures and corrupted by powerful black cards with each of the four matches. The opposing decks are well crafted, making for some interesting challenges and contrasts against Garruk’s deck, but the experience is just far too short. These decks can be challenged by your own custom deck after beating the mode but there is little reward for doing so, particularly when Garruk’s deck is so well balanced against them.

I had some issues with the interface, it felt there were areas it could be streamlined and times where it could be more responsive, but those issues aren’t related to the expansion. If you are still playing Magic 2015, especially online, you probably got this for free and will appreciate the extra content, but I don’t think Garruk’s Revenge adds enough to bring back players turned off by the ill-advised paywall or the quality of the original game.

Magic 2015’s “Garruk’s Revenge” DLC was reviewed using a promotional copy of the game on PC, as provided by the publisher. Click here to learn more about Stevivor’s scoring scale.

TagsAndroid iOS Magic 2015: Duels of the Planeswalkers PC Wizards of the Coast
FacebookTwitterLinkedInRedditEmail