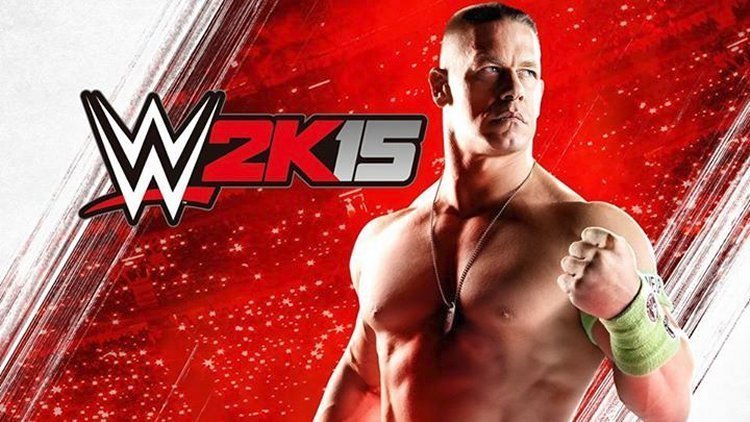 WWE 2K15 has finally jumped off the turnbuckle onto current-gen consoles, and I’m frankly unimpressed.

We’ve had a year of current-gen sports offerings now, and in some franchises even two shiny examples of what improved technology can bring. FIFA‘s always been quality and seems to improve year on year, and its rival PES certainly has innovated and bettered itself too. On the other hand, NHL looks damn pretty but only brought half a game to the table in its current-gen debut. Much in the same way, WWE 2K15 shows a lot of promise for things to come but falls a bit flat in this outing.

If you’re playing as a Superstar like John Cena, you will be impressed with WWE 2K15. Cena looks great – lifelike, in fact – and if you’re in a bout on RAW or taking part in a 2K Showcase Money in the Bank match, the on-screen graphics will have you believing you’re watching a real-life event. 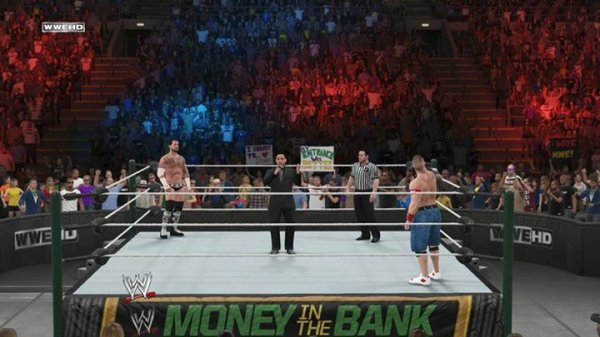 That’s until you look at the floor of the entrance ramp and are confronted its one, solid slab of grey. Or at The Rock or CM Punk, as they weren’t available for current-gen likeness capturing. Or hell, worse yet, gandering at a poor Diva; I’ve never seen Canada’s own Natalya looking more decrepit. It’s as if Yuke’s and 2K put about 99% of their time into Cena’s character model and then the remaining 1% on WWE 2K15 (shamefully small) roster.

The game’s My Career mode lets you create your own character – provided you’re only into making a male wrestler – and take him through NXT in hopes of becoming a WWE Superstar. The mode’s pretty robust, but feels a bit soulless, especially in NXT. Teeny bits of story flash by far too quickly, and when they do, they usually involve your character silently mouthing non-existent dialog. It’s part creepy and part uncanny valley. When you’re in a Performance Centre ring, training, there’s no sound apart from background noise, and it just feels… well, weird.

If you have the time – and you’ll need a lot of it – to take your wrestler into the WWE proper, things greatly improve, but I feel like there’s a lot of unnecessary padding between you and your end goal. I’d have much preferred more unique story beats than training exercises. After all, isn’t the storyline why half of us (at least) watch the WWE? In the same vein, the game’s historical mode has been paired down since last year, and while 2K Showcase is cool to relive the rivalries between Triple H and Shawn Michaels or CM Punk and the Undertaker, that’s all you get. It’s too sparse. 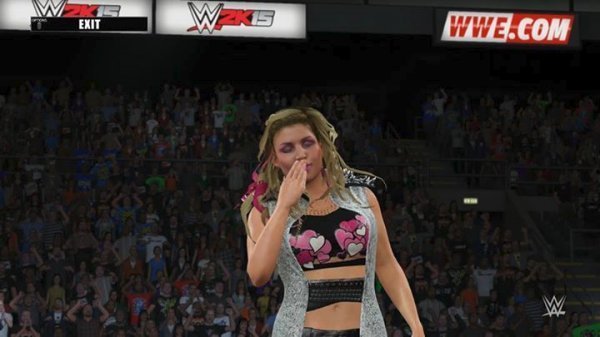 The game’s been tweaked since last-gen, featuring slowed-down fighting that allows for more technical wrestling. Even then, inexperienced wrestlers will find themselves in a “press R2 to escape” mini-game that can get quite boring. Put Superstars in capable hands and you’ll be able to see two fighters dance around grapples, submissions and top rope shenanigans. That is, until the pair beat the crap out of each other, and then the game slows down even more. 2K really wanted you to see how fatigue will take it out of your current-gen grapplers.

All up, WWE 2K15 shows promise, but it also feels like half a game. With modes paired down and creation tools simply missing (sorry, females), this is another one of those sports games that you know will be a lot better the second time around on current-gen. This one’s for fans only, as a result.

WWE 2K15 was reviewed using a retail copy of the game on PS4, as provided by the publisher.