Twilight Princess is the forgettable Legend of Zelda. It was a cross-gen game, long before that became standard practice and a blight on the industry, and deserves its reputation for trying to recreate Ocarina of Time in style and substance after the mixed reaction to The Wind Waker (incorrectly, might I add, in a classic case of judging a book by its cover). However, its lack of pop-culture pedigree makes it an ideal candidate for a remaster – and it’s shocking that with its first HD console, Nintendo has only remastered two games from its enormous back catalogue of worthy candidates.

Enough time has passed to warrant a polished revival, unlike the inundation of rehashes on PS4 and Xbox One, and Twilight Princess finds itself in a rare situation where many fans never played how it was intended. It was made as a GameCube game, and yet as I cast my mind back to 2006, I can’t recall any of my gaming buddies playing the correct orientation. We all played the mirrored, waggling Wii launch title, and only now are rightly restoring everything to its correct position.

Nine years later, I’ll concede Twilight Princess HD is one of the few remasters I’ve played that might as well be a new game. Elements are coming back to me, mostly sounds and enemies that trigger a nostalgic reaction about the launch of Wii, but for the most part, I really can’t remember it; and that’s why it’s worth replaying in its entirety. It wouldn’t be the same if I always remembered what to do next. It comes across darker in tone and more “adult”, as was its mission statement, but still retains a sense of light-hearted playfulness more often associated with Wind Waker. 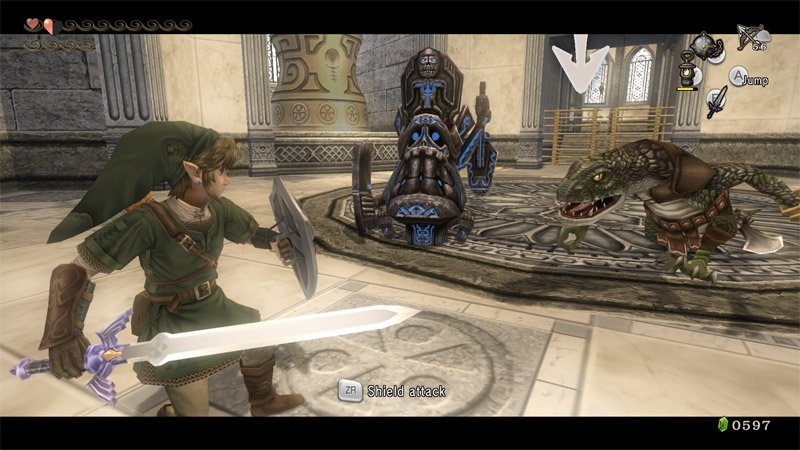 It doesn’t deviate far from the established playbook, but when considering Majora’s Mask and Wind Waker dared to be different in the interval, it’s more like Ocarina of Time than any subsequent release. The addition of the Twilight, the dark component in which Link transforms into a wolf with help from the sassy Midna, adds a striking point of difference. But even this, the obvious departure, can be equated to the changing conditions applied to OoT between Young and Adult Link. Twilight Princess is to Ocarina of Time what The Force Awakens is to A New Hope. It’s different enough to usher in a new generation, but is closely following the same checklist.

At its best, Twilight Princess is a stellar entry in a series with few serious faults. The dungeons are excellent, housing some of the best puzzles to ever confront Link. And with almost a decade having passed, I’d wager most returning players will need to solve them all again with a fresh perspective. Outside of these is where it falls a little flat, with too much backtracking and an empty void between key events. The Twilight, for all of its setup, is largely a bust. It opens a strong alternate world, something Zelda has explored a great many times, and the wolf action gets off to a flying start; but then it goes nowhere. In the end, most of your time in Twilight is spent completing fetch quests (thankfully they don’t take too long and have been reduced in the remaster) so Link can retain his human form and get down to business. If you’re happy to push through these mundane sequences, not to mention the worst opening hour of any Zelda game, in which you’re a goat-herder and cat-wrangler, Twilight Princess pays dividends.

Items and weapons vary more in Twilight Princess than they’re given credit for. The favourites all return, and being able to combine weapons like the bomb-arrow, and tweaks to classics like underwater bombs, force Zelda veterans to rethink their approach. Coupled with some of the best puzzles Nintendo has ever delivered and rock-solid combat, Twilight Princess delivers the utmost quality we’ve come to expect from The Legend of Zelda where it counts, despite some unexpected shortcomings. 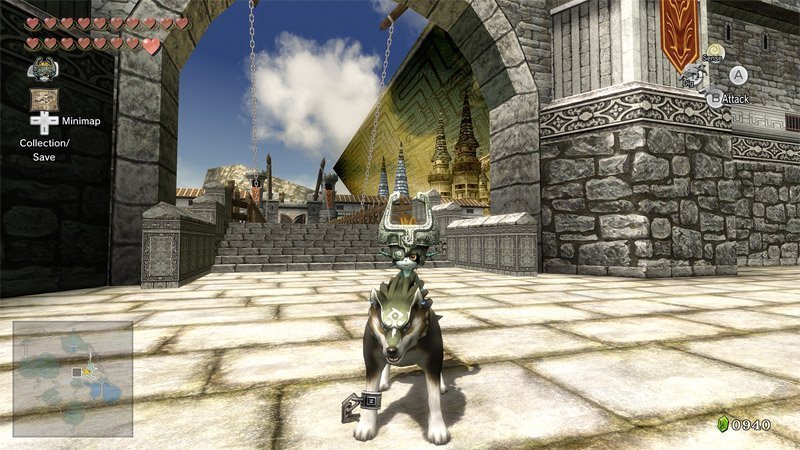 The updated package, made by Tantalus in Melbourne, leaves no doubt the definitive version of Twilight Princess resides on Wii U. I barely noticed I was playing a 9-year-old GameCube game, with high definition textures applied to key areas and main characters. With that said, this is no Wind Waker HD. Where cel-shading allowed for a timeless classic to be rejuvenated to perfection, Twilight Princess’ search for dark realism, with occasional cartoonish flair, has left some of the cracks exposed.

The bland incarnation of Hyrule, the biggest but also the barest, is ensconced in a soft light that detracts from the darkness it’s trying to evoke. I suspect there’s a deliberate element by Tantalus to respect the soft lighting of the original game, but it comes across washed-out and dull at times. Gears of War: Ultimate Edition set a new benchmark for remasters last year, by replacing almost all of the decade-old assets for $50. Twilight Princess HD does it where it counts, but doesn’t enhance anywhere near as much with a $100 price sticker (including the amiibo). Yet, despite some mugginess, the jump to 1080p ensures it looks far better than the most recent instalment, Skyward Sword, on a HDTV.

Modern controls make returning to Twilight Princess markedly more pleasurable. I returned to the Wii original for a point of comparison, and hideous SD blurring aside, the lame motion controls and overbearing U.I. (most of the screen is control information) make it unplayable by 2016 standards. TPHD rectifies both issues. It plays closer to the GameCube version, with a modern camera and aiming controls, and tidies up the interface. On-screen controls are much more subtle, but just as informative, and the new menu system suits the GamePad, but doesn’t enforce it. Everything can be controlled with a Pro Controller, should you desire. 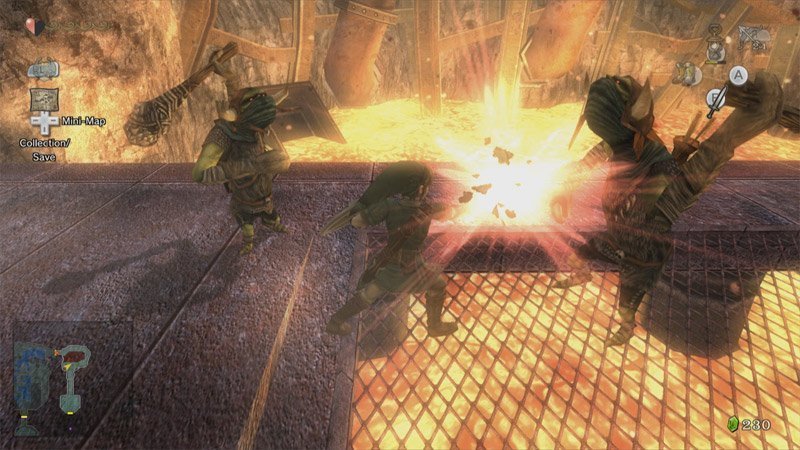 The new Hero Mode ramps up the difficulty by removing hearts – you’ll need to stock up on potions – and having enemies inflict double damage. While combat itself isn’t a walkover, undoing the damage caused by enemies is notoriously easy in The Legend of Zelda. I would recommend it in a heartbeat to seasoned players looking for a greater challenge with sword-in-hand, except it also mirrors the world to mimic the Wii output. Finally playing as lefty Link all these years later is what I was most excited about, making the extra challenge of Hero Mode inaccessible.

However, there is another way. By tapping the Ganondorf amiibo, enemies are made twice as strong, offering a tougher experience similar to Hero Mode, without sacrificing anything else. While I’m not sold on the idea of $17 figures refreshing Link’s hearts or arrows, this is quite ingenious; using an amiibo to make combat harder. Combine it with Hero Mode, and enemies come close to dealing one-hit kills. There’s one newcomer, the bundled Wolf Link amiibo, which unlocks the Cave of Shadows. It’s a simple horde mode that has Wolf Link and Midna clear rooms of Twilight enemies. Enjoyable as a bonus stage for amiibo collectors, but not enough to warrant buying the figure for the content alone.

The Legend of Zelda: Twilight Princess HD is the definitive edition of a game that’s spanned three generations, but one I suspect many Zelda fans don’t remember. The dungeons have held up remarkably well, boasting some of the best puzzles Nintendo has ever delivered, made even more enjoyable with modern controls and a visual refresh. It doesn’t scrub up as well as The Wind Waker HD, and has some bland moments between dungeon crawling, but is a remaster well worth replaying – as long as your memory is as bad as mine.

The Legend of Zelda: Twilight Princess HD was reviewed using a retail copy of the game on Wii U, as provided by the publisher. 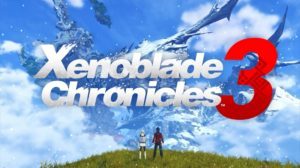