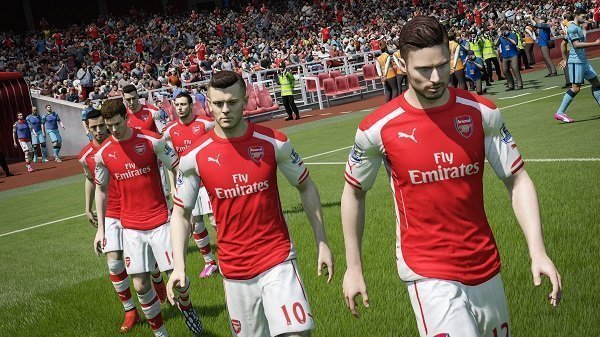 As a Macedonian, there are certain expectations that are placed upon you by your parents. One is that you always take your shoes off before stepping into someone else’s house; sure, no problem. Another is that you have to be able to handle chili food. That’s easy too — I can eat Nandos’ extra hot basting without a sweat. The last is that you’re a fan of soccer… or is that football? It is here, despite whatever success I’ve had with school and work to date, that I feel I’ve secretly let down my father.

Regardless of the amount of football games he took me to as a kid — and the fact that everyone else in my extended family loves the sport — it was never a game I cared to follow or appreciate. Given this, the release of FIFA 15 was the perfect opportunity to try and change this.

Having now spent some time with FIFA 15, I’ve learnt that there’s no game I’ve ever played that can be equally parts frustrating and rewarding at the same time. Playing through the skill games, there were multiple rage-quit moments when I just couldn’t get my player to do what the tutorial had asked. I swear I replayed the one on how to battle for headers about 10 times and not once was I able to make contact with the ball. In contrast though, there’s perhaps nothing greater than finishing a skill game, getting an awesome score and then watching the leaderboard as your Gamertag slowly creeps up past the rest of your friends to take the top spot. Even as the avid racing fan I am, being able to beat guys like Pidgeo and iCripsy in some of those skill games ranks high as some of my proudest gaming moments. 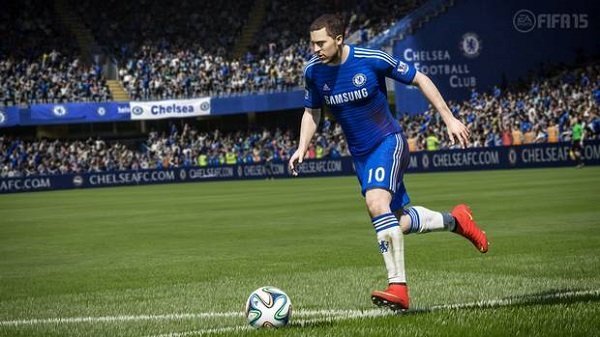 Now being new to the world of football and FIFA, one of the things I love about this game and which EA Sports does extremely well, is creating a great atmosphere within the game. Even as a non-football fan it’s difficult not to get swept up into the excitement of a match and truly celebrate each goal you put away. I’ve never really been one to take notice of the crowd in games either, but I was honestly impressed when all of my team’s fans sat down with their heads in their hands when the opposing team scored a goal. From the commentary to the mid-game and post-game highlights, it’s a lot of small things that come together to make for a solid experience.

Another great feature with FIFA 15 lies in its customization and choice. With my extremely limited knowledge of the sport, I appreciated having the ability to pitch two teams from entirely different countries and leagues together. You can customize every aspect of your game from the jerseys each team wears, the arena the game is played in, the wear and look of the pitch, the weather and even the properties of the goal posts/nets. As someone who is satisfied with simply playing in friendlies, it’s cool to have that freedom to customize the entire game experience to your liking.

My only main gripe with FIFA 15 is that it doesn’t do well to introduce newcomers to the franchise or the sport itself. Make no mistake, the skill games as tutorials are great and they certainly helped me to learn how to play, but it doesn’t teach you the best way to play. There’s no explanation of what constitutes a yellow or red card. There’s no explanation of player stamina and how to best manage it. There’s no explanation of what being off-side means either. While you’re taught how to play FIFA 15, I’m yet to know how to further perfect it. On amateur difficulty it’s still possible for you to score goals and win games, but there are often moments when I’m left scratching my head asking myself, “how did that happen?” When I hear people tell me that FIFA 15 is the hardest yet, you’d expect a better introduction to the game when you fire it up for the first time. 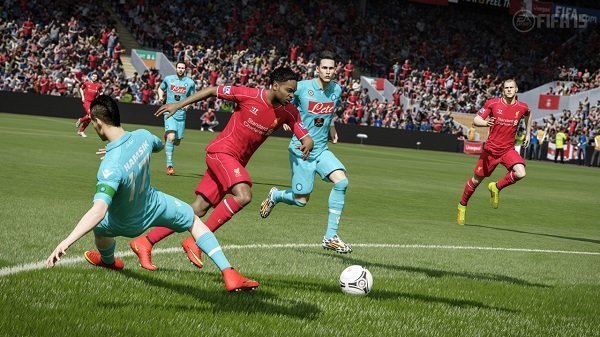 All-in-all, FIFA 15 is a solid game and it’s one that I’m finding myself enjoying when I didn’t expect I would. Yes the first few hours might be a little daunting and I’m still button mashing a little as I continue to get the hang of it, but it’s a fun game and there’s a really great sense of accomplishment each time you line up a shot and score a goal against your opponent. There’s a lot of polish and the game both looks and plays well too. Am I a football convert? Not yet, but I can see myself picking this up for a couple of games when I’ve had enough of racing.