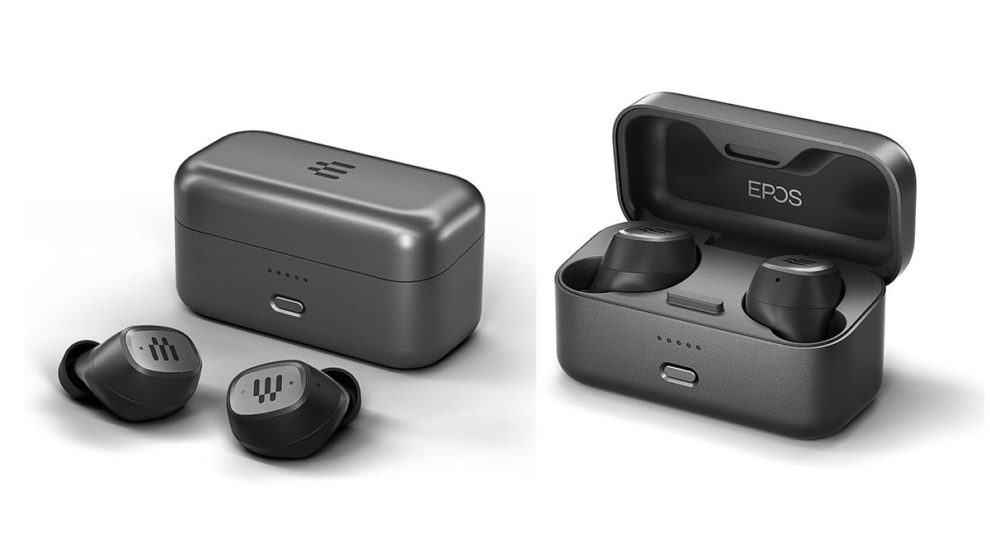 Looking for wireless headphones for play indoors and outdoors?

EPOS has just unveiled its new GTW 270 hybrid wireless gaming earbuds, and Stevivor’s had the better part of a month to test them out.

The hybrid earbuds are designed to not only serve as a gaming headset for the likes of your PC, PlayStation or Switch (but sadly, not Xbox), but as wireless earbuds for mobile devices and anything else that supports Bluetooth. This means you can take on a Destiny 2 Raid using the devices, then pair them with your phone and go for a jog later on. In fact, I tried just that with great success.

The earbuds pair with little difficulty on any supported platform, using Bluetooth on an iOS phone or tablet and a USB-C dongle (and USB-A adaptor, if required) for Android devices, Switch, PS4, PS5 or PC. While you can admittedly use Bluetooth to connect to your Android or PC — and can pair with up to eight devices at that — the USB-C dongle provides for low latency connections. If you’re using a PC, you can also download the EPOS Gaming Suite for Windows in order to access 7.1 virtual surround sound at 16 bit / 48 kHz audio.

Just a note for competitive players, though: “A low latency only supports the playback channel, which is why the GTW 270 Hybrid is not suited for competitive/online multiplayer games such as Fortnite or CS:GO,” EPOS notes. “For the GTW 270 Hybrid we strived to have full immersion in experiential games. This is something that will only be possible through the aptX codec which has higher bandwidth.”

Visually, the earbuds are rather simple, a set of two black matte, rectangular pieces with silver highlights that stick out ever-so-slightly from your ears when inserted. Both silver highlights feature a simple LED that tells you whether or not they’re on or not, and the right-side earbud also sports a teeny, tiny little hole denoting where its microphone has been placed. That’s rather important to note, as the right-side earbud can be used without the left-side one for mono music playback or to take a quick phone call. The left-side bud has a small button that can be used to play or pause songs or access phone controls. The earbuds come with three extra sets of silicone earbud tips of varying sizes — important to achieve a seal that maximises audio quality and noise cancellation features — though I found the default option worked best for me. 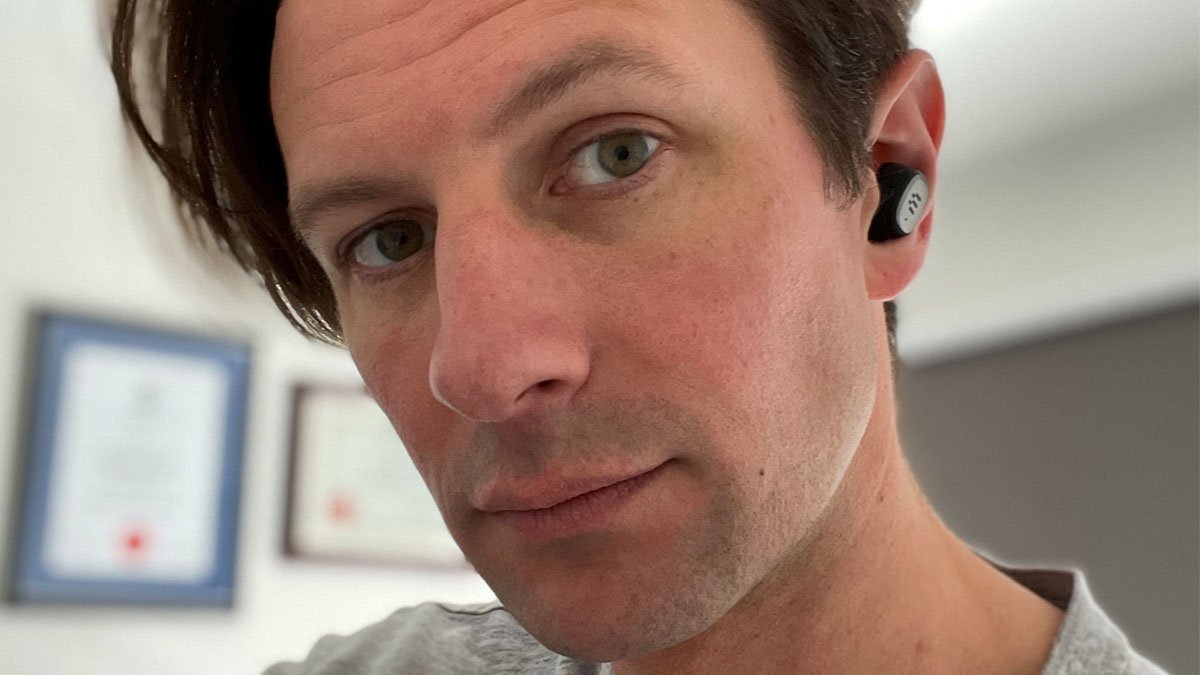 The earbuds are easy to insert and, providing you’ve achieved that seal, stay in place even in the middle of physical exercise. Very occasionally, a heavy-footed stride in the middle of a jog could knock the earbud out of place just a tad, meaning it still remained in my ear but started to make that weird, swooshing noise inside your brain that you can recreate by rolling your finger around your ear. Sadly, my attempts to use the 270’s solitary button on the left-side earbud usually meant I jostled it out of place too. In either case, a little push to get the earbud in back in place sorted those problems out with little fuss. The earbuds are also IPX 5 water resistant, and held their own while I was out running in the middle of a rainstorm.

Initially, I found that the GTW 270s were almost as comfortable as my trusty Apple AirPods, though I could only make it about two hours — be it running, gaming or a combination of both — before things started to get a little unpleasant. To be fair though, that’s about as long as I can muster when using over-ear headphones on my rather large, Dumbo-like ears (on display above, for reference). In terms of comfort, my AirPods remain on top as I can wear them for as long as they’ve got a charge with no complaints.

The GTW 270 earbuds come with a polished metal carrying case (as shown off in the image at the top of this post) with a USB-C charing port on its back alongside a very minimal EPOS logo at its top. The case is longer and fatter than the standard one that comes with Apple AirPods, but should fit in your pocket (or handbag, or whatever) regardless. 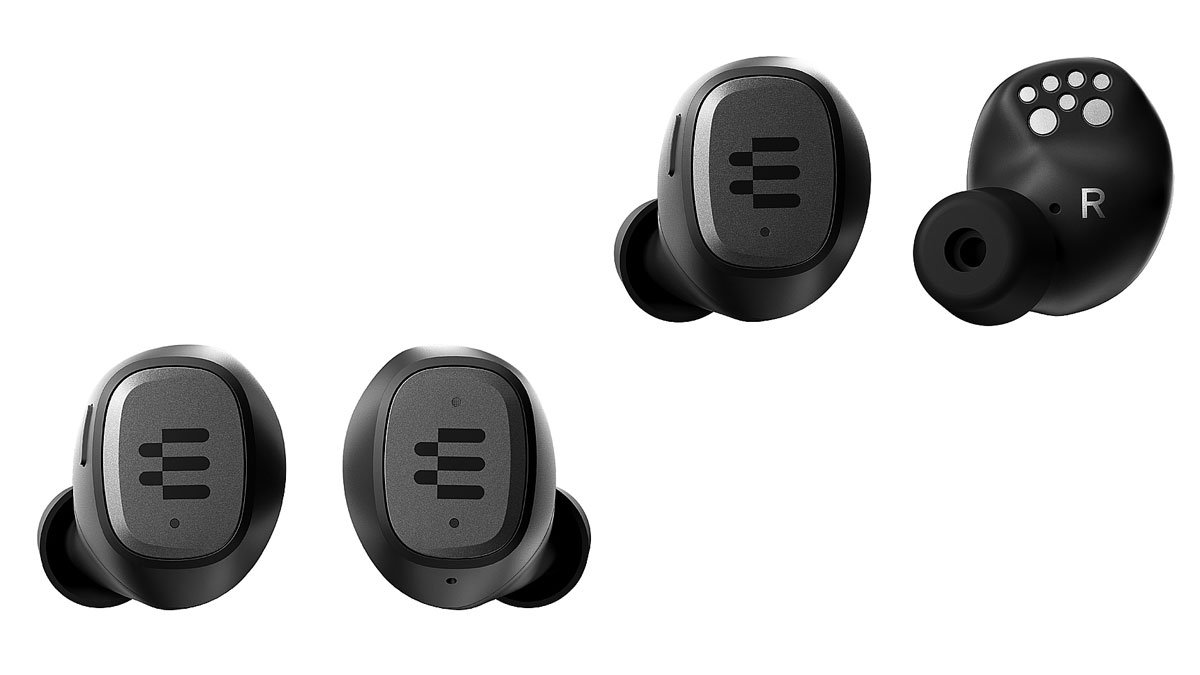 On average, the earbuds can get close to five hours of listening time to each charge, with the carrying case offering up three full additional charges before needing to hit up a powerpoint. A fast charge option will offer up an hour of listening time after a 15 minute charge using the case. All up, the earbuds need 1.5 hours in the case to fully charge, while the case needs a little under 2 hours to be fully powered up.

In terms of sound quality, the GTW 270s are top-notch, delivering crisp sound with deep bass and clear mids. This of course is on top of some decent noise cancelling too — EPOS says the unit will reduce jet engine or lawnmower noise by around 25 dB, while a police siren will be reduced by around 10 dB. It’s that last feature that can prove problematic for people wanting to truly use the earbuds as a “hybrid” device, though. While I could run with the 270s in, I felt a little weird heading down rather busy arterial streets with the sounds of the world essentally muted out. In terms of voice communication, I had no complaints from either fellow gamers or colleagues when using the 270’s microphone in games or Zoom meetings.

I’m in two minds about the EPOS GTW 270s. They’re undeniably great — small, wireless and able to pair with a number of the devices in my home. On the other hand, I don’t think they beat the ease and simplicity of my iPhone’s Apple AirPods. They’re certainly not as versatile as my trusty ol’ Astro A10s, which can be connected to PlayStation and Xbox consoles alike and allow for volume control with an in-built, physical scroll wheel. While the 270s won’t be replacing anything in my current setup, I could see how their features would be appealing to others — especially those who praise the benefits of in-ear headsets. Why stick with two headsets when you can do everything with one?