The year is 2205. A hundred years ago humanity set out for lunar colonisation, but this expansion was soon cut short in the face of our greedy exploitation of its resources. Now, mankind has truly done a number on the Earth and natural resources are quickly drying up. In an effort to move forward, we once again turn our heads to the sky – and the Moon.

In Anno 2205 you are the head of a new corporation, tasked by the Global Union to expand your reach and ultimately make your way to the Moon to resume colonisation. The Anno series has historically focussed on historic time periods ranging from the 1400s to 1700s. After 2011’s Anno 2070 however, the series has now turned towards a speculative future, giving the games more room to play without adhering to historical accuracy.

Overall, your goal in Anno 2205 is to make it to the Moon by constructing space elevators and shuttles to reach the lunar surface. It’s not a straight shot upwards, however – a lot of ground work needs to be done at ground level before you can even think of heading into orbit. Early missions task you with expanding your home base and gathering resources, to unlock new technologies and facilities. For anybody who loves a good tech tree – like me – this part of the game is a huge success. In early missions at least, you’re constantly unlocking new things at a rapid pace. 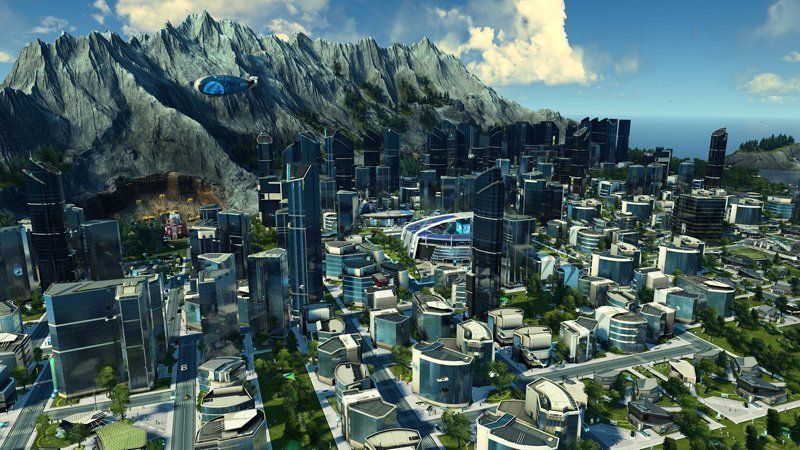 From here it becomes a game of balance – given the limited resources angle of the game’s setting, it’s all about keeping things in balance, and there’s plenty for you to keep level on the scales. Many resources you’ll need not only have to be mined or gathered, but also refined and processed at a separate facility. You’ll need to make sure you have enough base materials coming in to provide for one- or two-stage processing at other locations, but that’s not all.

You’ll also need to ensure your employee pool is big enough to staff these facilities, and that you have enough power being provided from various sources to keep the lights on, and that you have enough transportation infrastructure to ferry materials back and forth. And above everything else, there’s the bottom line; you are managing a corporation after all, so you need to ensure your business is making more money than it spends. It sounds like a lot to handle, but you get into a groove quickly enough. That said, any building that you drop into the world can be the one that throws the entire system into disarray so it’s handy that the game shows a quick reference when placing a structure as to whether it will put any of the tracked stats in the red.

In fact, the game’s overall interface has been given a welcome touch-up for this newest title. A few years back I had tried to play the previous title, Anno 2070, but found the interface quite intimidating with large amounts of text. 2205 has done away with this barrier by switching to a design aesthetic more focused on infographics. Simple images of each resource with a positive or negative figure next to them will indicate whether you’re producing enough of a resource to get by, combined with occasional audio prompts from NPCs to alert you to any deficiencies. 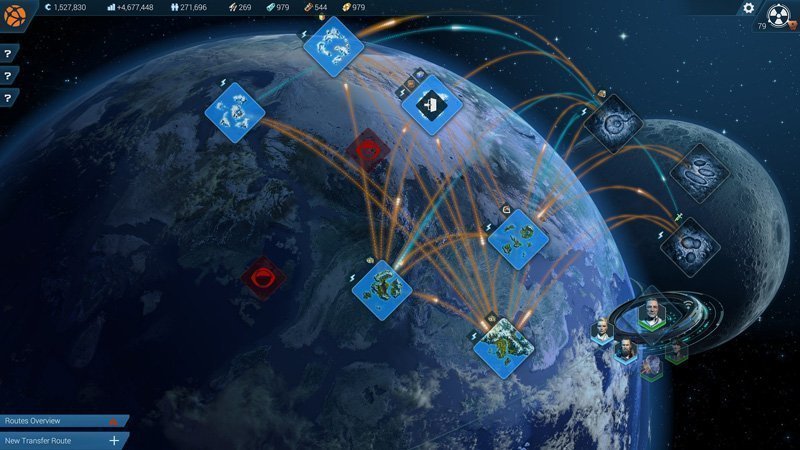 This quick and simple indications of what needs doing is especially helpful, given you’ll be swapping between multiple maps as you make your way to the Moon. Starting in a temperate zone, your main focus is just expanding your home base, but you’ll soon find yourself expanding into the Arctic for additional resources. Here you’ll have the added wrinkle of needing to keep your residential buildings in range of another facility to ensure there is enough heat to keep them alive. This makes planning your layout a much more pressing concern, and the same complication goes into your eventual lunar base as you’ll need to establish asteroid shielding to stop your buildings getting smashed to pieces.

If you’re in the mood to micro-manage, Anno 2205 is a pretty solid choice. It doesn’t have the same depth of information of the latest Sim City, but to balance this there is some combat content when you feel like explosions instead of construction. The variety of locations keeps things interesting, and being able to toggle between them at any time means you’re never locked into completing a single task. Building on the Moon is definitely a first for me, and I’m keen to put my corporate stamp firmly on its surface. Ponken Interstellar WILL own the skies.

Anno 2205 was reviewed using a promotional code on PC, as provided by the publisher.