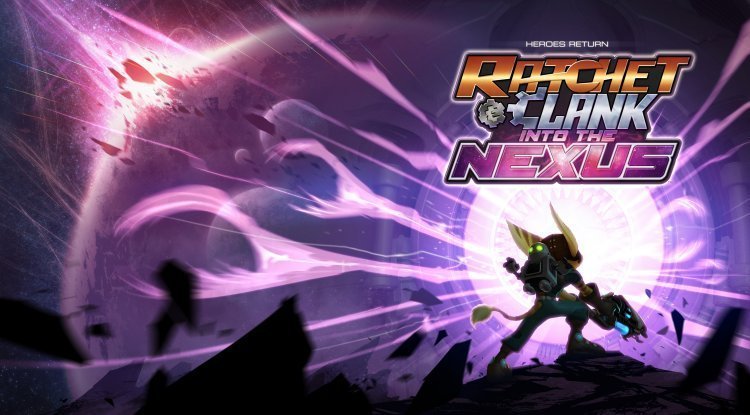 The Ratchet & Clank series has been one of my favourite ongoing games from both this and the previous generation of Sony consoles – perhaps you could tell, given I’ve previously reviewed both Ratchet & Clank: All 4 One and the Ratchet & Clank Trilogy HD remaster. The games have always offered a fun mix of platforming, puzzles and bizarre weaponry throughout its 12-title history and with the induction of Ratchet & Clank: Nexus, we bring an end to the PS3 era’s ‘Future’ story arc.

Nexus follows on from the previous PS3 title A Crack in Time, with the titular characters once again keeping an eye on the galaxy. The boys are transporting dangerous criminal Vendra Prog to a high-security facility when their ship is attacked by her twin brother, Neftin. The twins make their escape, destroying Ratchet and Clank’s ship and leaving them stranded on a deserted planet. From here the duo set off to escape the planet, find the twins and put them back in space jail where they belong. 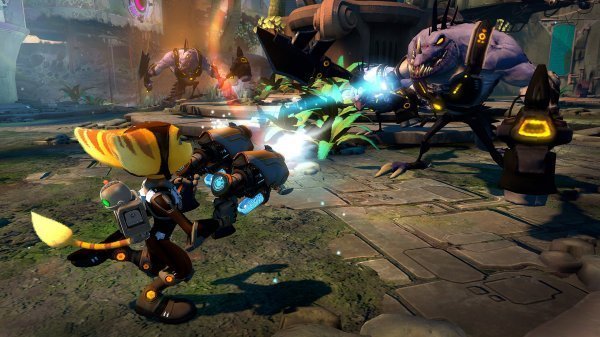 The game follows the tried and true Ratchet & Clank formula, traversing different worlds to find guns and gadgets, take down bad guys and smash as many crates as you can lay eyes on. One major new gameplay component is introduced in Nexus – manipulating gravity – which is put to use in two ways. Firstly there are the Clank-controlled ‘Netherverse’ levels, which have the tiny tin-can navigating 2D environments to provoke and avoid a Nether-beastie whilst flipping gravity all over the place to move around.

These little levels are played out as twitch-reflex puzzles, forcing you to keep Clank out of harm’s way from both the oncoming monster and the environmental dangers of the Netherverse. Secondly, gravity manipulation lets Ratchet toss enemies about and move more freely in the game’s space-set levels, leaping from platform to platform with his grav-boots. Given these ‘magnetic wall’ areas started off as a slow-moving clod in early Ratchet & Clank games, it’s nice to see this particular part of the gameplay having come so far. The ability to throw enemies into the air to make them easy targets also helps to add a new layer of complication and thought to the game’s combat, which is always nice to see a dozen games in.

Combat is well-executed, with waves of enemies pouring in at a speed that seems challenging without overwhelming the player. The diversity of your weapons is diversified further in Nexus as you can actually upgrade your weapons in two different ways this time around. Regular use of a weapon earns it experience, causing it to upgrade and become more powerful. Alongside this, you can also apply extra boosts by spending Raritanium found throughout the game, letting you boost firing and reload speeds, ammo capacity, damage dealt and so on. Applying enough upgrades to a weapon also unlocks other hidden bonuses, which leaves a lot to unlock overall. Returning also is the series’ prized challenge arena, giving you access to increasingly difficult combat scenarios to win cash, Raritanium and other bonus items. 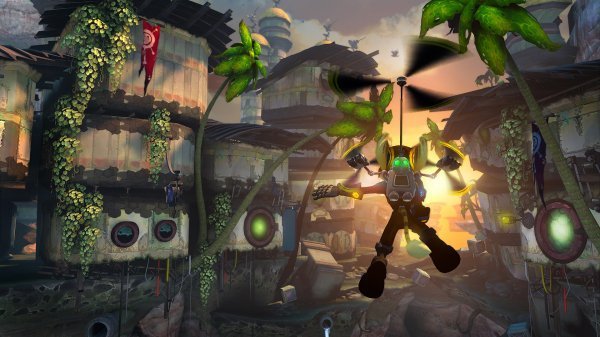 Visually, Nexus has gone all-out in terms of visual variety. The different worlds you visit feature a variety of different aesthetics, from lush plants to abandoned cities, deserts and dark cave systems. Colours are vibrant and diverse, giving each world a distinct feel that is only bolstered by the musical accompaniment and fluid character animation from both the protagonists and the NPCs they encounter throughout the story. The game also retains its trademark sense of humour with ambient dialogue from enemies, advertisements for different guns and upgrades, and dialogue in cutscenes all revelling in the goofy jokes and self-references that the series has honed over time.

Overall, the game is a strong final chapter for Ratchet and Clank on the PS3. Given the leap in quality from the PS2-era games to those on the PS3, I hope the good folks at Insomniac have already turned their eyes towards the PS4 to keep the series going. As the age of the Playstation 3 draws to a close, Ratchet & Clank: Nexus is a nice reminder that this generation wasn’t JUST about brown gun-guys fighting brown enemies in a brown world – there was plenty of innovation and creativity (and colour) to be found. And at half the price of most new-release titles, it won’t break the bank while you wait for those shiny new consoles to arrive.