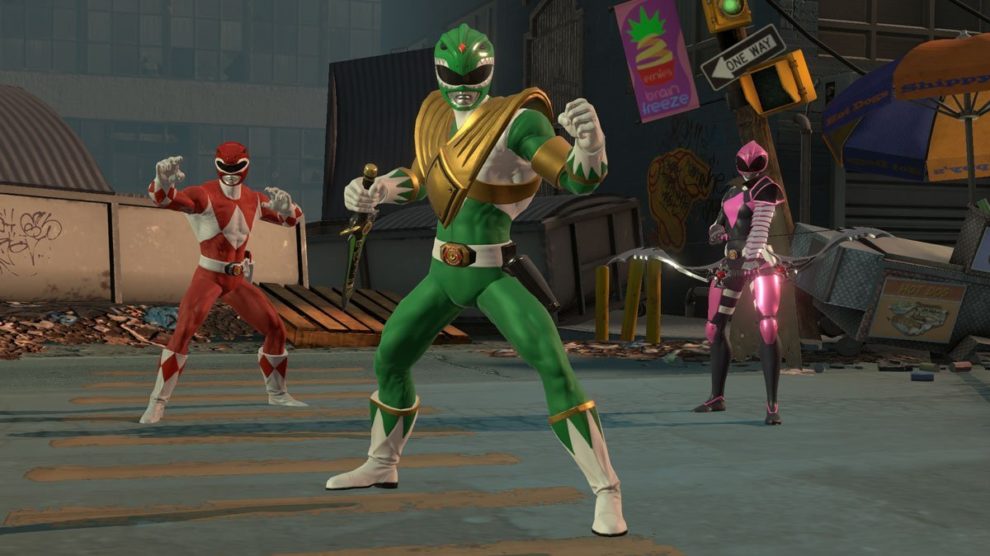 Don’t fall for the hype: Power Rangers Battle for the Grid is absolutely horrid.

A console title made by nWay, the developer of the mobile title Power Rangers: Legacy Wars, Battle for the Grid may have piqued the interest of many a Power Rangers fan. For me, it was the inclusion of Lord Drakkon, a cool looking hybrid of the Green Ranger, Tommy Oliver, and the White Ranger… um, also Tommy Oliver. It took a little digging, but I found out that Drakkon was from an alternate reality (thanks, comic books) in which Tommy aligned with Rita Repulsa and took over the entire world. If Battle for the Grid leaned into this story in any real way, my $30 AUD would have been justified. 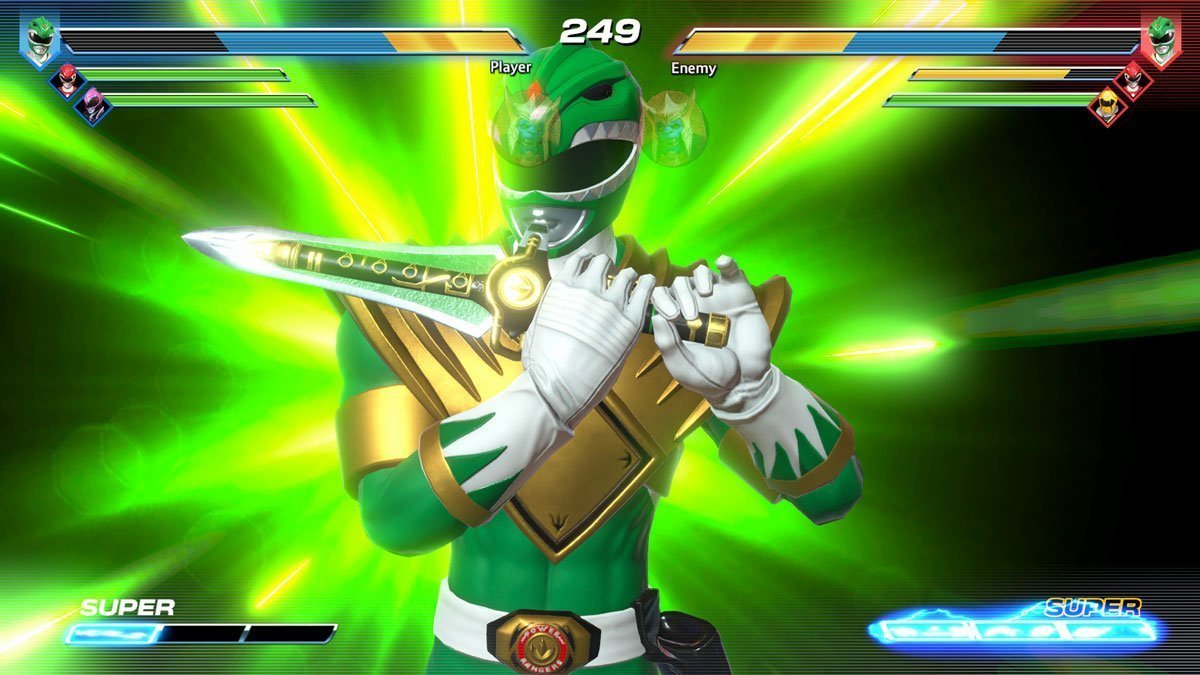 Upon starting Battle for the Grid, you’re thrown into a menu with Ranked, Casual, Arcade Versus and Training modes. The game’s “story” comes via Arcade, though doesn’t really kick off until Chapter 6 and two narrative tooltips. “You’ll never get the coin,” Goldar yelled (or something) as I sat there scratching my head wondering exactly which coin he was talking about. In an era where Mortal Kombat has revolutionised storytelling in fighters, and on the cusp of Mortal Kombat 11 itself, this is just laughable.

Otherwise, the 3v3 fighter just pitted colourful Power Ranger against colourful Power Ranger (all 8 of them, plus baddie Goldar) with little fanfare or explanation. I breezed through Arcade mode up to that point, easily dispatching foes without any need to look at a move list. I decided to anyway and found a couple attack buttons, a throw and the ultimate A&X combo that I relied upon for most of my play. Button mashers will feel at home.

I cruised along until the aforementioned Chapter 6, which utterly kicked my ass. It was then that Goldar and a Black Ranger alternate seemingly blocked all of my moves and managed to juggle me in corners with little I could do in reply. The difficulty curve spiked so ridiculously that I tried to beat that level ten full times before calling it and moving on. I switched over to Ranked mode to see how I’d fare and played a team of three CPU players three times over — with zero variation in the CPU’s team, nor mine, on the same exact level — before having my skills assessed to the point where I could fight against real people. 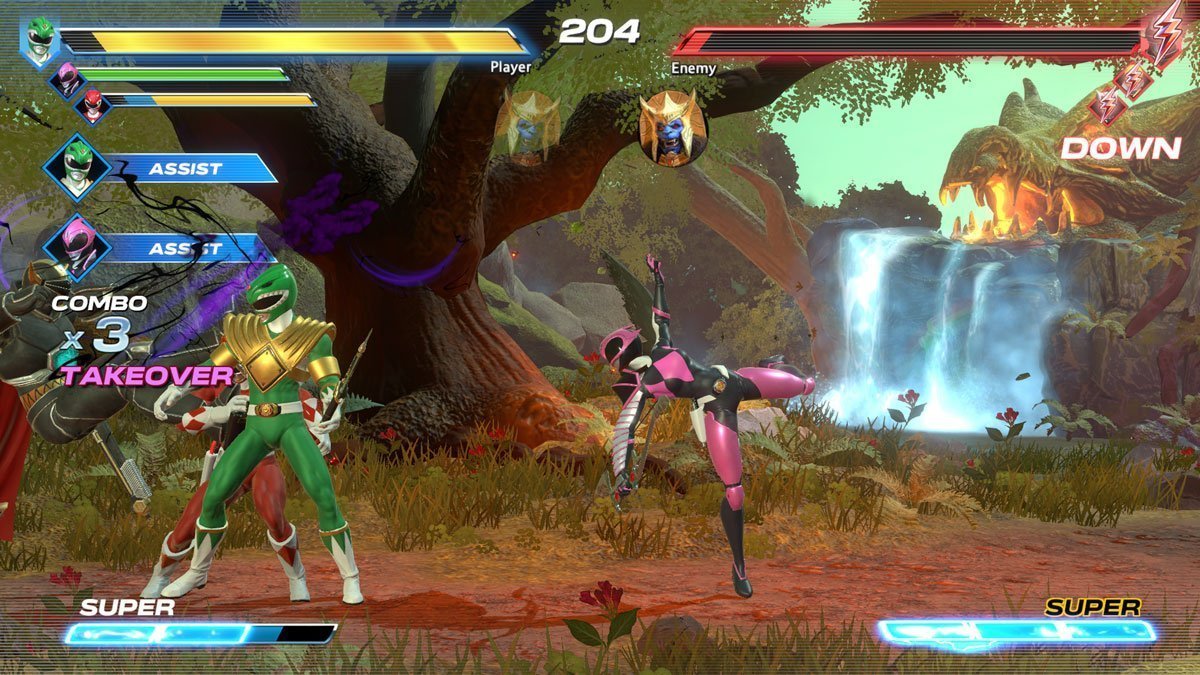 Except there weren’t any real people to fight. My search for a real player timed out, again and again, another ten times before I decided that was enough. I understand the game is relatively new, but there should be some sort of player base eager to lap up the offering. I’m unsure if unstable netcode or a lack of players were ultimately to blame, but it doesn’t matter — I’m just about done trying.

Sadly, that’s about all there is to Power Rangers: Battle for the Grid. I eventually went back to Arcade mode and corner-juggled like the AI; hardly a game that’s “easy to learn and hard to master” as nWay proclaimed. I fought Lord Drakkon, beat him and felt as empty as the game actually is. If you didn’t know about Drakkon’s past before starting the game, you won’t by the time it ends. If it looks like a mobile game, sounds like a mobile game and plays like a mobile game, well, it’s a mobile game. Power Rangers fans deserve better  — especially when it comes to lazy Achievements that task you to play 1,000 rounds in an attempt to prolong the gameplay.

On the topic of gameplay — which includes the same bland backgrounds, blobby-looking Zordon and what few, similar fighters are on offer — below. Unless you’re an absolute die-hard Power Rangers fan who foams at the mouth when it comes to new content (and has patience to wait for online matches), give this one a wide berth.

Power Rangers: Battle for the Grid was reviewed using a retail code on Xbox One, as purchased by the reviewer. He’s hoping for a refund. Click here to learn more about Stevivor’s scoring scale.