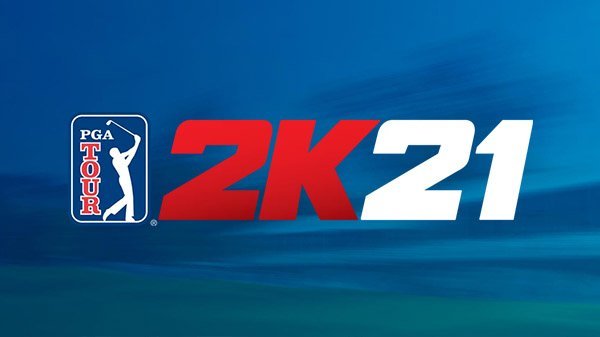 PGA Tour 2K21 is the latest from HB Studios, the Canadian-based developer known for The Golf Club. Dropping its former moniker (from its formal title, at least; inside, it proudly proclaims to be “Powered by The Golf Club“), the hardcore golf simulator of the past can still be found within, though new accessibility options provide a safe place to play for newcomers. The result is a highly enjoyable affair that’ll let you get out and about on a golf course while remaining, safely, at home.

As I recounted in my recent PGA Tour 2K21 preview, golf fans should feel quite comfy amongst 15 licensed courses, a handful of online modes and a robust career (a MyCareer, even) that’ll pit you against 11 professionals. I went straight into MyCareer with the intent of toppling Justin Thomas and taking the FedEx Cup for myself, though sticking with Beginner mode settings. Alongside being the best in my field, I had a secondary plan to relax and enjoy myself rather than wanting to throw my virtual club into the nearest bunker.

I took advantage of new and refined assists like Pro Vision, where you you preview your shot after deciding upon a club, stroke style and spin, alongside golfing mainstays like a power meter, swing plane and power circle. While I think I’ve ended up prefering the mouse and keyboard control style for PGA Tour 2K21, a controller came a close second. I found I was slicing the ball pretty much every time when using the right-stick, but I quickly learned how to adapt to that particular fault. 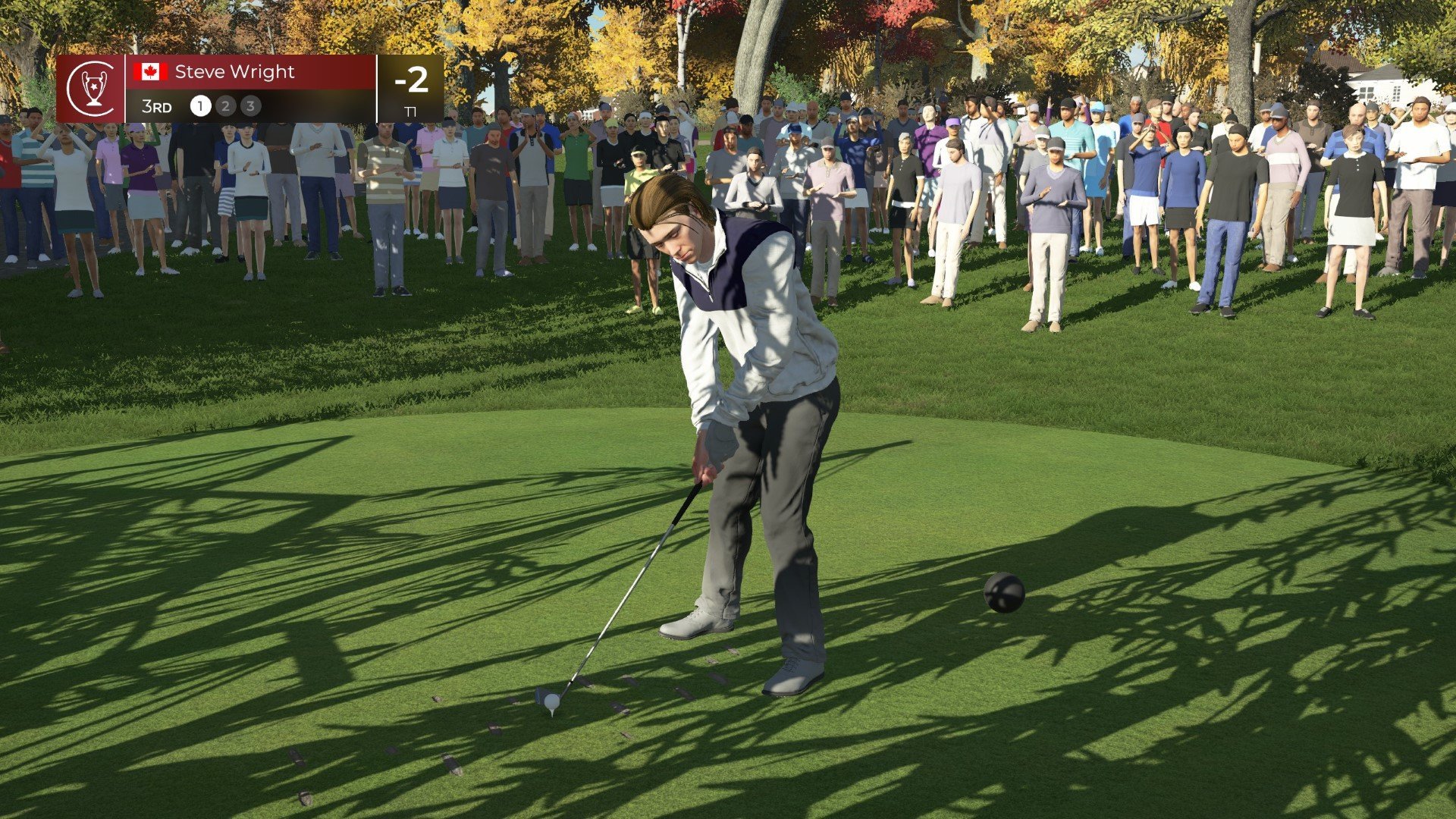 MyCareer mode is slick, polished and professional. On-screen presentation is top-notch, with a stylised presentation that includes cutaways to your AI rivals as you all work towards completing your individual rounds. Play-by-play commentary by Aussie Luke Elvy, accompanied by colour commentary from Rich Beem adds to the rich experience. Beem usually has a funny story to tell about each official course on the PGA Tour, and they always managed to bring a smile to my face.

While the commentary is pretty amazing, it does fall victim to the same problems most sports games encounter. There are some extremely repetitious statements thrown out at you — “You’ve arrived at a par four” will forever be burned into my brain — and despite the ability to fully name your player character, the pair will only ever refer to you as “this player”. I’m a unique individual, you guys.

MyCareer has plenty to keep you on your toes — in addition to your hole-to-hole performance, you’re also tasked to acquire new sponsor contracts, each ranging from easy to hard, alongside a head-to-head with a specific rival on the Tour’s ladder. The ultimate goal with the latter, of course, is to outperform Thomas to become the Tour’s biggest dog. There are plenty of Achievements to be earned while doing so, with the dreaded “get a hole in one” one looming its ugly head over proceedings. Most others are infinity more accessible, thankfully. 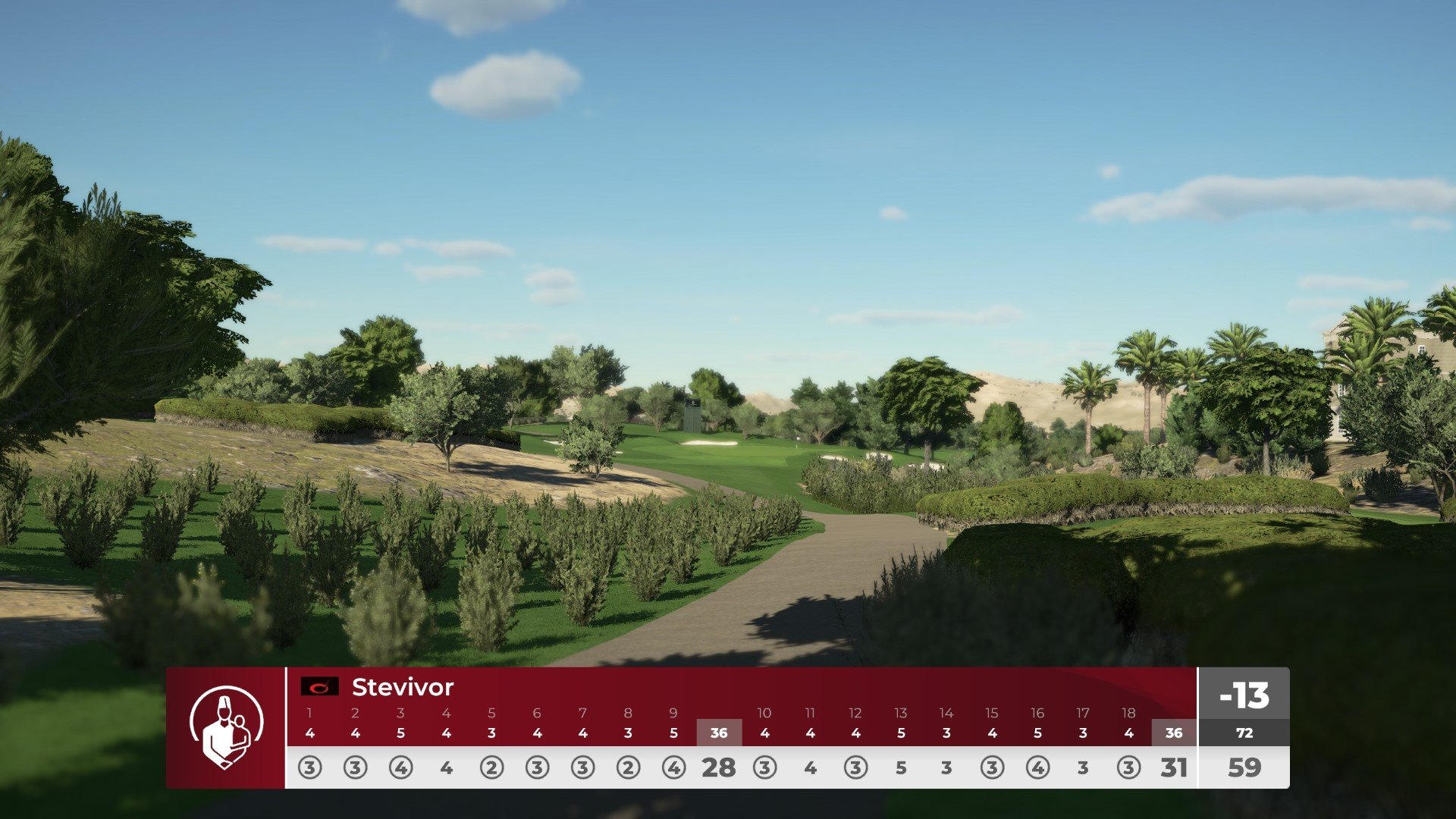 While it’s true that your ultimate goal on the course is to golf the best you can — fulfilling those secondary objectives in the process — some sponsor contracts have requirements that will make you change up your game. I was happy with a driver that was getting me an average of 280 yards per drive, but a contract meant I had to select a new one that could get me an extra 10. That increase in distance meant I had less control over positioning, so I essentially had to re-learn how to play. A move to more realistic settings proved my personal downfall, but seasoned genre fans will likely enjoy the extra challenge.

While I didn’t have a chance to check out online offerings, I played a couple rounds with multiple golfers, assigning two to a single controller and another two to one my husband was using. It was here we tried out modes like scramble, where teams of two take shots and then decide which of the two will be accepted to then continue on. I wasn’t overly excited with the rule change, but it did prove a nice break from career mode. Course design isn’t my thing either, but there’s functionality provided to those who are.

I’d be remiss if I didn’t mention a crippling in-game network error today — code HB-RS [1702] — that’s preventing me from continuing my MyCareer journey. HB has taken a look and has informed me that all looks to be okay on their end, but I’ve also confirmed that my network connection is just fine. I’m hoping that this little issue has arisen as a result of review code delivery through the Xbox Insider Hub app, but it nevertheless provides cause for concern. PGA Tour 2K21 “needs to be online… because of the experience points and rewards earned throughout the mode” meaning network issues on either end will bring your career to a screeching halt.

That aside, PGA Tour 2K21 is great fun, a solid golf game that should provide hours of enjoyment to those wanting to climb the Tour ladder or merely get out for a hit. You can (virtually) go out and get amongst it on Windows PC, Xbox One, PS4, Switch and Stadia from 21 August.

PGA Tour 2K21 was reviewed using a promotional code on Xbox One (and additionally, Windows PC via Steam), as provided by the publisher. Click here to learn more about Stevivor’s scoring scale.