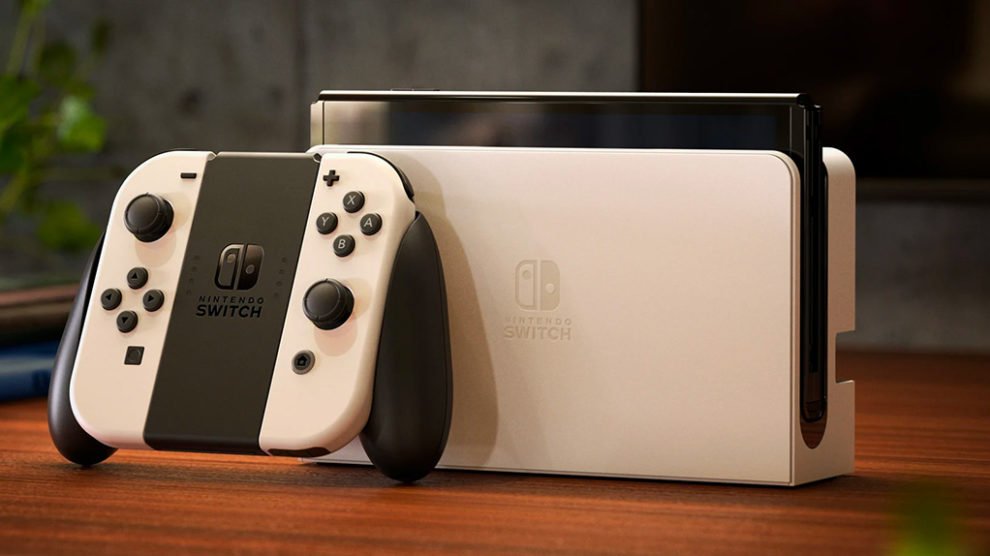 Once you have made the switch to OLED, there is no going back.

As soon as I picked up the Nintendo Switch OLED Model, I knew there was no going back to my ageing launch console. Aside from the punchy visuals that come from an OLED display, the modest jump from a 6.2- to 7-inch 720p screen mightn’t sound like much on a specs sheet, but it is noticeably larger in person.

It fills out the handheld’s footprint much better than the original design, with a far more modest bezel bordering the display. Above all, I knew there was no going back simply by the feel; with a glass screen and sturdier plastic casing, it feels like a more premium product worthy of its status as the top-end model in the trilogy of Switch hardware, even if it isn’t the highly rumoured Pro variant that continues to elude us.

I am genuinely surprised at how a seemingly modest increase in screen size makes handheld gaming on Switch OLED so much more immersive. It does provide a little more real estate, but it’s mostly because the Switch console essentially remains the same size, while offering a larger display – we’re used to XL models of the DS/3DS and plus models of phones and tablets equating a larger display with a bulkier device, but that isn’t the case here. Expanding the screen across the previously unused space really pulls you into the experience, and it frankly makes the original Switch screen look small with a giant border. It also means most of your existing Switch accessories are compatible with the Switch OLED, including the original Dock, for ease of access between two televisions.

It’s all brought to life by the brilliant OLED display, and as I tell everyone who admires my LG OLED TV, once you go OLED you won’t go back. That holds true for the Switch too, as the new screen really dazzles, especially in vibrant mode, which seems designed for Nintendo’s bright and bold colour palette in most of its first party line-up. On a TV screen, I would never recommend anything that dare calls itself ‘vibrant’, as it’s going to oversaturate movies, TV shows and most games. But on a handheld screen, primarily used for Nintendo’s iconic simplistic whilst colourful style, it really helps the new display to pop.

On vibrant or standard mode, the OLED display is a huge step-up from the original LCD screen. The colours are more striking, but it’s the contrast ratio with deep blacks that any OLED enthusiast will rave about. OLED technology lights each pixel independently, or essentially not at all in the case of deep black, allowing a striking contrast between bright colours and dark areas.

In that respect Metroid Dread, which launches alongside the Switch OLED model, is the ideal test vehicle. It’s an unusually dark Nintendo game with bursts of striking colour – and it looks amazing on Switch OLED, even in 720p. Phones of a similar size use a higher pixel density, often above 1080p. While we look forward to what the Switch’s successor may do with a higher resolution screen, if the compromise is better battery life, Nintendo has made the right decision to retain the bare minimum to claim a HD device for now. It still looks fantastic on a 7” display, and bouncing between my 65” OLED TV in 1080p, I’ve found Metroid Dread looks better in handheld mode, where its rough edges are less apparent, while all the advantages of OLED still shine through. 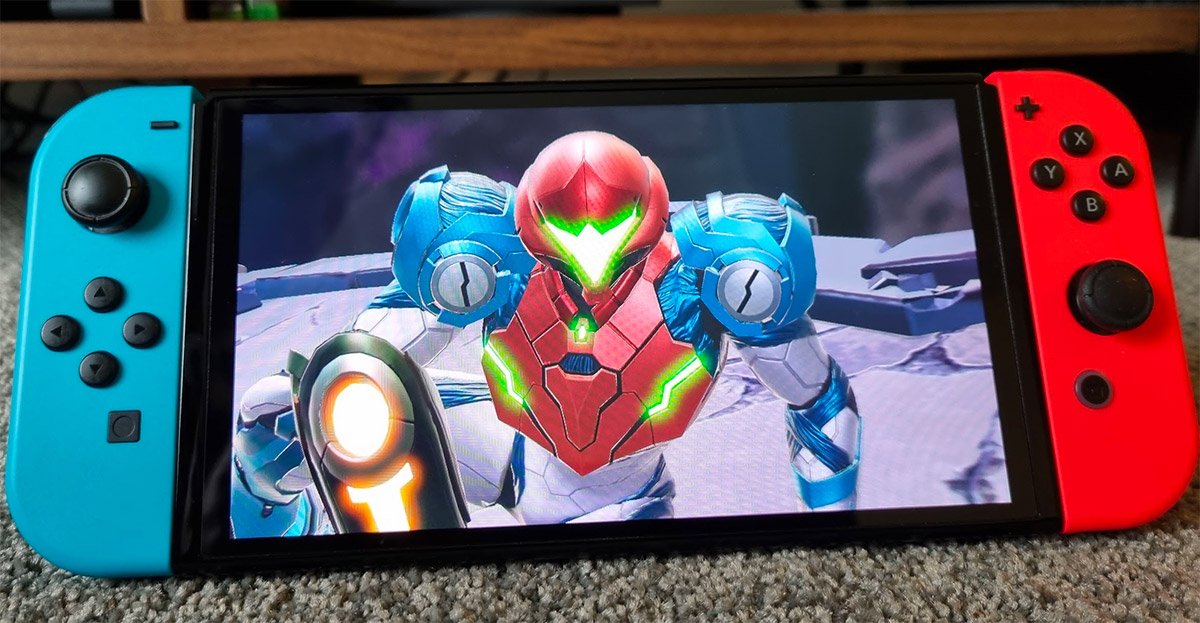 The negative to OLED displays has historically been the risk of burn-in. That was a genuine fear during the technology’s infancy, but with steps to mitigate that risk now well and truly established, it’s not a major concern. We can’t thoroughly test it after just a week with the system, but I’m confident it won’t be an issue unless you purposely try to force burn-in. I’ve been using OLED TVs for years and more recently an OLED phone, and have never had an issue; but I also don’t leave them on a static image for hours on end. Ensure you have burn-in protection on, and sleep mode kicks in automatically, and the Switch OLED shouldn’t have any issues.

Battery life and other upgrades

Coming from a launch Switch, it’s the significantly improved battery life that seals the deal and makes the Switch OLED a worthwhile upgrade. Nintendo quotes between 4.5 to 9 hours for the Switch OLED, compared with 2.5 to 6.5 hours for the 2017 model. That perk is complicated by the fact that it isn’t new, as it was actually applied to a new red box version of the Switch that quietly replaced the original in 2019. If you upgraded to that stealthy revision, the benefits of the OLED model are heavily diminished, as while the new display is much improved, nothing beats better battery life on a portable device.

The other improvements are niceties that barely rate a mention. The full-length kickstand actually works now – the original model had a tendency to topple over – but tabletop mode isn’t often used. It feels much sturdier as part of the higher quality plastic backing, which at a glance appears less prone to the cracking issue of the original Switch, as there appear to be less screws putting the structure under stress. While the Joy-Con remain unchanged, and still jiggle about slightly while connected to the system, the Switch OLED feels that little bit nicer to hold, as we would expect from a premium revision.

The internal storage has been doubled from 32GB to 64GB, and while that is more than it sounds when most first party Switch games come in between 2GB – 16GB, anyone shelling out this much for a Switch is still going to need a microSD card, and I certainly wouldn’t consider a phone with such a pittance of storage in 2021. Considering the price increase, 128GB or 256GB would have been a more meaningful upgrade. Nintendo also boasts enhanced sound, and while the front-firing stereo speakers sound very good, I can’t say I noticed much difference from the original Switch. It’s also somewhat negligible, as if I’m playing off-TV, I’m either keeping the sound low or using headphones. 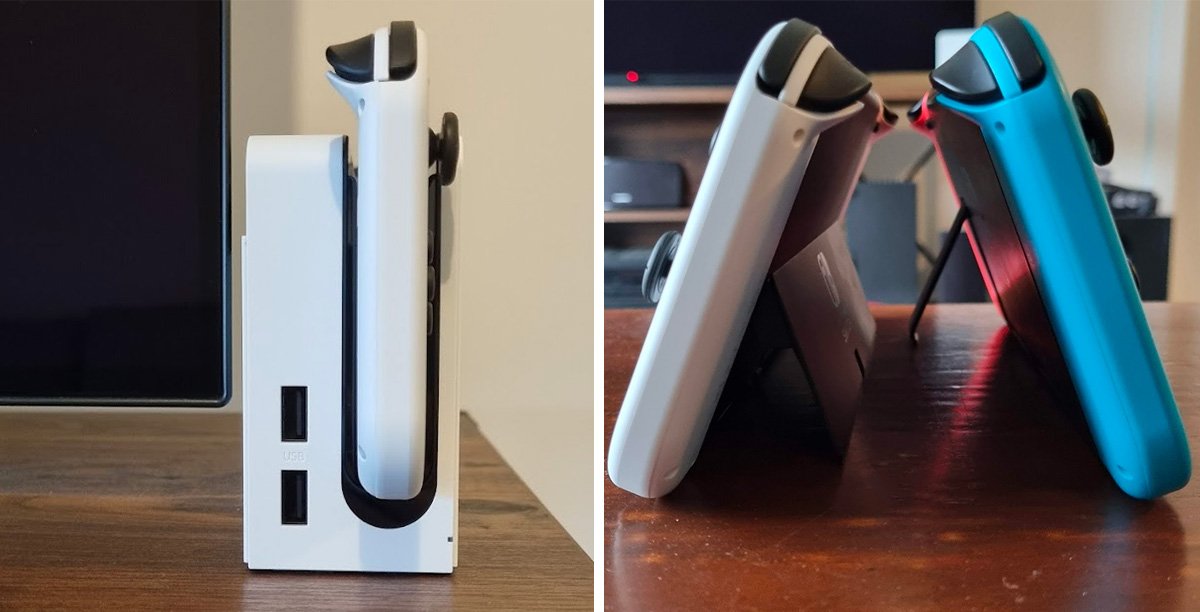 The Dock has also seen a modest redesign, with some curvier edges, easier access to cables, more grip on the bottom, and a glossy interior to contrast the matte exterior – it’s subjective as to whether this gives it a more upmarket styling or not, but it’s likely more visible on the new white model, which leans into the premium marketing.

The black and white option seems to be the more popular of the two, probably because most users are upgrading and already have the neon Joy-Con set, but it clearly follows the same colour scheme as the PS5, perhaps to attract a slightly older audience. Aside from that there’s also a built-in LAN port, which was previously only accessible via a USB adapter. Considering all the other improvements are only apparent in handheld mode, this isn’t a decisive factor, but it’s nice to have.

Price and is it worth upgrading?

Having already seen the Switch Lite, the OLED model is filling the market previously served by the XL range of the DS and 3DS. It’s a minor change that casual players won’t appreciate, but is worth considering for heartier Nintendo fans, and it has very much priced itself into that enthusiast market.

If you are yet to buy a Switch and have cash to splash, the Switch OLED is clearly the superior model. However, at AUD $539, it’s AUD $70 (USD $50) more expansive than the base model – and let’s face it, that regularly goes on sale for AUD $399, so let’s call it closer to a $140 price increase. That’s a big jump, and even higher above the AUD $299 Switch Lite. All of these models play the same games, with the same docked or handheld performance. Games that struggle on regular Switch still struggle on Switch OLED.

If you exclusively play in handheld mode, and want the durability of throwing the system into a bag, go with the Switch Lite. If you only want to play the occasional Nintendo exclusive across TV and handheld modes, find a regular Switch on-sale. But if you’re a Nintendo fan who rarely misses a first party release and has happily upgraded Nintendo handhelds in the past – going from the GBA to the GBA SP, the DS to the DS Lite or 3DS to the 3DS XL – the Switch OLED is a worthwhile investment, assuming you spend a decent amount of time playing in handheld mode. That’s the catch this time around. Unlike those systems, the Switch is a hybrid handheld-console, but it’s only the top of the line model for handheld players, with no benefit for those who use it exclusively as a console.

This isn’t the Game Boy Colour or New 3DS equivalent, which many have been eagerly awaiting; a slightly more powerful revision that improves the performance of older games and perhaps allows a few exclusives that couldn’t run on the original hardware. Nintendo has found a way to increase the cost of a system mid-generation, without improving performance, and there’s a very specific market who generates that demand; it happens to be me, but I wasn’t certain of that until I held one.

Coming from a launch Switch, it’s much easier to justify the investment. The improved battery life makes a massive difference, as the dwindling life expectancy of my launch battery has resulted in less frequent handheld play. With the better display, nicer feel and reliable battery of the OLED model, I’m back playing Metroid Dread across handheld and TV modes, as I did back when the system launched in 2017, before it permanently embedded itself in the dock. 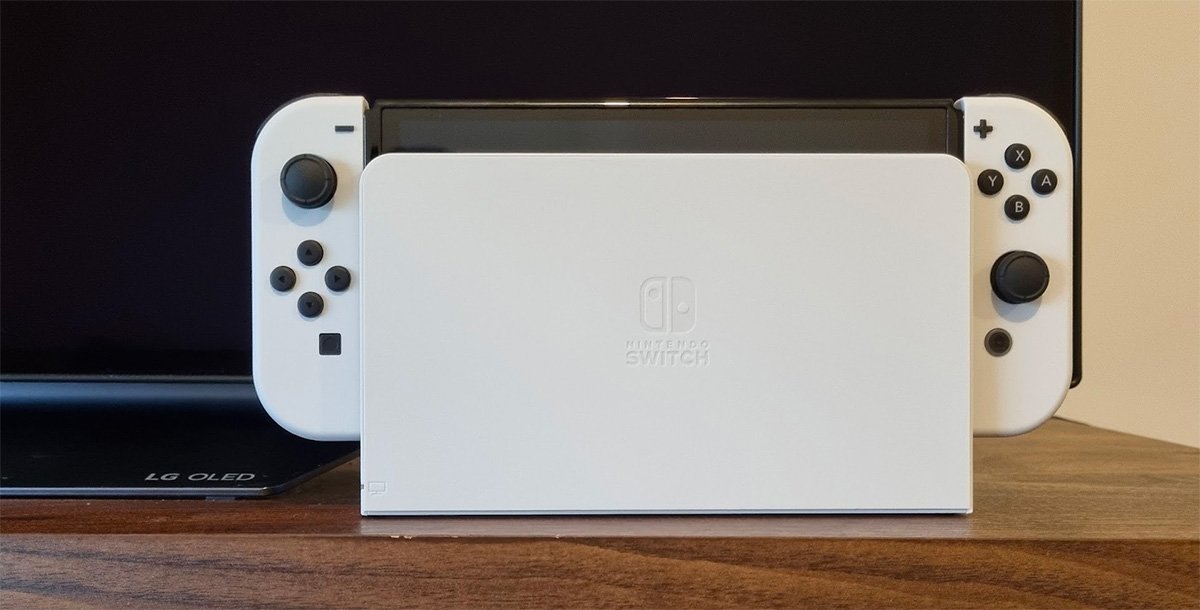 The Switch OLED is the definitive model of Nintendo’s handheld-meets-console. It’s the only way I want to play Switch now, in handheld mode at least, and is a nice improvement on my tired launch console. But that’s just it; it’s nice but certainly not a necessity. This is the luxury model of Nintendo’s handheld, and if I were buying a Switch today to use regularly, it’s the best model to choose – but there are much cheaper options that are just as good for playing a handful of Nintendo exclusives if you’re more interested in a few specific games rather than the system as a whole.

Upgrading is another matter, but you already know if the Switch OLED is for you. Nintendo has incrementally upgraded its handhelds in the past, almost annually with the 3DS, most often without an increase to performance. For some, those tweaked models were worthwhile, while they were easily ignored by others, and everyone continued to play the same games. That holds true with the Switch OLED. A New Switch Pro revision or true successor is inevitable, but we have no way of knowing when that will arrive, so the proposition remains the same. Enjoy a nice upgrade to Switch handheld mode for the now, or wait indefinitely for a momentous step forward. For mine, now that I’ve made the switch to Nintendo Switch OLED, I can’t go back.