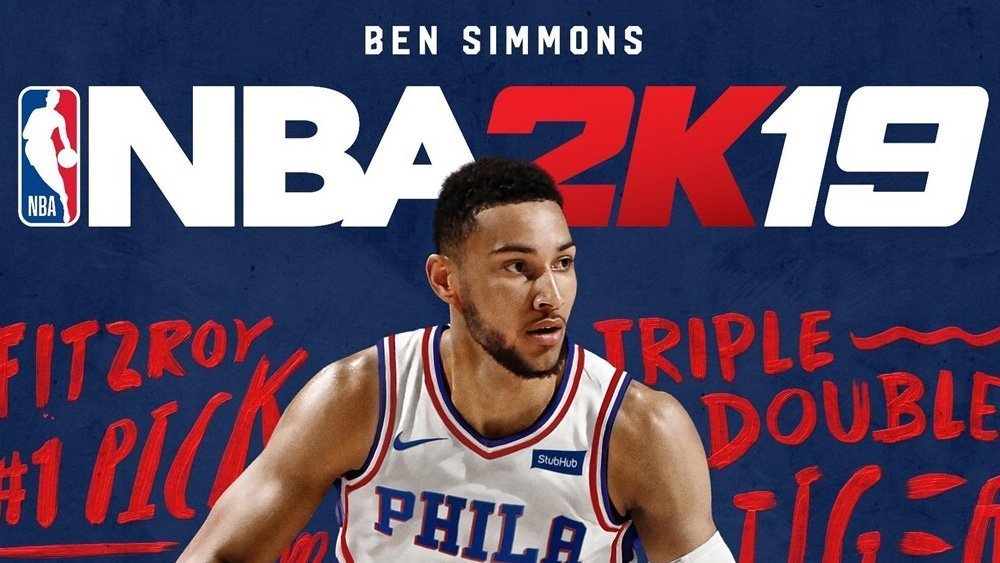 And that's a real shame.

I’m starting to develop this love-hate relationship with the NBA 2K series. Every year the basketball gameplay is fantastic, but the way the game has shifted towards monetisation in the form of microtransactions is impacting that experience – and it’s just plain gross and exploitative.

NBA 2K19 returns with its main tentpole modes that fans of the series will be familiar with. While being able to play a quick game of basketball using some of the world’s best teams (past and present) is always fun, it’s the other modes that Visual Concepts puts a lot of their focus into. The big one would be MyCareer, where you create an unknown player and start the journey as a rookie trying to develop into a worldwide NBA star.

The story for this year’s MyCareer involves your player, named A.I., going undrafted in the NBA and traveling overseas to play in the Chinese Basketball League for the Shanghai Bears. But after managing to grab the attention of some basketball scouts back in the United States, you eventually make your way onto the bench of an NBA team. The story in NBA 2K19 is a lot less goofy than it has been in previous years and this time it has been executed relatively well. Along the way you’ll interact with a number of high profile NBA personalities, along with other characters to flesh out the story, some of whom are played by actors like Anthony Mackie (Avengers: Infinity War), Haley Joel Osment (The Sixth Sense), Ricky Whittle (American Gods), and Aldis Hodge (Straight Outta Compton).

MyCareer will also introduce you to a new system called Takeover. When you start filling up the stat sheet in the game, by getting points or steals for example, you’ll begin to build up your Takeover meter. At a certain point you’ll then be able to trigger a Takeover and your player will get a boost in their archetype abilities for a short amount of time – sort of like they’re ‘heating’ up. What I really like about this system is it has this great risk/reward system attached to it. You’re able to push past the initial point of triggering the Takeover, and if you can manage to build up double the meter then you activate the ability for a full team Takeover, where every player on your team will get a boost. However, if you stuff up and do a bad play, like turn over the ball, then you’ll lose all of the meter you’ve gained and have to start from scratch. It’s a neat little way of getting you to decide if you should just trigger the ability or see how far you can push things.

The Neighborhood was first introduced last year and is basically a small open-world area where you can roam around with other players within the game. It has been refined in NBA 2K19 by being less maze-like in its design and easier to get from one place to another. From here you’ll be able to go to your team practice facility, compete against other players in pickup basketball, customise your look by visiting various shops, play a variety of mini games that are scheduled throughout the week and participate in number of different activities setup around the Neighborhood.

During these activities you’ll earn Virtual Currency (VC) which can be spent within the world. There are a number of ways to spend your VC; you can use it to increase the stats of your player as you go from level 60 up to 99 or you can also use VC to purchase other items in the world, like new clothes or shoes. Gaining VC can be very grindy though. When I was 20 games into the NBA season I was floating around a player ranking of 67. Even though I’d worked my way up to a starting position on the team, was ranked 1st on the rookie leader board for the season, and had enough votes behind me to be an NBA All-Star, I was still earning a minute amount of VC each game. Sometimes I was struggling to earn enough to put one point into a single player stat category after each game.

On top of VC, you’ll also earn experience points for performing certain tasks in games or by completing practice drills in your team facility. These help you attain badges to build up your player archetype. However, I noticed a significant drop in the experience I was receiving after a few days of playing and wasn’t really sure what I’d done wrong for this to happen. As it turns out, so did everyone else in the NBA 2K community, which has led to the suggestion that the experience was nerfed by up to 32% when the regular edition of the game released.

The other version of NBA 2K19 was the 20th Anniversary Edition. A premium version of the game that allowed people to jump in a few days early with a variety of bonus digital items, including 100,000 VC. There’s no matchmaking in the Neighborhood other than what will be available for the Pro-AM game mode. So with all the players that had been grinding through the anniversary edition pre-launch, it was almost impossible for me to play an evenly matched game against other people on the different courts around area – everyone was roughly 25 levels above me.

Sure, you no longer have to spend VC to get a haircut which was changed this year after the outcry in NBA 2K18, but everything else realises so heavily on it. The game is constantly throwing how important VC is in your face and asking if you would like to buy it with real money. What’s worse is that you can gamble VC away at Ante-Up, which are basketball courts that let you wager certain amounts of VC against other opponents. The winner walks away with the whole pot and the losers don’t get their currency back. Ante-up has been in the game for a few years, but they aren’t even trying to hide the fact that it’s a form of gambling anymore. The Ante-Up room has been given a paintjob this year, with the facility being turned into what now resembles a casino – heck it even has a chocolate wheel to greet you as you walk into the door.

Apart from the grind and some of these disgusting traits that are becoming further engrained into parts of the gameplay, for the most past the basketball is still great. The presentation is superb, with details like the Chinese Basketball games being commentated in the local language. For NBA games, they continue to add to the broadcasting talent and it’s outstanding how many people they manage to get to fill out the experience of the game. It can be surprising when you hear the broadcasting talent talk about things that only happened four weeks ago in the off-season of the NBA. Visual Concepts is always on the ball when it comes to making the 2K series feel like an NBA game.

The biggest issue I have with the gameplay is that the team communication is completely off sometimes. For instance, when playing defence one of your teammates might tell you to switch after the opposing team sets a screen. After a request like this both defensive players should swap who they are guarding, but the computer-controlled players aren’t doing this, so you’re left with an open player. This can heavily punish you in the game and is extremely frustrating when it does happen.

The rotations during my early games were also messed up. For whatever reason LeBron James, easily one of the best players in the NBA today, was constantly sitting out at end of the games, regardless of what the current score was. Even though he was our leading player at the time, he would always be on the bench while I was in the game during those final minutes, but also playing out of position alongside a second year rookie. Weird choice coach, but whatever you say.

I also had the game crash half a dozen times; fortunately it was never inside of a game and only when I was running around the Neighborhood or navigating a menu. At the time of writing this Visual Concepts have released a few patches to fix stability issues, so I’m hoping that will resolve the problems I was having.

MyGM also returns with another narrative based story where you can take over an NBA organisation and run things behind the scenes. There is an option to continue the story from last year if you wish to do so or alternatively you can just start from scratch. The collectable card game MyTeam will offer a new set of challenges for this year. In this mode you build a fantasy team and try to complete a set of games. You obtain card packs to help you build a team that you can take into the list of new challenges each week in the single player part of the game, but you can also compete against other players online. Again, VC creeps into this aspect of the game, allowing you to use the currency to purchase card packs or visit the online auction house to buy any desired cards.

As I’ve said, the basketball gameplay in NBA 2K19 is brilliant, and it has been for the last decade that I’ve been reviewing this series. But the way VC is used in the game needs to be re-evaluated, as it has become ridiculous and is blatantly pay-to-win. This greedy freemium model within an already fully priced game needs to disappear.

NBA 2K19 was reviewed using a promotional code on PlayStation 4, as provided by the publisher. Click here to learn more about Stevivor’s scoring scale.