Regular readers may remember I reviewed NBA 2K14 recently on current-gen. After sinking some time into the next-gen offering, it’s apparent the bigger brother deserves some time to shine. There will be a lot of comparison to the current-gen version but it’s necessary to illustrate just how far the franchise has come.

First off, this game looks incredible. The effort the 2K team have gone to is immediately obvious. As expected, character models are leaps and bounds above current-gen, but the thing that strikes me the most is the emotion each player conveys. Reactions to calls, celebrations on made shots, 2K is slowly becoming more realistic with every improvement. It’s impossible to find any of the occasional mutants the franchise has somehow let slip through in the past. Players can easily be recognized from their digital representations and even look like they do in photos. The detail in the stadiums is impressively over the top and crowds (usually an afterthought in most gaming) have never looked so good. I was expecting a lot visually from the next-gen sports titles and NBA 2K14 has started off with an impressive feast for the eyes. 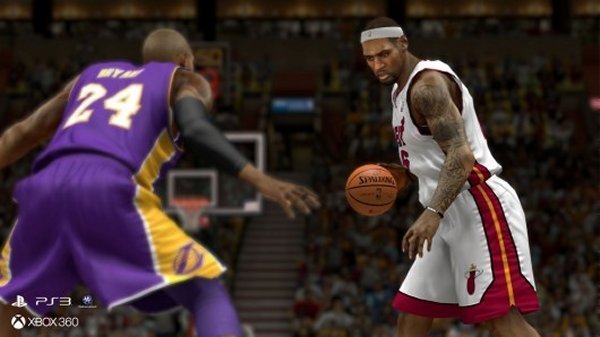 In terms of on the court game play, things are similar to previous 2K games. Just enough for fans of the series to pick up a controller and be familiar with it. That’s where the similarities stop because everything has been reworked. It’s very hard to describe, but gameplay just feels better. Everything flows, players feel more responsive and setting up plays has become easier. The ball feels solid now rather than a magic object with a will of its own. Players will chase down loose balls now rather than become confused and wait for it to bounce out of bounds.

MyPlayer is still my favorite mode in NBA 2K so it’s nice to see it get some attention. This isn’t a simple lick of paint and send it on its way either. After playing so many 2K games I was shocked to see the formula change and it’s about time. The MyPlayer campaign is much more of a story now. A childhood friend acts as your agent and helps project you into the big time while a rival does his best to take you down. The GM sit-downs in previous versions of 2K were so wooden and painful to watch. Thankfully they are a thing of the past. My current general manager reminds me a lot of actor James Woods so I’m sure I will be forgiven for trying to antagonize him at every turn. Arguments with the GM and coaching staff aren’t the end of it either. Veteran players on you’re team treat you like garbage early on and try and force you to do demeaning things. Hazing the rookie is a fantastic new addition. I was so swept up in the game that every time I was asked to do something outrageous I would get angry. Creating an emotional response in between games is something new for 2K and it helps to break the monotony. 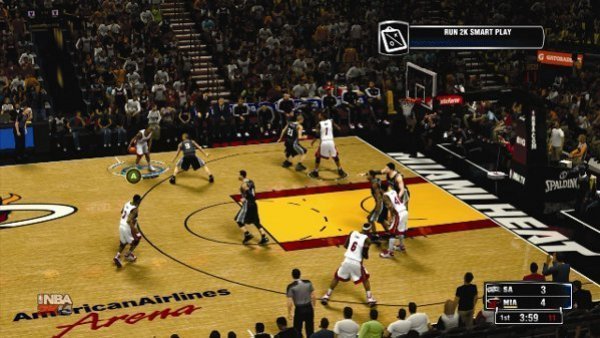 Conversations constantly break the 4th wall and acknowledge you as a player in a game in addition to references to characters playing NBA 2K. It may sound like shameless self-promotion but it comes across as harmless fun. This lighthearted side can pop up at seemingly any moment with some interactions feeling totally unscripted, keeping things interesting for players.

The new MyGM mode offers total control over every detail of your team. You won’t be using established teams, instead there is a draft for all the current players. This is strange at first but it makes the teams feel a lot more equal. Being in control of everything can be a little intimidating at first but as long as your on the court skills are decent MyGM mode has a lot to offer.

MyTEAM offers another style of gameplay. Once again you have total control of a team, the difference is the way you acquire players, jerseys, coaching staff, playbooks and home stadiums. Those of you with a soft spot for collectibles or any 90s kids may be in trouble as the MyTEAM mode revolves entirely around collecting basketball cards. Players can spend their hard earned virtual currency on packs of cards to try and improve all aspects of their line up. It didn’t take long for the collector in me to become obsessed with trying to get as many cards as I could and improve my team. 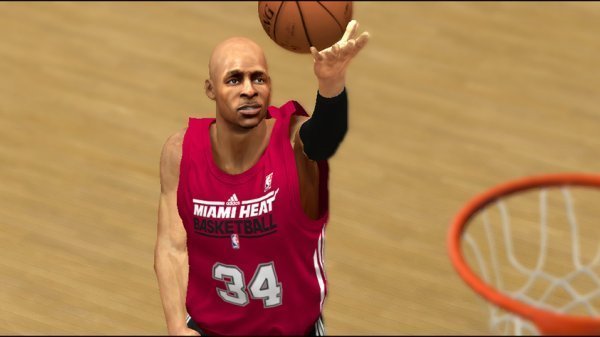 I was told this game was impressive but I wouldn’t fully understand until I had some one on one time with it. So true. This version of the game is finally what I have wanted from a 2K game for the last few years. If this is the first effort in the new generation I cant wait to see what improvements the team can make over the coming years in what is becoming a monster franchise.