Home » Reviews » MediEvil Review: A blast from the past 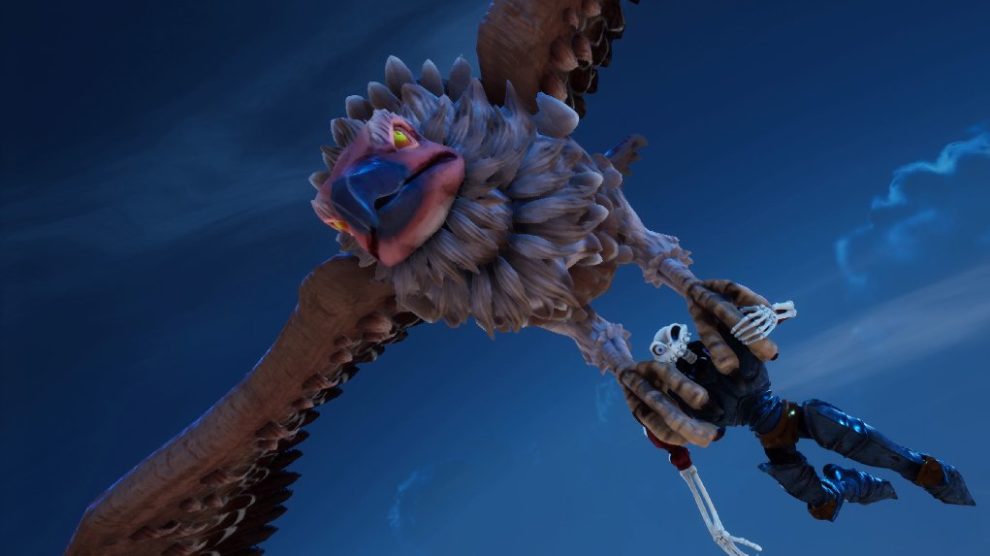 The last year or two has seen a number of former greats return to the fold, especially from the PlayStation console’s storied history. Crash Bandicoot returned to our screens in 2017, the Spyro Reignited Trilogy dropped in November 2018 and then in June of this year, Crash Team Racing — an absolute staple of my childhood, much to my little sister’s frustration — returned to round out a trifecta of nostalgia bombs we could all fall prey to.

Now, the time has come to revive yet another PS1 classic — MediEvil, brought to us by the team at Other Ocean.

Arriving almost exactly on its 21st birthday, this is a faithful recreation of the original title, warts and all (though those are mainly on the zombies). For those uninitiated, the game tells the story of Sir Daniel Fortesque, a heroic knight of the kingdom of Gallowmere. In life, he fought bravely against the evil sorcerer Zarok in his bid to overtake the kingdom, facing him in the kingdom’s final defence. Sadly though, he was struck down by a random arrow in the first ten seconds of the conflict. 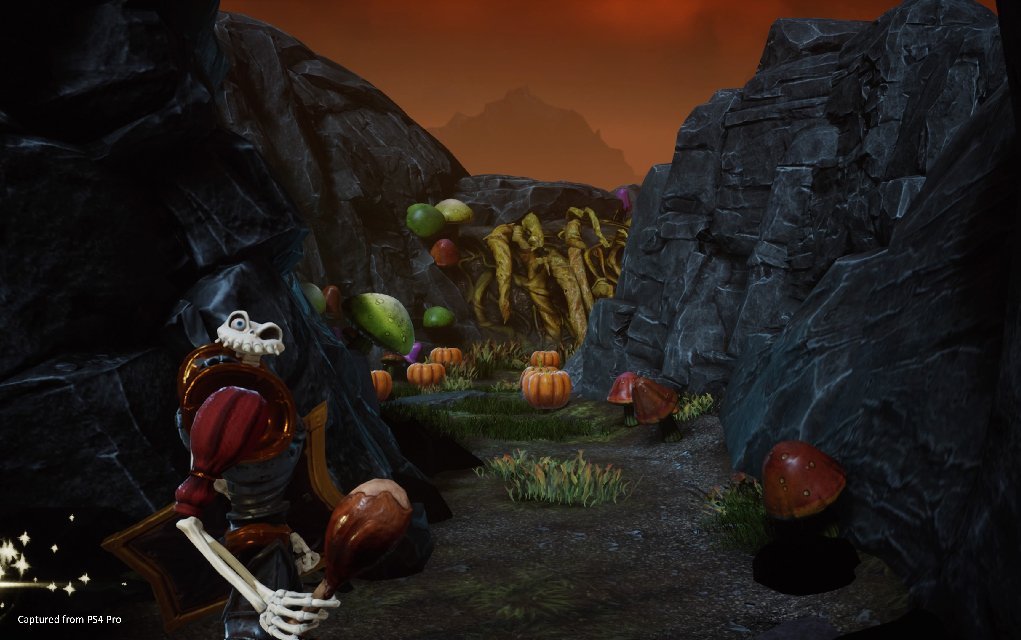 One hundred years, later Zarok makes himself known to the kingdom once more, raising the dead across the kingdom in a bid to overthrow the king… but accidentally raises Fortesque alongside all the other corpses in the realm. In death Sir Fortesque is a jawless, one-eyed skeleton, but his mission remains the same: defend the realm, defeat the wizard, and earn his reputation as the “Hero of Gallowmere” at long last. Awakening with nothing but his armour, Sir Dan sets out to arm himself, escape the graveyard and hunt down the man who put him there in the first place.

What follows is a game that is, quintessentially, a PS1 game. MediEvil sees you exploring branching levels to find secrets and keys, circling back and forth to find everything a completionist could ever want. Enemies await hidden behind walls or popping out of the ground, interrupting a perfectly nice stroll through the afterlife. Fortesque is faced with puzzles, locked doors and hidden chests and gold as he makes his way across Gallowmere, with weapons scattered throughout the kingdom to augment his arsenal – swords, clubs, crossbows and throwing daggers, among others.

The variety of weaponry is surprising from a game so early in the PlayStation’s life, but levels and enemies are built to encourage you to branch out from the classic sword and shield combo you would expect from a knightly character. In an early example of equipment decay, the strength of your shields is also finite; defend against one too many strikes and your defences will shatter, leaving no way to defend against enemy attacks. It’s a surprisingly complex combat system to find in a game from the same era as (the arguably more famous) original Crash Bandicoot, but it’s no wonder the game is fondly remembered so many. Early boss battles like the Stained Glass Demon stand out for their complex attack patterns and ability to force Dan to cycle between his different abilities and weapons. 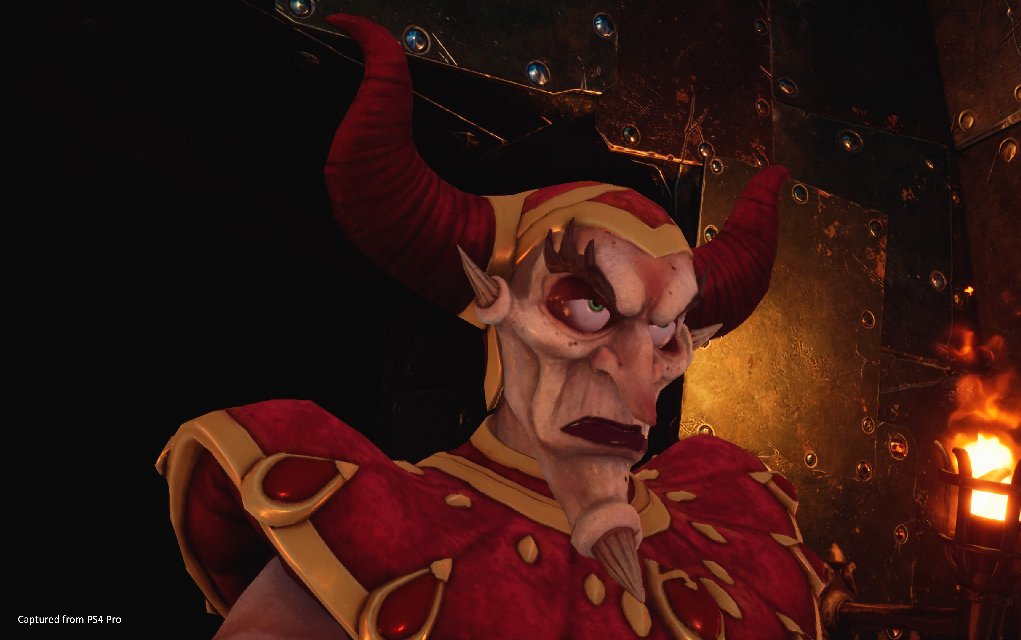 While the game has been rebuilt from the ground up, it adheres unfailingly to the source material. Other Ocean even imported the geometry of the original levels as the backbone of their remake, and it shows — every level, as visually upgraded as it is, feels like a PS1 game. The janky, lopsided aesthetic of the original lives on here, from haphazard gravestones and foliage to the cartoonish expressiveness of Sir Dan’s character model, originally designed to sell big emotion on a much, much smaller screen space. While souped up, the original soundtrack brings the same bouncy energy to the remake in 2019.

The one thing I can say about MediEvil is that it is a very faithful remake, for all the good and bad that entails. The team at Other Ocean clearly has essentially brought the original back to life as though they’d put a “future” filter over the top of it. For longtime fans this is bound to set off those nostalgia sirens in their heads — every secret and boss will be exactly where they left them two decades ago, allowing muscle memory to carry them through.

For all its merits, MediEvil still plays like a PS1 title. Combat is a hodgepodge, swinging wildly at enemies as they swarm you. Enemies don’t drop health or anything of the sort, with healing vials hidden away as you progress instead. This means it’s up to you to last through the level from trial and error until you reach one of these vials or the rare healing vortexes. Mess up? Then it’s back to the beginning of the level with you. 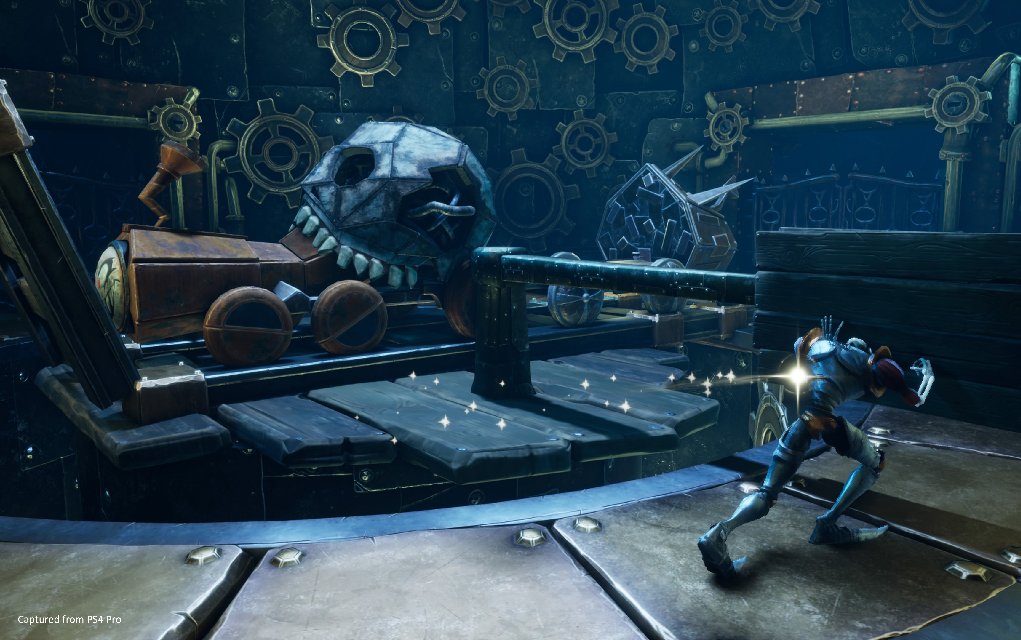 The controls feel wide (for lack of a better word) and the camera work is very much of its time. In the wake of the Crash remakes, and Spyro Reignited especially, the bar is set high for this kind of trip down memory lane. The Reignited Trilogy made a point to improve on its source, adding dimension to the visual design and tweaking the control scheme to work more to modern standards. Meanwhile, MediEvil 2019 is MediEvil 1998 in a prettier frock. She’s still just as awkward as the last time you saw her.

For those entering in here for the memories of a beloved game, I don’t want to knock the experience for you. This is the game you love! But unlike aforementioned remakes, nostalgia seems like a necessity to enjoy MediEvil rather than just being a bonus. Let all brave knights beware.

MediEvil was reviewed using a promotional code on PS4, as provided by the publisher. Click here to learn more about Stevivor’s scoring scale.