The Mass Effect franchise has had an interesting life. Developed by BioWare, the original was an Xbox 360 console exclusive for four long years, meaning that PS3 fans who heard about it through word of mouth were left longing. In fact, Mass Effect 2 was released on PS3 ahead of the original, and while Sony fans complained they were missing out, they might have been done a favour by BioWare – the first, while applauded for its relationships (both sexual and platonic) was criticised for slow pacing, clumsy delivery and limited choice. Besides, Mass Effect 2 was easily the best game of the trilogy.

Those controversies were left far behind when Mass Effect 3 crushed souls and broke hearts. Mass Effect 2 put the franchise on the map, forcing players to make gut-wrenching decisions that impacted the outcome of your journey. That ended with abruptly when fans, no matter what they’d decided previously, were treated to a colour palette swap at the end of the three-game arc. BioWare managed to save some face with a new ending (of sorts), delivered through rose-coloured DLC, but the damage was already done. Commander Shepard’s story still leaves a bitter taste in fans’ mouths.

History repeating itself is a major theme in Mass Effect, so it’s fitting that Andromeda follows suit. Thankfully, it manages to circumvent all that was bad about the franchise whilst staying true to its roots and refining what was already polished. Mass Effect: Andromeda is a science-fiction fan’s wet dream; a game incredibly difficult to put down once started. My current time played count on Xbox One is 63 hours over 6 days, and none of that has felt like a chore. 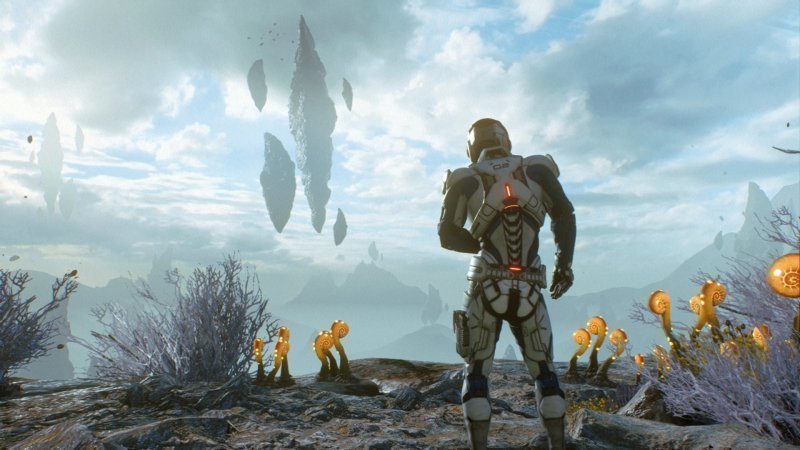 Andromeda takes place in the titular Andromeda galaxy, with each of Mass Effect’s main alien races building arks to reach after 600 long years. Where Commander Shepard was exploring the mystery of the Prothean race, either of the Ryder twins (of which you choose to control the male or female), gets to explore, well, everything. In the course of this grand mission — and as you’d expect — the fate of the galaxy ends up resting on your shoulders.

As the Milky Way galaxy’s plans to colonise the new frontier are completely obliterated, everything Ryder does is of utmost importance, from charting star systems to first contact opportunities. Food is scarce and power is a valuable commodity; colonists can’t be brought out of cryo until there’s an infrastructure in place to support them. That means everything is vital, from tech, minerals and biological components to a planet to host them all on, so you’ll have to make use of your scanners as much as your wits to continually decide upon the best course of action. As you move forward into the galaxy, you’ll need to protect yourself and the crew of your ship, the Tempest, but ultimately decide just how all the new inhabitants of the galaxy will survive.

Andromeda likes to refer to the explorations of Lewis & Clark as a parallel, but I couldn’t stop thinking about Star Trek as I played. First contact missions and first-person planetary travel from system to system made me feel like Jean-Luc Picard, but the rest of Andromeda is straight out of Captain Janeway’s playbook. Stranded in a hostile environment, learning its intricacies as you go — and faced with an enemy that’s got quite a bit in common with the Borg — you’re the one that gets to make the rules, then decide to bend or break them. As Pathfinder – the leader of your race – you can guide with a loving hand or iron fist; either course of action is thrilling. Do your ends justify your means, or should you be the example of what humanity strives to be? 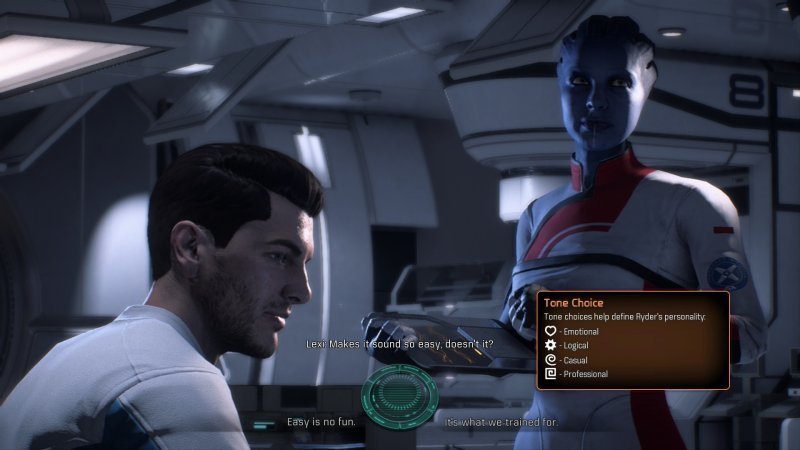 Traditional character responses like Renegade and Paragon have been replaced with a host of new options, but you can still see them in play. The left-hand side of the new dialogue wheel is for heartfelt or casual responses, and the right for cold and logical ones. I found myself using the left for shipmates and the right for others. While BioWare also promised opportunities for more romances on and off the Tempest, this homosexual found options thin. Of the shipmates I wanted to bone, two flat out didn’t want to consider my gender, one was eager but not my type and the other was creepily thirsty. It wasn’t exactly the love boat I was hoping for, and while I was happy with the outcome of my romantic decision, I wasn’t exactly thrilled to begin it.

Franchise fans may be dismayed to learn of both planetary and personal scanning this time around, but both are basic and don’t really get in the way. Planetary scanning is binary — something’s there or not, and you’ll know about it beforehand. Personal scanning will issue you with a prompt when you need to pull it out; it’s useful too, because that’ll provide you with the resources you need to craft.

Ever the RPG, crafting options are exhaustive and almost overwhelming. You’ll be able to create new armour, weaponry and augmentations spread over three trees – Milky Way, Andromeda and mysterious Remnant tech. With systems also in place for resource gathering and a hybrid Strike Team-slash-multiplayer component for gathering new gear, you could find yourself lost in a sea of menus rather than an uncharted sea on a new planet. While I’ve been diving headlong into both, my partner (no, my real-life one) has avoided the micro-management side and is still faring well in the main game. On normal difficulties, it doesn’t really matter which powers or profiles you use — I basically just stuck with the same set unless going for power-based Achievements — but the correct combination of options on your three fighters is crucial in harder difficulties. 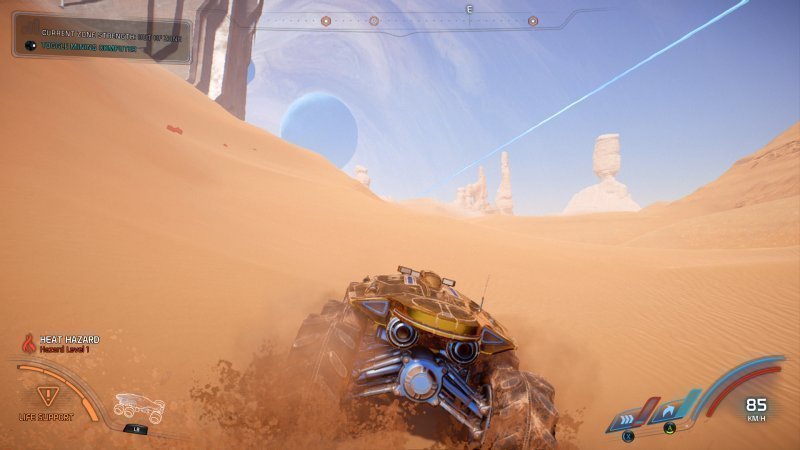 Like scanning, the reintroduction of a ground-based vehicle might have been a horrible option but isn’t. The Nomad is great fun to drive and explore planets with, though beefing up its shields and boost are a must. Unlike in the original trilogy, the Nomad fits well with Andromeda – everything is the unknown, and you need some way of getting up close and personal with it. With a variety of planets to land upon and explore, Andromeda manages to deliver upon all the promises No Man’s Sky could not.

The key to success in Andromeda is planet viability. Accomplishing missions on each planet adds to its viability metre; that, in turn, adds to the galaxy’s viability. Alongside teammate loyalty and influenced by key choices you make as leader of humanity, you shouldn’t hit the (soft) point of no return without high scores in each category. Without a level cap and far more missions than you’ll need to hit 100%, you can immerse yourself as much or as little as you’d like. The correct path is to dive right in, though – the heart and soul of Andromeda lies in the hearts and souls of the people who inhabit it. Wonky animations or not, pure joy comes from getting to know the Andromeda galaxy’s main players.

That soul can’t save some glaring problems with the Frostbite engine. The game will simply freeze when you’re travelling too fast than it can render, pausing you in place while things right themselves. It happens fairly frequently, especially with a souped up Nomad on large planets, and throws you from an otherwise immersive experience. Occasionally, the game will freeze so badly that you’ll need to quit out, but that happens far less. Occasionally, the mission tracker will bug out as well, losing track of objectives and generally leaving you lost. In fact, one of the first core missions you’ll undertake — activating a panel — is so horribly explained, you may find yourself scratching your head. 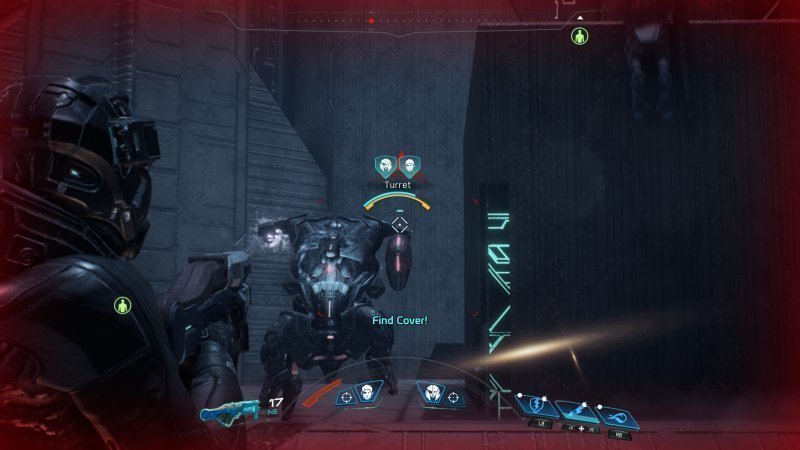 In the end, these problems are hardly noticeable, much like the stiff animations the masses (pardon the pun) seem to be focusing upon. Andromeda is superb, easily jettisoning Ryder and crew ahead of Commander Shepard and his team. It’s clear BioWare has learned lessons with the original Mass Effect trilogy, offering something even better and far more cohesive with this new series. Its only misstep is a slow, labouring tutorial that lasts the better part of five hours; though, after 60 more, it seems like nothing more than a distant memory. Offering deep, engaging characters, a new lore for a new galaxy (but enough interconnected so franchise fans don’t feel left out) and a stellar storyline, gamers of any background will find something to do in the far off reaches of the universe.

Savour the experience, boys and girls, and delight in carefully-placed groundwork that will ensure more adventures to come… and hopefully more for your twin to do.

Mass Effect: Andromeda was reviewed using a promotional code on Xbox One, as provided by the publisher. Click here to learn more about Stevivor’s scoring scale.