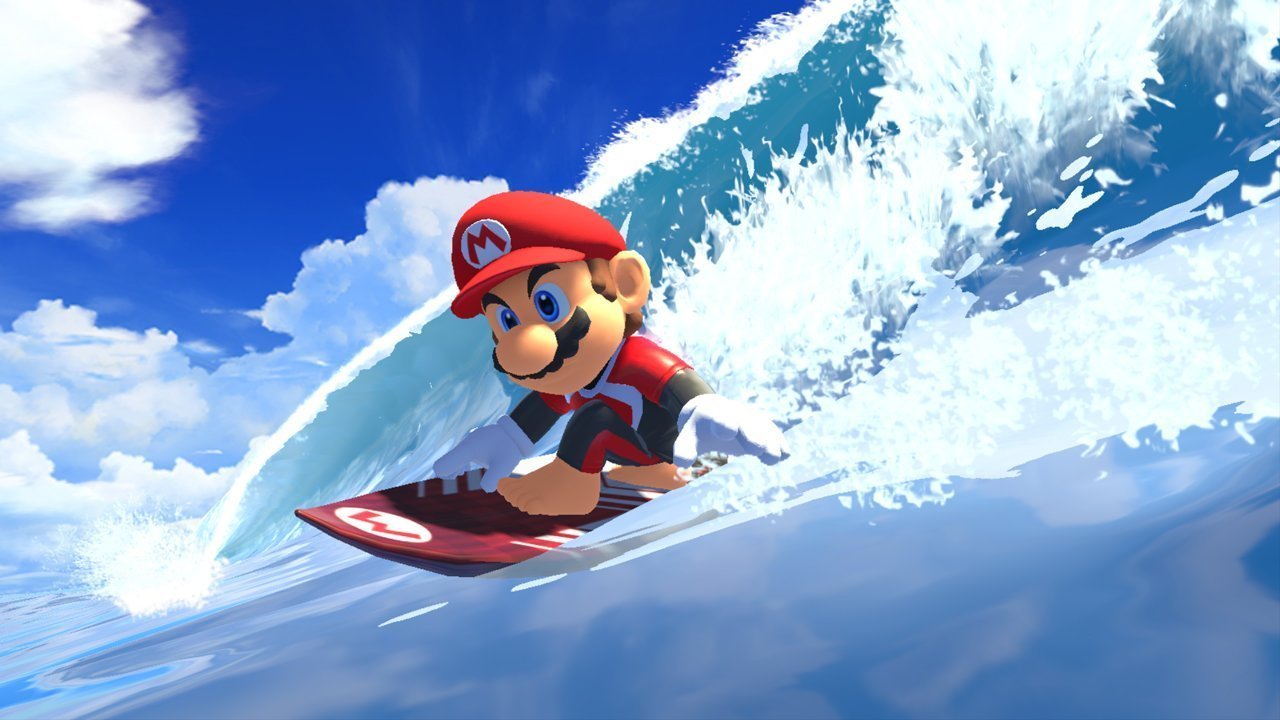 One more lap around the track.

Another Olympics, another thinly veiled tie-in. This year’s latest Summer Olympics offering is Mario & Sonic at the Olympic Games Tokyo 2020, exclusive to Nintendo Switch and as much a love letter to the two famed franchises as it is to Tokyo and the games themselves.

Sticking with what works, those who dive in can choose between a number of standalone mini-games inspired by Olympic events of Japan itself, though a Story Mode will unlock more goodies to use than initally provided. In each mini-game, strung together by story or not, players will be tasked to accomplish their goal by holding a button, mashing a button, charging a button, successfully completing quicktime events, aiming an arc successful and so on and so forth.

Olympic events on offer include track and field, archery, gymnastics, football, judo, boxing, marathon,  equestrian alongside new events including skateboarding, surfing, sport climbing and karate. Tokyo highlight events also include mini games that will have you boating down rivers and scaling the Tokyo Tower. Events are in both 2D and 3D, with the former taking on 8- and 16-bit elements of Mario and Sonic‘s pasts, respectively. A full list of events can be found here.

The retro stylings are really a result of Story mode, where the franchise’s heavy hitters (Mario, Sonic, Eggman, Bowser and Toad) are thrown back in time to the 1964 Tokyo Summer Olympics. While the nitpicker in me feels the need to point out that we didn’t have 8- or 16-bit game systems back then — and that it’s weird to see a very blocky Mario and Bowser alongside a slightly more defined Sonic and Eggman — the change in stylings provides a refreshing little change as you go through button-mashing events.

With our big names in the past, a giant roster of B-listers remains in the present (well, technically the future) at the 2020 Tokyo games, sort of competing alongside other nations but otherwise just randomly allowed to take part in friendly bouts with their friends. Anyways, it’s all just a gimmick to get you playing through karate and skateboarding, so let’s just dwell on it too long.

At the end of the day, Mario & Sonic at the Olympic Games Tokyo 2020 is serviceable, a bit boring for adults but likely to be engaging for little ones. In addition to mini-games galore — which will likely take mature players one instance to blunder before things clicking and then becoming an expert in the event — players can also explore Story mode and collect trivia facts on not only the games themselves but both the Mario and Sonic franchises.

Set your expectations accordingly and Mario & Sonic at the Olympic Games Tokyo 2020 will likely provide some fun and frivolity as you eagerly await the real thing next year.

Mario & Sonic at the Olympic Games Tokyo 2020 was reviewed using a promotional code on Switch, as provided by the publisher. Click here to learn more about Stevivor’s scoring scale.