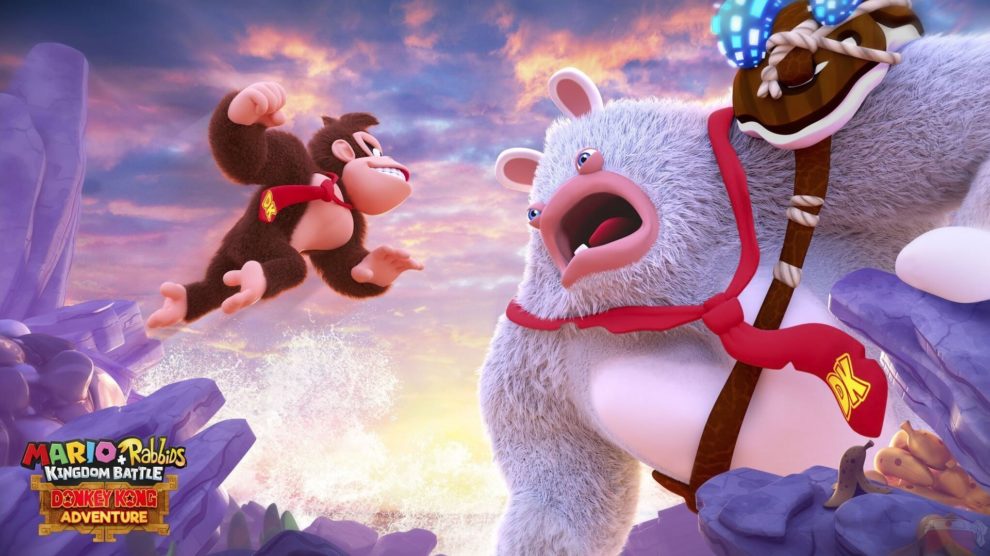 Retaining the same general structure of Kingdom Battle, Donkey Kong Adventure does away with a swappable team roster and instead makes you fight as newcomers Donkey Kong and Rabbid Cranky alongside returning fighter Rabbid Peach. You’re tasked to take down — who else — Rabbid Kong across four new locales.

Despite being the top-billed star of the DLC, Donkey Kong generally takes a back seat to the Rabbids when it comes to cutscenes (bwaaah and all that). In action, though, he’s a powerhouse, able to pick up cover — including explosive elemental cover — and lob it at enemies. He can also pick up teammates and lob them in the air like a normal team jump. He also comes armed with bongos (because of course) that draw enemies near. 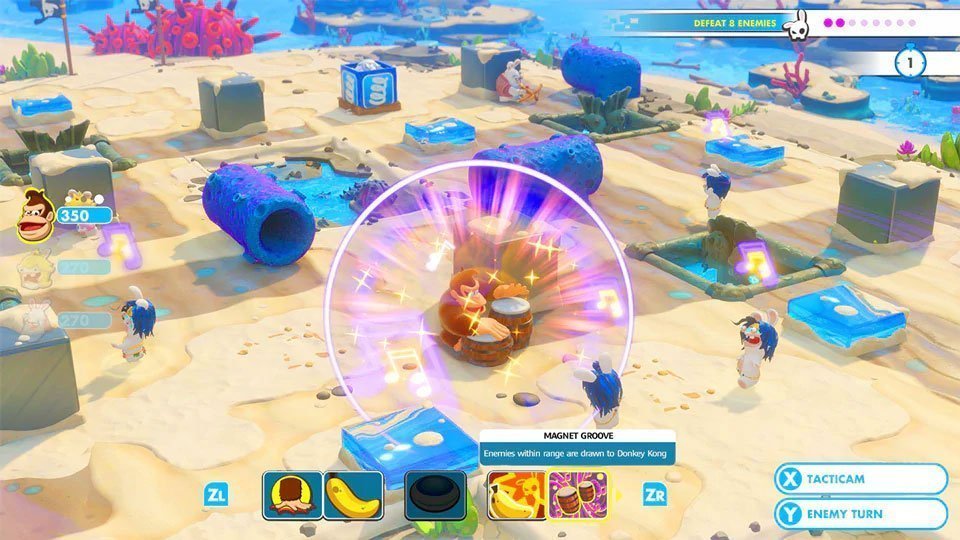 Perhaps DK’s best move is to grab spawning enemy Rabbids by the ears in order to throw them at their teammates. There’s a vicious satisfaction there, dealing heavy damage to newcomers before they can actually enter the battlefield.

Rabbid Cranky embodies the sentiment of “get off my lawn,” an expert in picking off enemies as they fly through the air. He’s pretty airborne himself, able to rain fire upon enemies in the midst of a team jump.  Together with Rabbid Peach, the trio offer up a range of attacks and buffs that strategically work well. Good thing, eh, as you can’t swap ’em out for any other of your favourites.

Puzzles return in the DLC, this time offering additional soundtrack pieces composed by Grant Kirkhope, the same talent behind Donkey Kong Country 64. Kirkhope’s excellent compositions truly help to make the game feel Kong-esque and are worth tracking down. 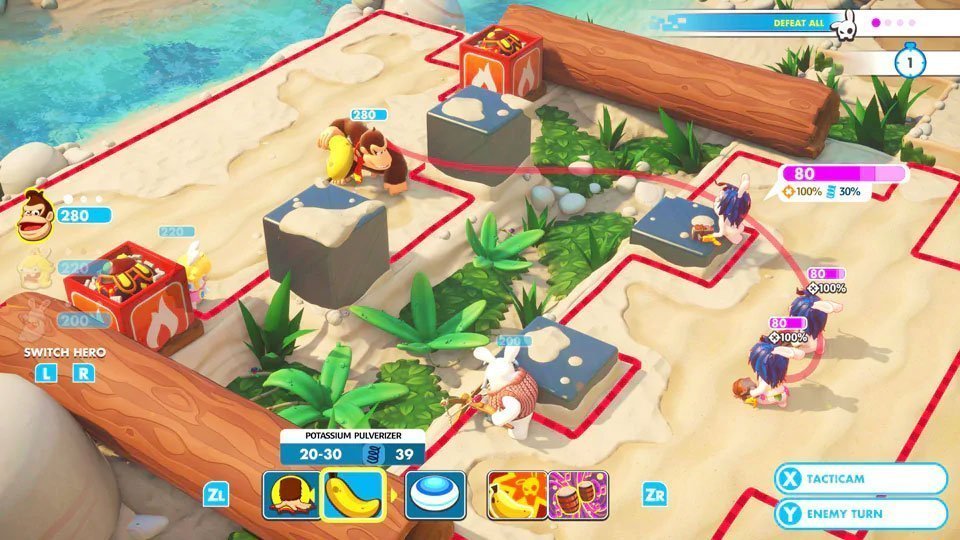 Ultimately, Donkey Kong Adventure is more Mario + Rabbids Kingdom Battle, even if it overstays its welcome just a little bit. While its core gameplay is enjoyable, it does tend to get a bit repetitious, especially after long play sessions. Enjoy this one in smaller chunks and you’ll be just fine.